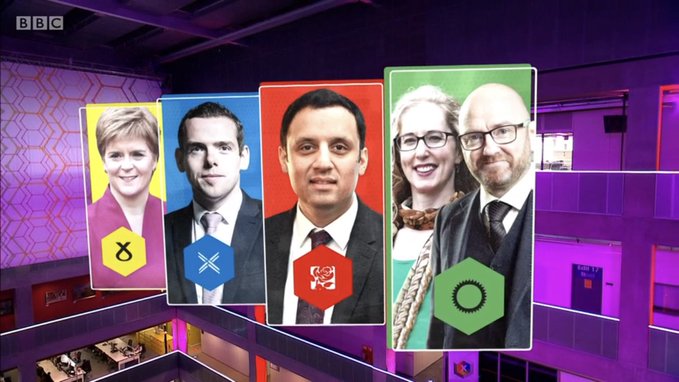 A big moment for Scotland and Democracy

The morning after the 2014 indyref UK PM David Cameron stood on the Downing Street steps and said it was time to listen to England and bring in “English Votes for English Laws.” Fast forward seven years, Scotland went to the polls and before most of the results were declared Boris Johnson gave an interview to the Daily Telegraph where he said no to another indyref calling it “irresponsible and reckless.”

Tory contempt for the people runs deep when they express what Tories decree is the wrong answer. Scottish Tory leader Douglas Ross on multiple occasions could not bring himself to say that he would respect the will of the Scottish people in Thursday’s election, despite numerous journalists asking him whether in his logic he allowed for any legal route to a future indyref: a point he could not answer.

Yet we are confronted with the reality of Tory resurgence based on England, and the end of British politics, while there is an entity called the UK Government drawing nearly all of its support and rationale from England. Something has gone way wrong in England. Eleven years of Tory-dominated Government and they have been able to pose themselves as the party of change and the future – unlike Labour. This is usually a point when incumbency begins to affect administrations, the rot sets in with UK Governments, and they are defined by exhaustion and heading to electoral defeat.

This is the pattern of previous eras of Tory rule. Eleven years into the Tory administrations that began in 1951 with Churchill takes us to Harold Macmillan engulfed in crisis in 1962. In “the night of the long knives” he axed many of the senior figures in his Cabinet, and was out of office by the next year, with Labour’s Harold Wilson in Downing Street the year after.

In the Thatcher years post-1979 by the time we are eleven years into her reign, Europe, the poll tax and increasing authoritarianism had eaten away at her popularity; and by the end of 1990 the Tory parliamentary party rose up and overthrew her, leading to John Major becoming Prime Minister. Whereas now eleven years of Tory dominance looks like almost the beginning such is their strength in England and the depth of Labour’s weakness.

A good moment for Scottish democracy

Good things came out of the Scottish elections including the highest turnout of any for the Scottish Parliament. There are several reasons for this. One is the importance of the independence debate. Another is the experience of COVID and the pandemic which brought to the fore the role of the Scottish Government. This is both a democratic success and a challenge to politics and the closed order nature of too many of our political parties.

The turnout gives the election more importance. The SNP vote in actual number is the highest it has ever been in a devolved election. The party has polled impressively fourteen years into office; only two months after the Salmond-Sturgeon controversy reached its climax after overshadowing politics for so long.

The SNP now have a historic fourth term, but have just fallen short of an overall majority. This will be used by Johnson and Tories to try to resist the push for another indyref. But what they are pursuing is a FPTP winner takes all mindset in a political system based on PR.

Sturgeon’s leadership has been strengthened, but she needs to take stock and develop a more collegiate form of leadership and politics. One dramatic gesture which would illustrate a more pluralist approach would be for the SNP to form a formal coalition or agreement with the Scottish Greens: a party Alex Massie called this week “genuinely wicked” for daring to question the bust economic model. Such a move would be a powerful signal that Sturgeon and the SNP recognised that from their position of strength is a need to do politics and government differently. It would also show strategic insight and intelligence, challenging the conservatism in part of the SNP and necessitating that the Greens step up to another level.

Similarly from this moment of success it would be a shrewd move to let the SNP as a party breathe more, have more freedom and say in things. A host of substantive strategic debates about Scotland and independence have been stalled in the SNP and elsewhere over the past seven years of Sturgeon leadership. This cannot go on forever, and eventually the dam will burst.

If we are to talk about democracy we need to be able to talk about and champion home-grown democracy as well as its condition in relation to Westminster. The spirit and desire for democratic engagement has been shown in these elections, with people queueing to vote in some places as the rain poured down. But the degree of centralisation, top-down control and lack of local democracy has now become acute in Scotland and diminishes our democracy and public life.

The lack of democracy in UK politics, and the imposition of policies and values that we do not want and have not chosen, is a fundamental. Opposing this state of affairs is strengthened if we do not practice our own politics of a mini-Westminster.

If, as looks likely at the moment, the Tories win the next UK election they will have been in office for what will amount to nineteen consecutive years. Bad as that sounds the situation is even grimmer. If they win the next UK election the Tories will have been in office over the past half century – from 1979 to 2029 – for 37 out of 50 years, that is 74% of the time.

During that period, Scotland would have got the government it voted for on three occasions out of twelve – for 26% of the time. With eighteen years of Tory rule under Thatcher and Major and a possible nineteen years beckoning Scotland it seems “once in a generation” gets a government it votes for which is in the long run unsustainable.

With a Tory fifth term beckoning Scotland will not have voted Tory since it did so narrowly in 1959 – which by the end of a fifth term would be seventy years previous with Scotland getting Tory Governments it never voted for over that period for a staggering 46 years of that seventy. Democracy and legitimacy matter here as much as legal definitions and cannot indefinitely survive such democratic deficits.

This then was a good election for Nicola Sturgeon. It also was for Anas Sarwar who brought a different tone to Labour but has now to fill it out with content; and for the new co-leaders of the Scottish Greens Patrick Harvie and Lorna Slater. It was a poor election for Douglas Ross who showed none of the cheek and touch that Ruth Davidson brought to things, and what it illustrates is that while the Tory base is galvinised by ‘No to indyref2’, the party is still far off thinking about how it modernises and detoxifies its appeal. And Willie Rennie kept the Lib Dems with a foothold.

It was also an election campaign where self-important men of a certain age – Alex Salmond and George Galloway in particular – hopefully came to the end of the road. Both complained about being kept out of TV and radio debates and huffed and puffed various threats, but their pantomime acts took up too much time and oxygen and we should never entertain them or their like again.

There are some big questions that we need to ask ourselves about how we do politics, democracy, decisions and independence. The economic vacuum at the heart of Scottish politics has to be addressed; challenging the economic orthodoxies of recent decades means that there has to be a greater not lesser understanding of economics. Then there is how we analyse the impact of public spending, its constraints, choices and consequences, and how as presently constituted it does not aid progress to a fairer, better Scotland which most of us want.

The hardship and hurt of COVID which has affected so many people and communities over the past year plus has been a national tragedy. It has hit those must vulnerable and will, without significant intervention and effort, further increase already grotesque inequalities. In particular, there is the scandal of what has happened to a generation of working class children in our schools and education system and how we look after and support them and give back the opportunities which have been removed from them. We cannot as a nation and society afford to have a whole cohort of children and young people whose lives are permanently blighted.

We need to think of our democracy in a more nuanced way, rather than just in contrast to Westminster. We have to embrace a more decentralist, local and pluralist politics, where Holyrood has the confidence in people and itself to let go a bit and trust people as adults and citizens. This touches on the slow rise of insider politics that comes with the SNP being in office so long, and which has seen corporate interests learn how to work the new points of access and influence, which the government and party are going to have to be alert and sensitive to. Corporate capture of our politics is as much a burning issue in Scotland as it is in Westminster.

Independence cannot be the distant allure that remains far away, always in the far distance, tantalisingly close but out of touch, which in turn keeps the SNP’s troops from being mutinous. Independence as an abstract and catch-all that people can invest with whatever vision of Scotland they want – from neo-liberal independentistas and corporate lobbyists to today’s equivalent of the Red Clydesiders, is not going to have serious traction.

Independence supporters have to recognise the balance of opinion in the country and that the election reflects as James Mitchell says “electoral trench warfare” with Joyce McMillan observing that “there is no shortcut to independence beyond building unassailable levels of support”.

Thus requires a political approach which goes beyond simplicities and binary distinctions. This includes going beyond the supposed charms of wild men with instant solutions, but also those continually punting independence into the long grass; the politics of uber-impatience and ultra-centrism both having profound flaws and limits. Instead, there has to be a seriousness and sense of strategy, alongside a bit of humility and listening to the Scotland that is not yet convinced and beyond our echo chambers.