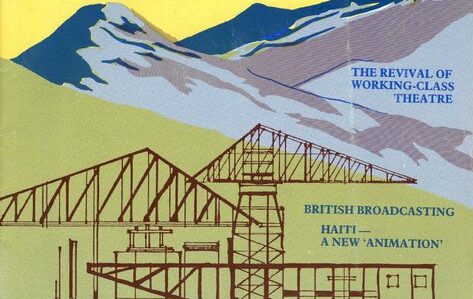 Where and who are Scotland’s radicals today? Gerry Hassan Scottish Review, June 30th 2021 Summer has arrived in Scotland and what passes for holidays in a pandemic  – schools formally off, the Scottish Parliament in recess, lots of staycationing, and maybe even Nicola Sturgeon feeling she is entitled to at least a short holiday. UK politics never seems short of crisis, incident and scandal. Boris Johnson’s haphazard but so far popular Premiership is proving ill-disposed to running a country facing the twin hits of Brexit and COVID-19. Beneath the noise, charge and counter-charge Scottish and UK politics and politicians are

Continue Reading Where and who are Scotland’s radicals today? 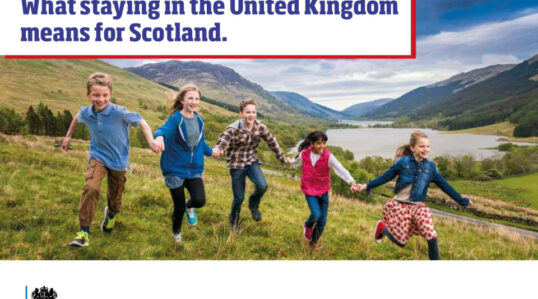 Continue Reading Scotland will not be Scotland: The Consequences of Independence

Rise Now and Be a Nation Again: Can a genuine English democratic politics emerge? Gerry Hassan Sunday National, January 26th 2020 England has always mattered to Scotland, and indeed to Wales and Northern Ireland. It has 84% of the UK’s population and 533 of the 650 seats in the House of Commons – which means that as of now how England votes gives the rest of the UK the government England wants, irrespective of how the Scots, Welsh and Northern Irish vote. Yet of late, England as a substitute for the UK has become increasingly evident. This is not just

Continue Reading Rise Now and Be a Nation Again: Can a genuine English democratic politics emerge?

The next Battle of Britain is going to about England’s future Gerry Hassan Scottish Review, February 6th 2019 Brexit certainly seems increasingly to be about England – or a certain version of England and a rather specific version of the past. Take last week for example. The previous Tuesday was another landmark day for Brexit. There were numerous big parliamentary votes and the House of Commons made clear again that it was unhappy with Theresa May’s deal with the EU. BBC News knew this was a big moment and the next day ended their flagship ‘Six O’Clock News’ announcing: ‘Theresa

Britain, Brexit and Why Winston Churchill is Alive and Kicking in this Mess Gerry Hassan Le Monde, January 21st 2019 Britain is not a happy place. But then neither is much of the Western world. Instead, it is angry. A country where many people feel let down, not respected or listened to by politicians, institutions and elites. In the UK, unlike elsewhere, this discontent fed into and aided the victory of the Brexiteers in the 2016 referendum. The subsequent near three years of continual Brexit discussions between the UK and EU, and within the UK, have not produced an agreed

Continue Reading Britain, Brexit and Why Winston Churchill is Alive and Kicking in this Mess

Brexit is aiding the break-up of Britain but this crisis has deeper roots Gerry Hassan Scottish Review, June 20th 2018 Brexit isn’t going well. Two years after the referendum vote for the UK to leave the EU there is still no agreed plan on what kind of Brexit the UK Government wants. Theresa May’s administration staggers from day to day - too weak to dare to define what it stands for - facing regular crises, critical parliamentary votes and defeats. Last week, after Scottish affairs was reduced to 15 minutes in the House of Commons, the SNP walked out during

The Good Ship Britannia Sinks Below the Waves: Scotland, Brexit and the Thoughts of Tim Shipman Gerry Hassan Bella Caledonia, June 13th 2018 The events of the last two days have shown how the British establishment, political classes and their supporters view the UK. There is the contempt and chaos in the Brexit process; ‘Taking Back Control’ has come down to running roughshod over parliamentary processes, Henry VIII powers, with Scotland being treated with the disdain of a mere fifteen-minute non-debate on the key Brexit bill. Similarly, crocodile tears for Northern Ireland were shown to be empty - with no

Continue Reading The Good Ship Britannia Sinks Below the Waves: Scotland, Brexit and the Thoughts of Tim Shipman

A Scotland without Nationalism Gerry Hassan Scottish Review, April 19th 2017 Wouldn’t it be great to live in a Scotland without nationalism? That is the clarion call put forward regularly by opponents of the SNP and independence. Nationalism is a worldwide phenomenon - although many popular discussions, including those in Scotland, take place without offering any definition. Yet, the late James Kellas spent his academic life studying nationalism, described it as: Nationalism is both an ideology and a form of behaviour … In all cases, nationalism seeks to defend and promote the interests of the nation … Nationalist behaviour is

Continue Reading A Scotland without Nationalism

Nationalism – Scottish or British – is never enough. It always says: ‘We are the Good Guys’ Gerry Hassan Scottish Review, March 8th 2017 Nationalism is one of the defining features of Scotland and modern Scotland. Last week UK Prime Minister Theresa May came north to the Scottish Tory conference in Glasgow, asking the Scots to think again, lambasting the SNP and their ‘constitutional obsessions’ and ‘tunnel vision nationalism’. Apart from the ridiculousness of the first point, considering the UK Government’s obsession with Brexit, the second was in the tradition known the world over of majority nationalisms (British) lecturing minority

Continue Reading Nationalism – Scottish or British – is never enough. It always says: ‘We are the Good Guys’

The UK as we know it can't survive Brexit and Trump Gerry Hassan The Guardian, November 17th 2016 The United Kingdom’s sense of itself and place in the world is more in question now than it was before Donald Trump’s election. It was already facing the precarious process of Brexit that has destabilised the nature of fifty years plus of UK foreign policy and international alliances. All of this should be a moment for opposition but Jeremy Corbyn’s Labour are missing in action, focusing on internal battles, and letting the struggle with the Tories slip through their fingers. Whatever the