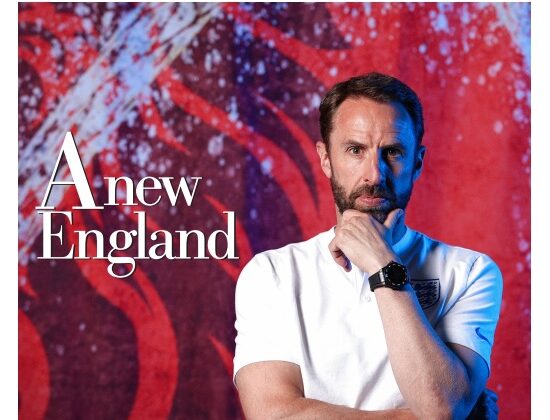 A new England is emerging – modern, hopeful and not about the past

England’s success in getting to the European Championship final today at Wembley is a major football moment – and a lot more. This is the first time England have ever reached the final of this tournament and only the second time they have ever reached a major competition final – the other being 1966 and victory over West Germany.

Football has long provided a means by which people have found enjoyment, release, exhilaration and disappointment. But it is also about the potency of collective memories. In this England are no exception. From the high of 1966 came the subsequent folklore of “thirty years of hurt” and “it’s coming home”; the heartache of the 1990 World Cup and dashed hopes of 1996, then followed by the different feel and era of Gareth Southgate’s reign as England manager- reaching the World Cup semis in 2018 and going one step further this time.

Football provides ways to express togetherness and connectedness – something Euro 2020 has done even more with the added pathos of coming a year and a half into the COVID-19 pandemic.

The role of the English men’s national football team under Southgate has represented a change compared to the years before. Southgate began working with the FA as under-21 coach in 2013 and became caretaker manager in 2016 after Sam Allardyce’s sudden departure – being made permanent after four games. Coming after the unedifying years of the England men’s team as a media circus under Sven-Goran Eriksson, in the era of celebrity footballers and their WAGs, Southgate’s style is a break with the recent past and a breath of fresh air.

There was Southgate’s stand against racism prior to the tournament and his “This is England” statement: “I have never believed that we should just stick to football”. This was courageous leadership the like of which is rarely seen in British public life: taking a stand for racial equality and standing down his critics. Labour’s Keir Starmer was left applauding from the touchline.

This was enough to cause Tory MP Lee Anderson to embrace his own “cancel culture” and declare he would no longer support England; likewise the apoplexy of right-wingers worried about the capture of the English team by the forces of “deep woke”; and a minority of fans booing their own English team at the start of games as they took the knee.

The English team plays a role in how England sees itself and the stories it tells – which impacts on Scotland. In all of this is the long tail of 1966, that in many respects was the last great uncontested British sporting triumph. This was a time when the flag of England supporters was the Union Jack, and the mascot of the tournament held in England was a Union Jack lion (“World Cup Willie”). Set against the backdrop of Harold Wilson’s March 1966 landside Labour victory this was the last political moment before Scotland, Wales and Northern Ireland began to develop their own distinctive politics and voices which challenged the British state.

1966 was a time when football was less centrestage in public life and of course mass media, and less continually sold and resold to us. Paul Mason reflects that immediately after the game there was nothing but “silence” in his street and in wider society, and a lack of spontaneity.

Moreover, in the immediate aftermath of the English victory in July 1966 the next day’s Scotsman and Herald did not go to town; the Scotsman’s top story was “Lyceum to change play policy” while the Herald carried a photo of the West German team going home, not the English; and the match details were on the back sports pages.

Scotland’s supporters and non-English fans for years made the point that English commentators wouldn’t stop going on about 1966. This was true to an extent, but the real story is more complicated. England’s triumph was quickly followed by pain, anguish and decline. There was the 1970 reversal of fortunes as the reigning World champions were put out by West Germany in Mexico, squandering a 2-0 lead to lose 3-2.

Even worse was the bittersweet failure to qualify for the 1974 World Cup – drawing 1-1 with Poland at Wembley; the first time since England had entered the competition in 1950 that they failed to make the finals.

It is this English humiliation and embarrassment after so recently winning the World Cup – the revenge by West Germany in 1970 and the cheeky resolve of Poland in 1973 – which puts 1966 in context. The Wembley 1966 victory prolonged an English entitlement and condescension of foreigners which had been incubated in the game from the outset, and which less we forget was also very present in the Scottish game.

That had received a hammer blow in England with the magnificent Magyars of Puskas and company winning 6-3 at Wembley in 1953: the first time a foreign team had won on England’s home turf. The Scots suffered a similar ignominy when they lost their first ever fixture to a foreign team, thrashed 5-0 by Austria in 1931.

One theory of 1966 north of the border is that it is less the actual English victory that jarred. Rather it is the English reaction, mixed with the audible pain of all those disappointments which kept coming quick and fast: 1970 and 1973 being followed by the failure to qualify for Argentina in 1978 and the bruises of the 1980s when English supporters and clubs were regarded as pariahs.

From the 1966 World Cup to 1996 European Championship – hosted in England – a very different national team, feel for the game, and celebration by supporters, emerged. For this tournament, unlike 1966, Scotland also qualified, the two were drawn in the same group, England won 2-0, Gary McAllister missed a penalty and Gazza went upfield and scored the decisive goal.

“The culture of English football shifted, in ways that still resonate now, 25 years on” says Sunder Katwala of British Future. England fans openly embraced the flag of their nation – the St George’s Cross – for the first time. The backdrop is important: this was the fag end of John Major’s unpopular Conservative government, Tony Blair and New Labour had a stratospheric lead in the polls, and the music of “Britpop” was everywhere. There was something in the air, and this translated into the waving of the flag which had once been the preserve of the far right and fascists, without recourse to racism and xenophobia. This was a sea change at least in flags and attitudes of England supporters.

This brings us to the present. The UK is not the same country of 1966 or 1996. There is no homogeneous British politics except the artifice of Westminster. Scotland, Wales and Northern Ireland have all accelerated their decoupling from the rotten centre. Wilson, Blair, Brown all came and went, and the UK and Scotland has had many Conservative governments: that Scotland did not vote for in significant numbers.

A Tory Government led by shameless Boris Johnson, cheered on by right-wing media and commentators, has imported American ideas of “culture wars” from the US. They have sought to sow division, stigmatise opponents, and close down debate on slavery, statues and the legacy of Empire, while portraying themselves as defenders of free speech. This from a government which brazenly flouts the law and only this week proposed a bill on asylum and refugees which breaks international law making it illegal to help refugees trying to enter the UK – which could criminalise the RNLI.

It is in this context that the continual evoking of “England as Britain” grates and is an affront to Scotland, Wales and Northern Ireland. It has become more incongruous as the UK has ceased to be in any real sense a united kingdom, and is nearly as much of an insult to England as everyone else.

England needs to speak, celebrate and imagine itself as England, and at the moment “England as Britain” means that it cannot. Even the most basic English reflections by commentators can be interpreted as problematic, such is the nature of the UK and broadcast media transmitting all-England conversations to the four nations of the UK.

The Scotland v England rivalry is the oldest in the footballing world, but ceased to be important years ago to the English and most Scots. Paul Hutcheon in the aftermath of England reaching the Euro final said: “I’ve reached a wounding conclusion after watching the Euros. Scots see England as their main footballing rival. Folk from England do not see Scotland in these terms.” Some people objected to this, others talked about the myriad world of football rivalries, but what is clear is that in both nations the Scottish-English football rivalry is not what it once was.

That should mean that Scots evolve in how we view England. Once upon a time many Scots cheered England on in 1966 and other occasions; then we grew to appreciate ourselves more and enjoy England getting their comeuppance; this then drifted for some into the hardening of attitudes of “Anyone But England” which is how some will view the final. Yet isn’t it possible that with the emergence of Southgate and this England team that attitudes in Scotland may shift again and become more nuanced?

Something is shifting in England about more than football. The era of Paul Mason’s “silence” has long gone; we live in times defined by spontaneity and searching for togetherness. There is the incessant noise of public life and social media, but the journey from that deferential, hierarchical society where we were all told our place was always going to be messy.

The England team that takes the field today shows that there are many different Englands. The racist, xenophobic, hate filled right-wing press do not speak for England. Boris Johnson and the Tories do not speak for England: they may have won an overall majority in 2019 based on English votes, but the last time the Tories won a majority of the English popular vote was 1955 – the only occasion since 1945 (when they also won a majority of the vote in Scotland).

Brexit won a majority in England and Wales, but even in this there are other Englands: the multicultural world city of London alongside the great cities of Manchester, Liverpool and Leeds. Many left-wingers and liberals only see the England of reaction and nastiness: a failure even Fintan O’Toole fell into writing about England and Brexit in his book on the subject, Heroic Failure.

Southgate’s team represent a generous, diverse England, as far removed from the punitive Tories and their grubby right-wing friends as possible. They know this English team is not of them or about them.

So rather than hold onto grudges or get annoyed by Rio Ferdinand’s ramblings, today we should reflect on the best of football, our friends and neighbours and ourselves. Let’s reflect on this moment of England’s dreaming – the articulation of a modern, cosmopolitan, progressive, multi-cultural, hopeful England – a nation and feeling that has yet to find its form and voice in its politics.

Ryu Spaeth in the New York magazine observed: “What story will England tell? Will it be about a triumph of multi-racialism and tolerance over bigotry and small-mindedness? Or a more chauvinistic notion of England made great again? The likely answer, unsatisfactory for all sides in England’s endless season of soul-searching, is that it will be both.”

The British Empire state which has constrained the vast majority and worked to the advantage and self-interest of the Tories, privilege and the ruling classes, is fraying and crumbling. The arrival of a new England could be the last factor that topples it over and lets us find a new set of arrangements for the peoples of these isles. Revolutions often come in the unlikeliest of forms – maybe Gareth Southgate is the harbinger of that new England and age to come?