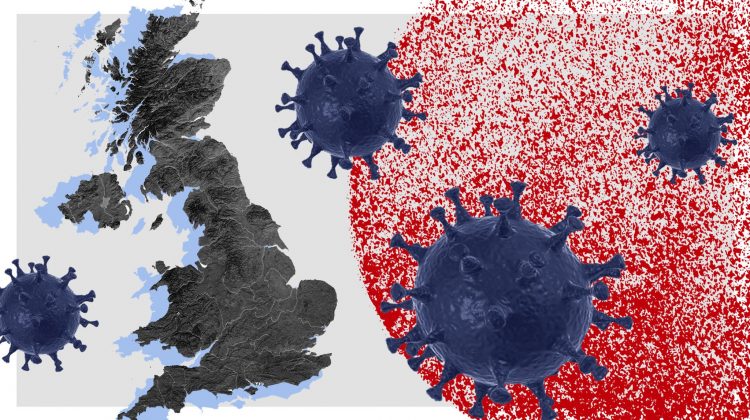 After the Virus: Debating the Big Issues in Society and Scotland

After COVID-19 what will our society, our lives and our politics look like? How will we return to talking about the big issues and in a way that faces up to the huge challenges in Scotland, the UK and beyond?

A brief survey of the landscape we will face is illustrative. At least 64,000 UK citizens are dead from COVID-19. On Neil Ferguson’s assessment at least 25,000 of these deaths were avoidable and could have been prevented by earlier more decisive action by the UK Government including implementing an earlier lockdown.

The failure of UK Government is the most serious and harmful in domestic public policy terms since 1945, and raises major questions. These include the lack of government preparedness for emergencies and a pandemic in particular; the poor use of statistics and data, and the role of scientific advice; the lack of competence and co-ordination in Whitehall and Downing Street and the role of the NHS and public health expertise.

All of this is made even worse by a political class and Tory Party which hold the public in open contempt and believes it can gaslight us by pretending that the UK’s disastrous record as ‘the sick man of Europe’ is a record to be proud of.

Let’s take a top ten of the issues we will face when we come out of lockdown at a Scottish and UK level, to see where the problems lie, and which questions need to be asked – and answered.

ONE The role of the state. The UK state has expanded to an extent unseen in peacetime and is now responsible for 8.9 million workers on furlough – more than one-quarter of the entire workforce – a scheme that is due to finish at the end of October and is underwriting a whole swathe of the private sector.

This begs the question about what kind of state is at the political centre of the UK. Given the historic dominance of the UK Treasury with its obsessions about economic orthodoxy, short-termism and faith in markets, is the state really equipped to play a bigger, strategic role in public life and the economy?

TWO The future of public services across the UK brings up concerns about funding, resilience, co-ordination, and the degree of ‘public’ control. All NHS facilities across the UK have struggled at points, but in England the degree of fragmentation and corporatisation has reduced capacity and the possibility of co-ordination, leaving a service with little local nous and looking to central diktat for direction. Once you have taken something apart (like the NHS in England) it is very difficult to reassemble the parts and make it work again – something which this present UK Government might not even want to do.

THREE The pressures on education have been some of the most acute at every level – primary, secondary, further and higher. The missing months of school education will amount to nearly five months when Scottish schools return in August and raise issues of what education is for, its role in reducing inequality, the partnership between teachers and parents, and how we need to be creative about education post-lockdown.

At university level the entire funding model has become bloated at the top in relation to salaries and perks, while universities have become too reliant on the expansion of the international student market for monies – with 16% of all university income in Scotland based on non-EU student fees.

FOUR Generational gridlock. Pre-virus young people faced increasing marginalisation in the labour and housing markets while many baby boomers sit on increasing assets. The effect of COVID-19 has been to increase the pressures on young people – eliminating job opportunities and leaving many struggling with low incomes and saddled with debt, and with no hope of ever owning their own property.

FIVE Inequality. COVID-19 has not been ‘the great leveller’ some thought at the outset. Rather it has been a huge accelerator of existing trends of inequality and disadvantage. People with lower incomes, often those also from BAME communities, have been hit harder, while many higher pay workers have been able to continue working at home. In the UK and elsewhere, the impact that welfare policies can make on reducing inequality has been eroded and could be permanent unless action is taken.

UK inequality in wealth was already at alarming levels pre-COVID-19. Data from the World Inequality Lab show that the UK income to wealth ratio in the entire economy stood pre-virus at 605.05% of national income – the highest since 1913. This reflects a society where the rich and well-off have disproportionately invested in assets and hold more and more of their monies and investments in wealth.

SIX What is the future of economic prosperity and growth? Is the task of government to restart the growth fetish and make up for lost ground? Or is it to recognise the limits of growth and that in recent decades overall growth has become increasingly disaggregated and differentially spread – more and more focused on well-off individuals and more affluent regions and areas of the UK?

SEVEN Post-furlough the UK jobs market will face an enormous hit with the prospect of a huge spike in unemployment as many companies carry high levels of debt and find it impossible to finance them, with the unenviable task of having to pay people off or close the business.

This will be a massive challenge to a jobs market already facing the impending march of AI and automation. But as critical is the logic that companies use in shedding jobs and how they make such decisions. Take Centrica, owner of British Gas. It has just announced 5,000 redundancies but it has been throughout the crisis profitable and financially solvent. This begs the question of whether some companies are using the cover of COVID-19 to engage in long-term restructuring and job losses that they were previously putting off.

EIGHT The COVID-19 crisis has proven a welcome respite for the environment, but will it be a false dawn or is there a willingness in government to make more long-term decisions which put the climate crisis central in all deliberations?

The environmental challenge is linked to the excesses of corporate capitalism and the desperate need for new forms of international governance and a new global architecture of a scale comparable to the end of World War Two which saw the creation of the IMF, World Bank and OECD (then the OEEC). That task is as urgent today as it was then, but will not be possible while Trump is in office, and even if Trump loses, there is still a pressing need to deal with how American responds to long-term relative American decline in the global economy.

NINE Coming back home, ongoing debates in the UK on Black Lives Matter have again underlined the toxic legacy of Empire, imperialism and slavery. Not only was the UK a brutalising global power, but it has never come to terms with this – particularly in elite and conservative opinion.

Just as critical is that the UK state is at its core still an Empire state that is defined by militarism, that is not fully democratic, and that does not have caring for the well-being of its own citizens at its heart – as this crisis has disgracefully illustrated. The right-wing Brexit, and pursuit even in this current environment of a No Deal Brexit by the hard right of the Tories, is a product of this delusional story.

TEN As critical as any individual issue is how do we debate? How do we citizens meet in the circle of public debate and deliberation and decide? How do we move beyond the rising tide of ‘I am right and you are wrong’?

Britain’s historical denialism and hang-up on the right about its supposed greatness is a symptom of a debate which has not been had. Even more fundamental than the rights and wrongs of statues of slave owners such as Edward Colston and Henry Dundas is the enduring influence of Empire domestically.

Writers in the past such as Hannah Arendt and in the present such as Aimé Césaire have talked about the malign effect of ‘the imperial boomerang effect’ – whereby the Empire has struck back at home long after it formally disappeared overseas. This is evident in the scale of institutional racism in the UK and US, and the commitment to engaging in endless military conflicts which cannot be won – but which in the process militarise the public space back home.

Finally, how do we think about independence in this? And what is independence for? Take the first point. The ‘I am right, you are wrong’ approach does not get us very far and is a disservice to the independence cause. The recent 52:48 Panelbase poll showed that some independence supporters appear to wish to have their cake and to eat it too. They celebrated the 18% No to Yes movement, but equally too many doubted that there could be a counter-move of any number – 8% Yes to No in the poll.

James Kelly writing in last week’s paper stated that the 18% No to Yes shift underlined that there was not any immutable No voting bloc. Yet it is also true that there is not an immutable Yes voting bloc either – as that 8% figure shows.

Underneath the numbers and noise there is flux and churn – meaning that there is movement both ways – from No to Yes and Yes to No, but also from both into the camp of the don’t knows and those who won’t vote for now.

The context of all of this is the long-term decline of traditional elites and the demise of many previous no-go areas in public life and debate – with silence being replaced by noise, competing voices and claims.

The new public environment is going to be messy, bumpy and difficult for the old political actors and agencies to control. Much of this is positive. It does seem that politics as continuity, safety first and saying ‘there is no alternative’ to the status quo no longer holds. That is as true of the independence debate as it is of UK politics and globally.

Substance matters. Ideas and facts matter. As does listening to and understanding those who disagree with you to better make your own case and win hearts and minds. But so does the scale of challenge that we face – economic, social, psychological – threatening the very fabric of society that is essential to how we live our lives.

Facing up to the big issues left by COVID-19 will require that we dig deep and think hard about the fundamentals of public policy, the role of public services and nature of the contemporary capitalism, in a way that we didn’t pre-crisis.

Britain was broken pre-COVID-19. It is even more broken now. Our future here in Scotland cannot be a yearning for the safety and security of ‘little Britain’ – the post-war example of the years immediately after the war; or even worse a ‘little Britain’ of the present version – our own shrunken take on the failed corporate capitalist order.

We are heading into uncharted waters. There are no existing maps and we are going to have to make it up as we go along. There is no point in looking for the comfortable safe options, but instead we need to embrace the reality that the existing order is beyond repair and piecemeal reform. We need to prepare for turbulent times in Scotland and beyond.