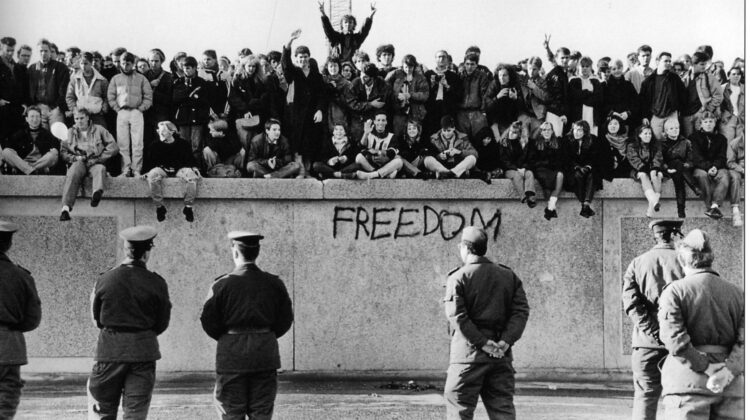 Freedom is everywhere but why don’t we feel really free?

Freedom is everywhere it seems. The term is bandied about across our airwaves and public discussions, politics and the many controversies which define modern societies.

Boris Johnson earlier defined the lifting of COVID restrictions in England on 21st June as ‘Freedom Day’ – phraseology which touched on issues of freedom and liberty at the core of COVID debates, the effectiveness of lockdowns and balance between public health and economic concerns. Even more than that, the clarion call of freedom can be seen in a host of other areas – the free speech debate, culture wars and more philosophical concerns about the role of government and the state and nature of capitalism.

In public life freedom is often defined as an absolute – without context, qualification or an understanding of rights, responsibilities and obligations. Similarly, the way that freedom of speech is often posed by uber-libertarians and contrarian right-wingers as being an absolute on which any restriction of any kind – legal, ethical or social – is an infringement and a small step in the direction of totalitarianism is a debating point rather than serious observation.

The totemic thinker Zygmunt Bauman (whose life’s work was concerned with understanding the nature of modernity and contemporary capitalism) wrote – after the end of the Cold War when trying to come to terms with the word ‘freedom’ being cited everywhere but the vast majority of people not feeling very free:

If freedom has been won, how does it come about that human ability to imagine a better world and to do something to make it better was not among the trophies of victory? And what sort of freedom is it that discourages imagination and tolerates the impotence of free people in matters which concern them all?

This gets to the core of our present predicament. However, there is also an element of confusion between freedom and liberty with Anna Wierzbicka observing that ‘the English words freedom and liberty are used interchangeably.’ The word ‘freedom’ is from ‘freodom’ and liberty from ‘libertas’ – and despite this interchangeability there is a distinction between the two. ‘The term ‘freedom’ is wider in the sense that while it can be generally substituted for ‘liberty’ without a loss of meaning, the opposite is not the case’ writes Bhikhu Parekh.

Freedom can be used in a context which is philosophical and moral, whereas liberty is more used in a legal and political context. Hence, such phrases as ‘freedom of the will’, ‘freedom of the city’ and ‘freedom fighters’ rather than using the word liberty. Yet, while English has these two terms, the French only have one word: ‘liberté’ and the Germans one word: ‘freiheit’ – but this does not mean that their language and politics is bereft of the above nuances – for they merely have to add an appropriate adjective or make their intentions clear.

Negative liberty is associated with the right, and a minimalist version of the state and public good – and has informed the likes of Hayek, Friedman and Thatcherism. Positive liberty is identified with the left – and the notion of understand the choices that individuals make in a wider economic and social context, and maximalising these through the actions of government. The first can be seen as a more abstract idea; the second as more grounded in the real world – although many on the right would dispute this. Richard Tawney posed this second strand with the observation: ‘Freedom for the pike is death for the minnows.’

Conservatism – whether in the UK, US or across the West – has utilised the above to portray themselves as champions of freedom and their opponents as anti-freedom. This has aided the politics of the right for decades – holding off the challenges of socialists, social democrats and communists as being about restricting our innate human right to freedom – and thus tarring the left with the march to authoritarianism and even dictatorship.

Negative liberty and freedom doesn’t take account of what it is to be fully human. It does not acknowledge the power of economic and social factors. It does not reference the staggering concentrations of power and the privilege and inequalities which disfigure the modern world. Nor does it understand the cultures and psychologies which we bring to our actions as humans. We are more than economic calculators, and the allure of the sovereign self which is dangled in front of us by consumer capitalism and the forces of neo-liberalism.

Positive freedom embraces the many ways in which the numerous relationships, connections and interactions which make us human and contributes to modern societies, are defined by issues of inequality and social injustice, and which have to be part of any noble idea of freedom if it is to be real.

The contest over freedom has become one of the defining features of the post-Cold War world shaped by the demise of the Soviet bloc and emergence of an abrasive corporate capitalism. The forces of unrestrained capitalism have presented themselves unambiguously as forces of freedom and liberation not only offering unprecedented choice and opportunities. But doing so by proposing that they are throwing off the shackles of overbearing regulation, state meddling and professionals and experts who think they know better than the ‘ordinary person’ about what is best for them in their lives.

Who really won the Cold War?

Zygmunt Bauman got this completely right when he talked of freedom winning as an abstract idea but that it did not feel like this for the vast majority of the population in the West in our everyday lives and how societies were governed. The deeper meaning of freedom and its connection to how we think of the possibility of a different future from the present – one which questions the limits of the present day – has been conspicuously absent in recent decades across the West including on the mainstream left. Bauman’s observation does raise the thorny question: who really won the Cold War? If it was us in the West it does not thirty years after it ended feel like it was won by and for the citizens of the West.

It is not surprising that the past year of a world shaped by COVID has brought the issue of freedom to the fore in all our discussions. This is against the backdrop of massive restrictions on our liberties, ability to travel, and to meet others over many months. All of which has seen unimaginable human death, loss and grieve in peacetime societies: 130,000 dead officially in the UK: one of the highest per head deaths in the developed world (1,924 per million); while at the same time we have seen unprecedented economic dislocation and decline in GDP – with the UK’s fall the highest in the developed world.

But there is more at play than merely the COVID pandemic. There is also the debate about the nature of the state, role of government, and the kind of capitalism we have behind all of these debates. Informing this, usually implicitly rather than being explicit, is the failure of the economic revolution of recent decades to transform our lives for the better and deliver that deeper freedom.

Advocates for economic deregulation on the right have for the past forty years posed that the solution to every public policy issue is less government, less regulation, less positive public agency – and instead lower taxation, lower public spending and more hand-outs and preferential treatment for the rich and corporate capitalism.

That does not mean that we should throw out or abandon the idea of freedom. Nor should we accept or concede that the idea is somehow owned or synonymous with the right. Rather it means redoubling our intentions and commitment to think about what a thriving free society would look like and what it would entail.

The left used to understand the need to cede this vital terrain to the forces of reaction and pose a more meaningful idea of freedom. The Labour Party’s 1945 manifesto Let Us Face the Future written by Michael Young contains this powerful rallying cry: ‘Does freedom for the profiteer mean freedom for the ordinary man and woman? Big Interests had things all their own way. Never was so much injury done to so many by so few. Freedom is not an abstract thing. To be real it must be won.’

Breaking out of the current constrained version of freedom would involve daring to ask what it would feel like to be truly free as individuals and what it would mean for how we interacted and lived with others. It would be courageous enough to ask what is it to be human and how can we be truly fully human – and how can we live in a world and societies of genuine freedom for the many not the few.

The language and appeal of freedom – post-COVID – cannot be allowed unchallenged to sit with reactionaries, COVID deniers and sceptics and numerous conspiracy theory pushers. Rather we have to make it real, to draw from earlier radicals and embrace living in a world that is about being fully human in all its rich, varied, myriad possibilities.