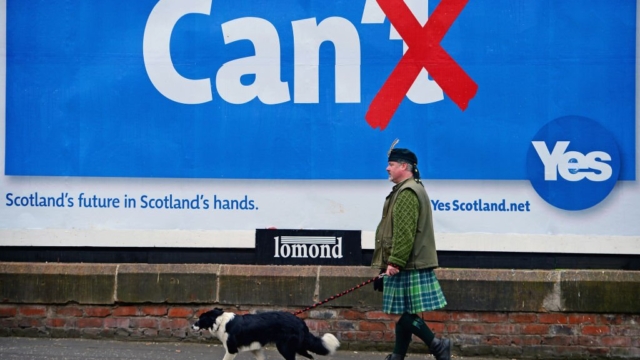 How to win the argument, case and vote for independence

The SNP are high in the polls, Nicola Sturgeon’s popularity is hugely positive and massively outperforms Boris Johnson, and independence has now been in the majority for 20 polls in a row over the past twelve months.

Boris Johnson has not had a good COVID, Brexit or Premiership. He has little political touch, is too opportunist, and looks exhausted. Even Scottish Tories say he is ‘toxic’ here, and only this week Luke Graham was sacked as head of the No 10 Union Unit; his replacement Oliver Lewis a Vote Leave veteran is the third person in said post in the past year. Meanwhile Labour continued Keir Starmer’s minimal agenda of polite opposition to the government, combined with embracing patriotism and the Union Jack: the latter two to distance themselves from the memory of Corbynism.

Independence and the SNP

Independence and the SNP have never appeared in better health but there is no room for complacency and below the surface there are numerous challenges and work to be done. The SNP are partly a victim of their own success: 14 years in office and coming up for seven years of Sturgeon if her government is re-elected in May.

Political parties with such periods of incumbency become too comfortable with the trappings of office the world over. The right-wing Spectator generally has it in for the SNP but has a point when it noted this week that: “Parties are at their strongest when they can see the potential for their own defeat. The SNP can no longer imagine Scotland being run by anyone else.” That used to be the mindset of Scottish Labour and its current state is a warning of what can happen with arrogance.

All of this has a human cost too. Sturgeon is highly regarded popular by voters; a recent YouGov poll gave her a +21% rating compared to +8% for the SNP (and -54% for Boris Johnson and -60% for Alex Salmond). Thus her appeal acts as a booster to the SNP and independence. But at the same time Sturgeon, her ministers and elected politicians have been put under enormous strain by COVID like the rest of us – and by 14 years in office.

Twenty polls for independence is a watershed. Yet victory is not in the bag with that majority soft in places. Some already assume it is won – the most fatal mistake to make politically. Some have even forgotten that independence is about winning over the voters and never taking them for granted.

Mhairi Hunter, a SNP councillor on Glasgow’s Southside points out: “I would just say we can’t afford to be complacent. There’s a danger of the Yes movement being too internally focused and spending more time talking to each other and arguing about process. We know support for independence has increased and we need to understand why people have changed their minds and what will help to persuade others. It means listening to voters is just as important as talking to them.”

Serious work is needed on the details, outlook and campaigning tactics and themes. The first area of these is the specifics of the independence offer, with still no comprehensive revising of the 2013 White Paper. This requires an awareness of the changed political terrain which has altered the grounds on which Yes and No will compete.

Marco Biagi, SNP independence strategist, states in the newly published Scotland After the Virus collection that the 2014 Yes case was about “the domain of gain” and No “the domain of loss”. Missing in 2014 was an acknowledgement of risk and uncertainty from the official Yes side which Biagi reflects upon: “Risk will never be seen in entirely rational terms. Rightly or wrongly, a good story beats a good statistic in any political debate.” Alex Massie comments that this should lead to “the SNP cease pretending there are neither difficulties nor downsides to independence. (There could be opportunities and upsides too, for sure.) But they can’t do that, can they?”

Independence campaigning will have to be different. Last time Yes Scotland were, in terms of finance and decisions, effectively a SNP front rather than a genuine cross-party campaign. The SNP have long had a suspicion of getting involved in cross-party campaigns, including when the party has been in office in the past 14 years. But it was also true when the party was in opposition in the 1980s and 1990s when such campaigns were seen by many Nationalists as nothing more than Labour fronts: Westminster Labour MPs with councillors, adding a few trade unionists and church leaders. The point is that cross-party co-operation of a genuine kind is not hard wired into the party’s DNA: the 1997 devolution referendum being the exception. To win a referendum convincingly the party will have to change that.

The collapse of the Radical Independence Campaign in the past week underlined the limitations of radical left politics, for all the rhetoric. But it also leaves a political space which could be filled. There is the emergence of the newly launched Now Scotland this weekend aiming to be a co-ordinating body for pro-independence supporters across the board, but without SNP formal support it will struggle.

Winning independence and the importance of non-SNP voters

One key to winning independence is securing non-SNP voters – Greens, Labour, Lib Dems, those of no party, and those who do not normally vote. The Scottish Greens haven’t had their problems to seek in recent months; their vote has been traditionally soft in relation to independence, with one poll a couple of years ago showing that only 48% of Green voters knew their party was pro-independence.

Ian Dommett, former political strategist, has worked with the Greens and comments on the party: “Build a campaign based on a proposition such as ‘leave the UK, lead the world’: in renewables; towards a more equal, fairer, happier society; global in outlook and impact. Be the party the Labour Party in Scotland should be but can’t be any more.”

Scottish Labour’s travails have been well documented but less so has been the long-term trajectory that as the party’s vote has declined it has inexorably become more pro-independent – with 40% plus of its voters now supporting independence. Neal Lawson of centre-left Compass states: “Scottish Labour needs to confront its role is the rise of the SNP and support for independence, not least in terms of the 13 years in government when it didn’t do enough to revise the economic and social raves of Thatcherism. Now it needs to accept the demand for a second indyref and recreate itself as a district party from London.”

The Lib Dems have a proud tradition of backing self-government which makes them uncomfortable unionists. Denis Robertson Sullivan, former treasurer of the Scottish party believes: “Lib Dems, the length and breadth of Scotland, need to face up to reality. Scotland is going to break with England. While we always wanted a federal solution, Westminster’s persistent resistance to having that proper dialogue, with the nations and regions, brings us to where we are. The party needs to stop pursuing a lost cause and accept the democratic wishes of the Scots.”

There is also the challenge of the mess and obstacles created by Brexit to deal with, which Tory Michael Gove seemed to accept this week when he stated that: “Independence would cost Scotland far more than Brexit” – not exactly a catchy slogan for the side of a bus.

Economics matters to independence and the case for the union, as the reaction to this week’s LSE report showed. Economic forecasting may have a poor reputation with all the crises and disruptions it has failed to predict, but in an age of upheaval people want as much certainty as possible. Robin McAlpine of Common Weal states that there is an economic anxiety currently at the heart of independence which needs addressing: “Look at the response to the LSE report this week. A couple of postgrad students fire out a not very compelling report and we don’t seem to have an effective rebuttal. We need a thought-through economic case that the public can understand and support.”

This is an age of disruption and uncertainty as economist Mariana Mazzucato notes: “Capitalism, is indeed, in crisis. We know from the past that public and private actors can come together to do extraordinary things.” She continues: “To do this successfully, governments need to invest in their internal capabilities – building the competence and confidence to think boldly, partner with business and civil society, catalyse new forms of collaboration across sectors.”

That kind of innovative, adaptive state is expressly what the British state is not – and has refused to become even at historic points of reform – and there is no sign that it will become so in the future. Such a state is going to have be created in Scotland, and that will require detail and ambition.

Finally, there is the issue of timescales, leadership and laying out a road map to a referendum. Some want a vote as soon as possible and are impatient for change. Joyce McMillan urges patience: “I think the tone should be that independence is inevitable, given the different directions Scotland and England have chosen, but need not be rushed. Every attempt to rush it will lose people who prefer to play things safe, including potential friends in the international community.” She counsels taking nothing for granted: “The majority is very fragile, at currently just over 52%, and needs to be carefully built up before there can even be another referendum – never, ever hold a referendum unless the result is already clear, should be our lesson from the last 30 years.”

Ian Dommett takes an optimistic view: “Independence is becoming the default position and is there to be lost. Very clearly, logically and with confidence, underline the benefits of independence, putting aside vested interests to present what is the greater good – for all of Scotland. ‘Not what’s in it for me, but what’s in it for you.’”