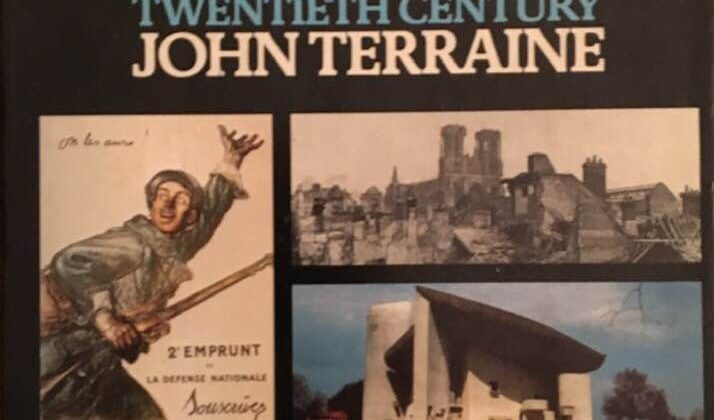 I am a European. In the past few years of Brexit, and many of the ridiculous posturing positions of the UK Government, I have never felt more European.

Of course the EU and Europe are different things. And there is in places a logical, coherent argument for Brexit – which while I disagree with I can respect and understand. But the events of the past four and a half years have brought to the fore an intemperate, intolerant little Englander view of Brexit from senior Tories and other right-wingers which has diminished the UK, its reputation with our European friends – and the argument for Brexit.

Back to history. The UK entry into the then EEC on 1 January 1973 was an historic occasion and filled with fanfare, hope and momentousness. It was unpopular with some (including some of the same people who continued banging on about Europe for 40 plus years). There was controversy in Parliament, and about the lack of a referendum or explicit mandate, and much debate on the terms of entry.

As a young boy then, aged eight and living in Dundee, it felt to me that Britain was fulfilling its destiny and historic role, breaking with British insularity and feelings of superiority, and joining in co-operation with our European partners and friends.

At the time my mother was managing a chemist shop, David Smith’s, on the corner of Dundee’s Arbroath Road and Albert Street. She had responsibility for dressing the two front windows and prided herself on her imaginative and striking designs, and decided to mark this moment by doing a celebratory window display with my help.

I proceeded to colour and cut out the nine flags of the EEC member states, using as a reference The Observer Book of Flags. An issue came up with Germany as there were two of them: described in the book as ‘the Federal Republic of Germany’ and ‘the Democratic Republic of Germany’. Mistakenly thinking that Democratic equalled free, I drew the wrong flag which was proudly put in the window, and which fortunately no one noticed or commented upon.

A short time later to mark the ongoing debates, the BBC put on a series called The Mighty Continent: A View of Europe in the Twentieth Century, narrated by actor Peter Ustinov with a related book written by John Terraine. This was one of the first adult books I bought, and along with the TV series changed how I saw the world. Britain and its relationships with Europe and beyond were put into context. And unlike today, this was not just about past wars, 1940, Germany and the Nazis. Rather it was about the breadth of human life and imagination including art, culture, books, ideas, thinkers and innovation.

This was my introduction to a welter of pivotal moments in European and world history. I found out about the hopes and tragedy of the Hungarian uprising of 1956 and Prague Spring of 1968, both brutally suppressed by Soviet tanks. But also about rebellion and radicalism in the West, the May 1968 protests in Paris and the rising wave of discontent in ‘the new left’. And there were heroes as well as villains – figures such as Nikita Khrushchev and Alexander Dubcek who had briefly offered the tantalising promise of ‘socialism with a human face’.

This introduced a rich strand of democratic and European thinking and politics which captured my youthful imagination and has stayed with me as a bedrock of my beliefs. My father was a softly-spoken Communist loyalist and member of the local party who were quite active in Dundee until well into the 1980s. He was unswervingly pro-Soviet, seeing it as the first worker’s state which had to be defended at all costs against capitalist attacks. To this end the Hungarian and Czechoslovakian rebellions were counter-revolutionary and had to be crushed, although he had the decency and honesty to admit in late 1991 when the Soviet Union finally collapsed that ‘looks like you were right along, it was never a worker’s state’.

Britain in the Seventies: Then and Now

The background of the 1970s was of a divided Britain: a Labour Government with a slender then no majority; economic storm clouds gathering domestically and internationally; bitter industrial disputes; the devolution debate in Scotland and Wales and two referendums, all against a backdrop of British decline – the last of which had been one of the prime motivations of the British political elite to finally swallow their pride and apply to become an EEC member.

There was the June 1975 European referendum which was won decisively 2:1 by the pro-Europeans – and which seemed at the time to put the issue to bed. Britain was a European country with a European future, or so we all thought. My parents, Edwin and Jean, were politically switched on and saw themselves as left-wing and progressive. They voted ‘No’ in the 1975 referendum – meaning for withdrawal of the UK from the EEC. Their reasoning was that the EEC was ‘a capitalist club’ which had the potential to dilute the social and economic rights that working people had gained in the UK at the behest of the labour and trade union movement. This was a very common view at the time on the left: one held by the likes of Michael Foot and Tony Benn, Labour Cabinet ministers in Harold Wilson’s government.

Not long after came the March 1979 Scottish devolution referendum in the aftermath of ‘the winter of discontent’ which destroyed the Labour administration of Jim Callaghan and ushered in a decade of Thatcherism. Scotland narrowly voted 52:48 for an Assembly but didn’t get it but that is another story. My parents both voted against devolution, arguing that they ‘believed in Britain’ and saw Britain as the future. By this they meant a country which they believed was getting slowly and inexorably fairer, just and equal every year, and becoming a better place with more opportunity for each generation and working people. Again this was not an unusual position on the left at the time, but it proved spectacularly misjudged in ways which couldn’t be fully known at the time.

Given the influence that parents have on children, it is surprising that in both these occasions and issues – Europe and Scotland – not only did I not argue with my parents but their anti-Common Market and anti-Scottish devolution views had very little impact. Indeed in later years I have at least subconsciously defined my worldview in contrast to that left-wing view which believed in a splendid, isolationist Britain building ‘socialism in one country’.

My pro-European attitudes meant that as I became more politically conscious, aware and active as the 1980s progressed, I was never convinced or comfortable with the British exceptionalism of the Bennites who championed UK withdrawal from the EEC after 1975. This became Labour Party policy in the early 1980s, and a mere eight years after the 1975 vote the party under Michael Foot’s leadership and with a host of other Bennite policies campaigned in the 1983 election for withdrawal and were roundly thrashed with Labour winning its lowest vote since 1918.

There followed as the 1980s progressed the slow Europeanisation of the Labour Party, first under Neil Kinnock and John Smith, and from this there seemed to be an inexorable Europeanisation of British politics which became explicit under Tony Blair. ‘Europe’ became to many on the left and of a liberal persuasion something associated with being generous, outward looking and international co-operation. This had a marked effect not just on Labour, but defined the Lib Dems, always the most consistent party on Europe, the Greens, and of course, the SNP, who in 1988, embraced the idea of ‘independence in Europe’.

There was at the same time an element of European triumphalism in the air. The 1989 anniversary of the 1789 French revolution was one such occasion, showing that it is not just the British and Americans who have a claim on the myth of exceptionalism. The collapse of the Soviet bloc at the end of the same year and the opening of the Berlin Wall were historic and uplifting moments, reuniting a continent which had been divided since 1945, but it was also prey to some of the most excessive hyperbole and self-congratulation, with people who should have known better waxing on about ‘the end of history.’

Europe as well as geography is a mindset, or to be accurate, mindsets. But as well as its benign, ennobling traditions, it has also been a continent defined by militarism, imperialism and two World Wars, which had a range of colonial powers and Empires who committed genocide on a global scale and – in the example of Nazi Germany – brought the European traditions of mass murder and extermination to the heart of the continent in the form of the Holocaust.

To this day many of the EU’s actual practices cannot be seen as edifying or enlightened. There has been the negative effects of the euro across the continent in embedding austerity; the brutal humiliation of Greece; the building of European walls to keep out refugees and migrants; and the human rights abuses of the Polish and Hungarian governments which go against the principles of EU membership.

In all of this it is possible to see many European traditions, good and bad like anywhere. Yet with all that I am firmly and proudly of the European tradition, one which acknowledges the dark side of the continent, crimes of the past and mistakes of the present day. But still with all that I see my future and that of future generations as being with the continent collaborating and being part of something bigger.

That future is one which is progressive, democratic and European, qualities which should not be seen as revolutionary or controversial, but which have increasingly come to be marginalised and trashed by the trajectory of the British political classes and British state. I sadly for the foreseeable future do not see, under a Tory or Labour Government, any way in which the UK convincingly embraces those qualities and confidently embraces a future which sees the UK as a European country.

The British fantasy story of seeing itself apart from the continent runs just too deep and has it thinks been vindicated by Brexit. It seems to me that, post-COVID, at some point in the near future Scotland should embark on our future as an independent self-governing country which is part of Europe and which sees itself as part of the project of European co-operation.