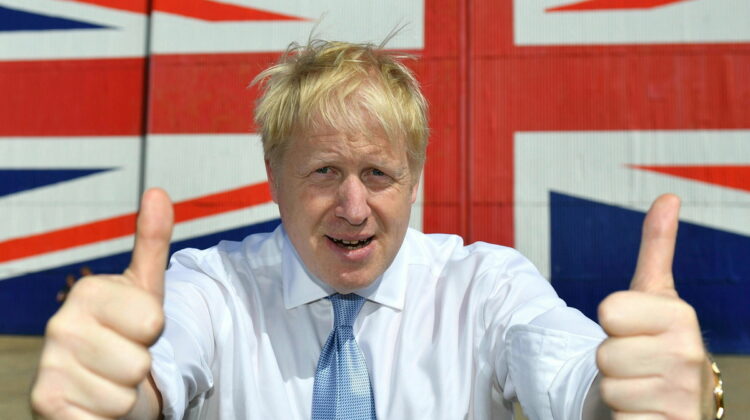 Is this an elegy for the end of Britain?

The UK is in serious crisis – a malaise that affects its politics, political elite, system, and the ethos and practices by which they govern, act and think.

That much is obvious to anyone studying the descent of Britain. But what is rare is for this to be spoken about openly and candidly, clearly directed at those who have produced this sorry mess.

Tom McTague’s essay in The Atlantic magazine, “How Britain Falls Apart?” last week showed insight and honesty along with a desire to understand what has gone wrong. Last year he and his family undertook a pan-UK holiday travelling from Shetland to Cornwall and stopping at many points in-between.

McTague thinks the UK is in “a spiritual crisis” much deeper than the usual culprits: Brexit, Boris Johnson and English nationalism, or reaching for the ghosts of Thatcherism. These are all he writes symptoms of something deeper and more profound – the failure of Britain at an existential level.

Not only has the UK endured the 2008 banking crisis – which blew up the Thatcher-Blair-Brown hype of the so called “economic miracle”; Brexit has blown up the UK’s relationships with its nearest neighbours and left the UK without a clear strategic role in the world; and to top all this we have fought two wars including a 20-year Afghanistan intervention and “lost two wars.”

There is, he believes, little holding the UK together beyond a sense of familiarity and inertia which is not exactly a positive. He compares the UK unfavourably with the independent Ireland, a country which believes “its national myths and stories”, and also the Netherlands – a country which unlike the UK has adapted to post-imperial realities and found a new place in the world.

McTague writes: “States that have forgotten who they are tend not to last long.” He cites examples of once powerful multi-national edifices – the Soviet Union, Yugoslavia and Austria-Hungary – all now departed. He observes that all three fragmented and died because of “the demands of the dominant state in the union” – linking this to the state of the UK and England’s place in it now.

In his travels to Scotland, after starting in the Shetland Islands and Orkney, he visits Glasgow, on the way finding few remaining examples of Britishness as if looking for the remnants of a long-lost civilisation and tribe. When he arrives in Glasgow he reflects that: “The only signs of the British state were the partially privatised Post Office, the pound and monarchy.” He asks himself: “Is this really enough?”

There are small errors. He thinks it a consequence of devolution that “Britain has a National Health Service, but in practice, this has been broken up into its component (sub) national parts” when since 1948 there have been separate UK health systems under the umbrella “NHS”. And the people trying to break it up are the Tories in a very different way.

He thinks of devolution that “Tony Blair devolved power” which is an inaccurate expression but then talks of “a new Scottish Assembly” which is careless. Then there is the old trope of the West Lothian Question trundled out, as if one of the major issues of the union – when, without dismissing it, there is no way this has impacted on the dismal governance of England and Westminster’s neglect and arrogance.

Maybe it does contribute to “an imbalance at the heart of the country” but England’s predicament is not the responsibility or fault of the Scots, Welsh and Northern Irish, but rather the English, without making that a statement of blame. Rather it is up to the English if they want to do something about the state of England, not the rest of us.

McTague’s piece is more rich, rewarding and thoughtful than the stumbles above and I feel petty raising them. This is a cathartic, emotive yearning for a world changing out of recognition for the author in front of his very eyes – made the more persuasive by the fact that it is something he used to understand and feels that he still should.

He understands this and sees Brexit as either contributing to a UK divorce, or the prospect of a new British project. What he means by this latter observation is that Brexit could produce a greater sense of British distinctiveness and hence possible reform, renewal, democratisation. He doesn’t I think hold much chance of this.

Alex Massie responded to McTague stating that Scotland has always had a degree of difference in the union, posing an alternative view of the union: “Despite, the quadruple-whammy of Iraq, financial meltdown, Brexit and Boris Johnson – each of them, in their different ways, a demonstration of state failure on an impressive, if disturbing, scale – unionism endures”. He takes encouragement from the fact that for all the demographic worries for the future for now the union can still command the support of half of all voters.

Massie argues that “the Britishness of Scotland may often be hidden but it is still there” – challenging prevailing views. He concludes recommending a course of inaction: “The British thing to do, however, is to cease banging on about Britain.” That would be a very British elite thing to do, might annoy the restless natives less in the immediate, but frankly is not enough and does not address the multiple crises and fissures of Britain, which Scotland is but one factor.

McTague’s essay is an elegy for a past Britain which has gone forever. For some this is an inconvenient truth they are going to have to deal with. He writes with feeling about Scotland: “Unless people in Scotland believe that they are also British and that the British government and state is their government and state, nothing else matters.”

That is profoundly true and are words we should all understand – British political elites and Scottish independence supporters. We are going to read many more pieces like Tom McTague’s about the state and malaise of the UK.

If they are of this horizon, curiosity and bravery, we should encourage them because they challenge the rotten order of Westminster and offer the prospect of beginning a different English conversation to the present one – and creating a different England and a different set of relationships across these isles. They show that we are in a long process of change, of decoupling and the influence of powerful forces that we need to comprehend.