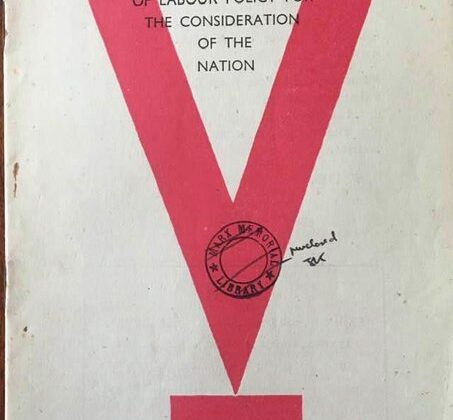 Labour’s problems are about much more than Keir Starmer

Labour meet in Brighton this week for another conference in opposition and in the wilderness, with clear evidence of being collectively bewildered and confused. Not only that but Keir Starmer’s leadership is openly being questioned across the party – not just from the Corbynite left but on the centre and right from where he has drawn most support until now. No one seems sure what Starmer stands for, or even if he has the real skills needed to be a leader.

Yet for all the talk of Starmer’s inadequacies, Labour’s problems are much deeper than the leader. He may have been for most of the public invisible for most of the COVID pandemic, but has also come across as ideologically light to non-ideological, and almost deliberately a non-politician.

The drift and malaise in the party though is about much more than the merits and demerits of Starmer. Neal Lawson of the centre-left Compass group puts it: “This is not about who leads Labour as much as the foundations of Labour. Any successful political project needs a moral, intellectual, organisational and cultural framework” – all of which he thinks is currently lacking.

Firstly, what does Labour stand for? After eleven years of Tory Government, Britain is not a happy place. There is dissent and discontent everywhere, but no convincing Labour critique of the state of Tory Britain.

Secondly, there is no emerging Labour programme of action and priorities that link policies, values and vision of the future. Starmer’s notion of a “contribution society” is the sort of vacuous theme a Labour leader of opposition can get away with when things are going well – like a young Harold Wilson in 1963-64 or Tony Blair in 1994 – but not when the polls are against you and talk is becoming mutinous.

Third, Labour has an electoral problem that goes beyond media fixation on the “Red Wall” former Labour seats lost in 2019. The party has become a minority party across much of the UK – decimated in Scotland, in retreat in Wales, and under threat across much of the North of England. Labour voters living in these once traditional party strongholds have turned against it, aided by the insipid offer from Labour and the decay of one-party dominance. In this, Scotland is a harbinger of a Labour future across the UK if the party does not wake up.

Labour watcher Eric Shaw, author of several books on the party, (including The Strange Death of Labour Scotland with myself) notes its unwillingness to address difficult choices, such as “reconciling socially liberal and socially conservative voters” while confronting the “tension between realising values through feasible, realistic policies and electoral pressures” – something which came to a head in the over-the-top Corbynista manifesto of 2019.

Fourth, Labour has ceased to be a national party of all Britain. This is true of the Tories as well but they (for all their problems) have not been forced back into electoral ghettos in Scotland and Wales to the extent that Labour has in Scotland. The Tories have all the advantages that hubris and believing in their right to rule bring to spin a pan-British message. Labour don’t have this, and instead apologetically try to unite the places that are still unambiguously Labour such as London and some of the English big cities with the rest of the UK.

Finally, there is no Labour story to tell about what to do with government, the state and public services. Tory Britain has failed on issue after issue but Johnson can talk about public investment and intervention in the general, while leaving Labour struggling on the specifics of what “common ownership” of energy means. In this current crisis of free market neoliberalism and Tory economics how can it be the case that Labour struggles to come up with convincing answers, while the Tories make it up as they go along – and are still seemingly untouchable?

Understanding the scale and depth of this problem would be a first step for the party. Labour historically have not been very good at winning elections – only winning two with working majorities pre-Blair in 1945 and 1966.

Then there is the condescension and taking for granted that Labour has too often shown its own voters in its own heartland seats. This has meant that the downfalls in Scotland in 2015 and “Red Wall” seats in 2019 was not just about the immediate factors of the indyref here and Corbyn in England. Rather, as Sebastian Payne has documented in detail, it is about the party not listening to generations of Labour voters.

Increasingly in the past forty years Labour have operated in the UK in hostile territory – a brutally divided unequal society, a rancid, selfish, short-term capitalism, and a hysterical right-wing press whipping up xenophobia and racism. Blair won three elections by silencing the guns of Murdoch and The Sun; no such approach is possible for Starmer and Labour today.

Labour through its history has not been very good at pluralist politics and building and making alliances. For too often it has believed its own hype and think it should either govern on its own – or not govern – with the latter often being the consequence. This week’s debate on electoral reform shows that there is now a wider coalition of opinion in the party prepared to challenge that, but it will take more than one debate for Labour to ditch its chauvinism and attachment to FPTP.

Lawson observes that “the Party has been floundering for decades. Both Blairism and Corbynism tried to paper over these cracks – but under Starmerism they are being horribly revealed.”

Labour, he thinks, could get lucky if the Tories implode – or through the FPTP electoral system become a minority government, but as things stand (for all the disastrous state of Tory Britain) Labour have no chance of remaking the political weather. Worse, their continued impotence and irrelevance could continue allowing the Tories to do whatever they like in office, remaking the state and politics to suit them and their friends – to the detriment of the vast majority of people across the UK.