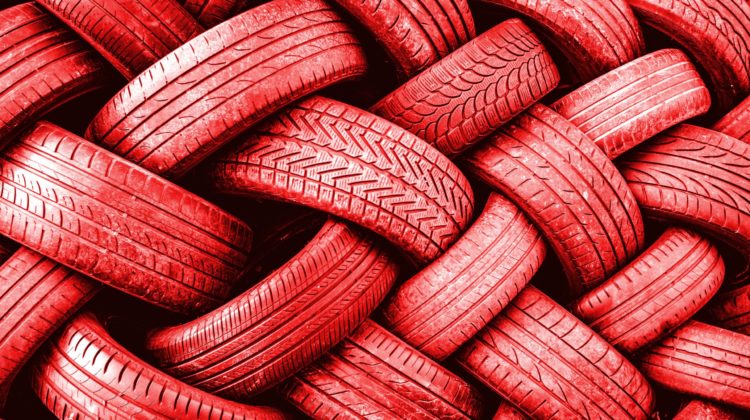 Rise Now and Be a Nation Again: Can a genuine English democratic politics emerge?

England has always mattered to Scotland, and indeed to Wales and Northern Ireland. It has 84% of the UK’s population and 533 of the 650 seats in the House of Commons – which means that as of now how England votes gives the rest of the UK the government England wants, irrespective of how the Scots, Welsh and Northern Irish vote.

Yet of late, England as a substitute for the UK has become increasingly evident. This is not just true on the right, but in left and liberal circles, underlying how widespread is this mindset.

In the past month, there have been numerous cases. One example was Andy Beckett writing twice in ‘The Guardian’, one pre and one post-Christmas, supposedly about the state of UK politics, but in both all his references were English and all his analysis was about the state of English politics.

In the last week, the ITV current affairs show ‘Peston’ had a discussion about the qualities Labour members wanted from their next leader, and as a graphic of ‘British patriotism’ the English flag was used, with no one in the studio commenting or offering an explanation.

Many will say it was always thus, and this is a long running trope that can be found for most of the history of the union. For example, there has been a long lineage of Tory politicians in the past using the English/British equivalent when they thought they could get away with it. Stanley Baldwin, Tory Prime Minister in the 1920s and 1930s, said in 1924 when addressing the Royal Society of St. George on the subject ‘On England and the West’ that he had ‘a profound thankfulness’ that he could use the term England ‘without some fellow at the back of the room shouting out “Britain”.

The rise of ‘England as the UK’ has re-emerged with a vengeance. It isn’t hard to see why. British politics have increasingly fragmented and now exist in name only and in the Palace of Westminster. There is no nationwide UK politics worthy of the term. All four nations march to very different beats, with different parties dominant in each.

This leads in mainstream Westminster politics and mainstream media to England becoming a substitute for the UK without it being presented or understood as England. Sometimes this is a deliberate deception. Sometimes self-deception and on some occasions if we are feeling charitable, oversight.

Hence, numerous public discussions about politics and policies presented as UK-wide are really about England. Take any UK TV or radio discussion about health, education, law and order, or local government. If the issue also happens to be the responsibility of the Scottish Parliament, then chances are the discussion will be about the state of the English NHS or schools, without it being flagged as that. The appearance is often given that the public services being talked about are those of the entire UK. Twenty years after the establishment of the Scottish Parliament and Welsh Assembly, this continual misrepresentation does not help democracy anywhere.

It does not allow English people to understand, name and discuss their own problems – and call out whoever is responsible for any shortcomings. The UK Tory Government’s policy of 20,000 extra police is presented as a UK-wide one, but it is an English policy responding to earlier Tory cuts of the same number in England, and only putting back what has been taken out of communities at great cost.

‘England as the UK’ does not work for the benefit of most people who live in England. Rather it contributes to the detriment of a genuine English politics and public conversation, and disempowers political debate and democracy.

Yet, it is so firmly ensconced that it will be difficult to dislodge with the Irish writer Fintan O’Toole who has closely followed Brexit observing: ‘The political mindset which has captured England as Britain did not arrive overnight, but has deep roots and traditions.’ These ‘problematic, conservative forces are not just found in the Brexiteer outliers’, but in mainstream Toryism, the Corbynista left, and centrist evangelicals – who all perpetuate in O’Toole’s assessment ‘unattainable versions of the past’.

Who then propagates this worldview and gains from it? Firstly, this mindset is reinforced by the over-reach and grip of the imperial state – the hold of what writer Anthony Barnett has called ‘the British Empire State’. This still exists to this day, long after the last vestiges of the actual Empire disappeared off the map, reinforcing the lack of democracy at the heart of government and the state, and its championing of a ‘Britain plc’ in hock to the interests of the global class domestically and internationally.

Secondly, what can be seen as a de facto English independence is in fact both a giving up on the details of anything going on in Scotland, Wales and Northern Ireland – witness this week on the Brexit Act and the views of the three devolved legislatures. But it is also the opposite of an emergence of English self-government – in that any of these discussions never get too specific about where political power sits in England: namely an unreformed Westminster.

There is a deeper ideological reason which contributes to this mindset. This is the distorted idea of ‘Great Britishism’ – an outlook which can be seen in the arrogance and conceit evident in the Brexit ‘Global Britain’ prospectus – which assumes post-January 31st that the UK will be able to astride the world stage with a buccaneer capitalism assuming its rightful place at the top table.

As the multiple crises of Britain have deepened – economic, social, cultural, democratic, and even internationally – with the UK’s place in the world more unsure in light of Brexit – so the political classes have clung ever more tightly to the notion of ‘England as the UK’ to the exclusion of a genuine English debate or perspectives from the three other nations.

One perplexing dimension of this is why the dominant elements of Labour and the left have gone along with it. Labour have always had a problem addressing England, and its historic unionism has been one of subsuming England in the union of the UK. This has been influenced by the party’s fears of England being synonymous with reactionaryness and a desire to build an all-encompassing, binding British political union that had the authority and power to redistribute. But what it has done – to devastating effect as UK politics have fragmented – is to leave the terrain of England to the right.

There is in Labour and the left to this day elements who are embarrassed to talk explicitly of England. This was the line of the Corbyn leadership – an attitude also seen in leadership contender Emily Thornberry’s implied swipe at the flying of the English flag outside of a voter’s house in the Rochester and Strood by-election in 2014. This is such a deep pedigree that George Orwell wrote about observing the strand of the English left who have a deep seated ambivalence of their own country writing in his 1941 essay, ‘England Your England’ that: ‘England is perhaps the only great country whose intellectuals are ashamed of their own nationality.’

Mark Perryman, who has written extensively about Labour, the left and Englishness thinks part of the left ‘refuse to accept there’s anything remotely progressive in ‘progressive patriotism’’. This is reinforced he believes by ‘Labour being fundamentally a Unionist party, which has little to say on Scottish or Welsh independence and between these strands there’s not much of a space to ’talk about England.’’

Gordon Brown in ‘The Observer’ last week surveyed the state of the union and took account of Scottish, Welsh and Northern Irish, as well as something called ‘Brexit nationalism’, but the two nationalisms he could not even name were the British and English expressions. This is a politics of denialism and disconnection from reality which goes to the heart of how Labour misunderstands the UK and avoids any democratic conversation or politics about England.

The omission of England can even be seen in a forthcoming pro-union conference organised by These Islands and opened by Gordon Brown which has not one discussion on England. This was noted by former Labour minister John Denham now an academic who observed there was ‘not one session on England, or the possibility that England’s national identity might be playing a role in shaping the union’s future.’

Denham went on: ‘English regions are not England and some of your speakers openly advocate the break up of England – under the union parliament – into regions that mainly have little economic, cultural, historical identity or coherence.’ He concluded that politics on these isles cannot be transformed and democratised ‘without engaging with England’ – and that avoiding this subject is a huge missed opportunity.

It is true that beginning an English conversation and what it might say wouldn’t be easy – a point made by Prof. Arthur Aughey of Ulster University: ‘There is a Westminster ‘right said fred’ attitude – why bring half a ton of constitutional rubble down on your head by trying to find a definitive answer to the ‘English Question?’ This puts off facing up the lack of democracy and excessive centralisation, instead seeking solace in ‘dealing with England as if it exists only as an administrative convenience.’

England is the only nation in the world in a political democracy without its own government and Parliament. Traditionally, Westminster has served as the proxy English Parliament, but this has become increasingly problematic, while Westminster serves England nearly as badly as it did Scotland pre-devolution. England is the object of bad governance, grotesque centralisation and the old mantra ‘Whitehall knows best’.

England’s predicament matters to all of us. The collusion of the main UK parties not talking about England as a distinct nation and political community has an impact on the state of UK politics. It matters to Scotland. Even with increased Scottish self-government or independence what happens in England – in politics, society, economy and its international outlook – will have implications for us north of the border.

Underlying all this is the self-interest of the political, economic and social elites of the UK continuing the mindset of the Empire State – the unreformed, unreconstructed, undemocratic outlook at the political centre and its absolutism. Pivotal to retaining this is the mantra of ‘England as the UK’ and trying to prevent England emerge as a modern, pluralist, progressive country.

The denial of England as a democratic country is one of the last pillars holding up the ancien regime at the heart of the UK. Given its stark record how long will it take for the centre-left and left in England to champion the notion that England needs to overthrow the last vestiges of Westminster rule and imperial delusion and become a modern nation?

Many of us in Scotland, Wales and Northern Ireland would welcome the emergence of a modern, democratic England. We could even suggest a slogan for the campaign: ‘Stop the World: England wants to get on’.