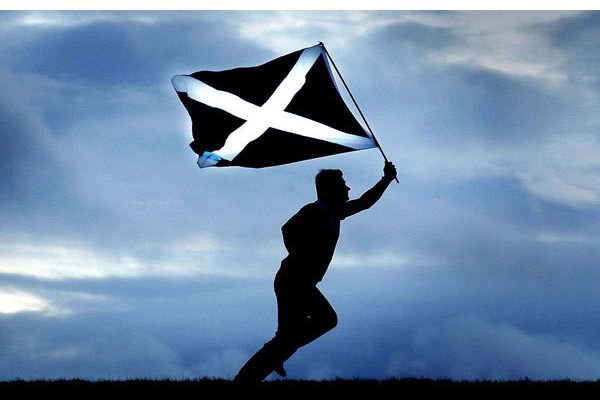 As we reach seven weeks of lockdown more and more questions are emerging about the actions and shortcomings of the UK Government’s approach, particularly as sections of the Tory Party get restless about the length and economic costs of the lockdown.

At the centre of this is the issue of what is driving policy – scientific and public health evidence or political priorities – and how it is all presented and portrayed.

Then there is the relationship between the UK Government and Scottish, Welsh and Northern Irish administrations in this crisis. This has exposed deep-seated tensions and different priorities, all of which can only further widen. Beyond this is the thorny subject of what kind of society will emerge, the shape of the economy, and the priorities that people would like to see championed. The last point includes how politics and leadership responds, the future of Anglo-American capitalism – and with it the planet.

The UK Government has made many fatal mistakes in this crisis which have undoubtedly contributed to the death toll – the highest in the world outside the epic disaster of the USA. The UK acted late on testing, tracing, isolation and lockdown. It has wobbled on its core approach – considering at the onset ‘herd immunity’.

It has engaged in media manipulation – only this week floating the coming Monday as some kind of liberation from lockdown with newspaper headlines such as ‘Magic Monday’ and ‘Happy Monday’ briefed by Downing Street, which they then had to row back on – a situation STV’s Bernard Ponsonby called ‘apparent double-speak’ at the heart of UK Government.  And they have consistently briefed against the Scottish Government and Nicola Sturgeon seeing her as an obstacle, rather than a partner.

There is a longer, deeper story of failure than these recent actions. There is a decade of austerity, reigning back public services, and the human cost of this then and now. There is the obsession with Brexit. And there is a Tory arrogance to governing and governance which comes over as just not being on top of the detail – as with the dangers flagged up in the UK pandemic simulation Exercise Cygnus which were not acted upon.

The scale of UK ineptitude and its direct relationship to current shortcomings was revealed by Channel 4 News Health and Social Care Editor Victoria Macdonald. She found the UK’s stockpile for dealing with a pandemic scandalously run down and out of date. At the outset of this crisis 80% of respirators had expired, along with 53% of surgical masks, 100% of needles and syringes and 45% of PPE.

This had not been the case when the Tories entered office in 2010 and has been allowed to happen on their watch – despite repeated warnings. As we speak the minister responsible, Matt Hancock, is still in post with no explanation for the above. Hancock and others should apologise and resign for what is one of the biggest UK ministerial failures in post-war times.

The UK Government has, with the Scottish, Welsh and Northern Irish administrations, worked in what has been called a ‘four nations’ approach. This has been right, but has exposed tensions in how UK authorities see the devolved governments, and ultimately where power sits.

Harry Burns, former Chief Medical Officer in Scotland, is critical of the UK Government and makes comparison with how swine flu was dealt with in 2003: ‘I’m not sure I would have felt so positive this time, because I got the sense the UK Government were a bit slow. I suspect the Scots and maybe the Welsh and Northern Irish as well were on the case a bit earlier than when the UK Government turned its mind to this.’

The ‘four nations’ approach sits within an inter-governmental framework – the same set of arrangements which have informed the UK approach to devolution for the past 21 years. In its ad hoc nature it has led the UK Government to see itself as the initiator, other governments as not equal partners, and decision-making sitting ultimately with Westminster – which is wrong across a range of powers relevant to the administration and decisions relevant to lockdown.

It is not just the three devolved nations who get short shrift. It is England as well which suffers from the absence of a specific democratic voice. There is confusion at the heart of UK Government about UK versus English messaging, and the question of who if anyone speaks for England?

One example of how Westminster and Whitehall see the devolved nations is provided by the workings of the Scientific Advisory Group for Emergencies (SAGE) meetings. Chief Medical Officers and chief scientific advisers from the devolved governments are only able to listen as observers and are not allowed in the meetings to ask questions – instead they are only allowed to table written questions pre-meeting.

Two decades of the Scottish Parliament and Westminster has a wilful ignorance, disdain and lack of any grasp of detail on devolution. This goes beyond government and politicians and saturates the media class. It was conveyed just over a week ago on ITV’s flagship ‘Peston’ programme when presenter Robert Peston asked Nicola Sturgeon about her government’s priorities in this crisis, saying: ‘Do you have any discretion to do things a bit differently in Scotland, and would you consider doing things differently in Scotland?’

The Scottish Government has avoided some of the big mistakes the UK Government has been responsible for, while until now following in the same direction in a careful balancing act. Nicola Sturgeon has come across as straight talking, focused and rising to the occasion, taking the role of leadership seriously. She has earned high levels of trust (71%), as has the NHS in Scotland (89%), while the Scottish Government overall has had historically high levels of trust.

Not everything has worked or gone to plan. There was a willingness at the outset to go along with Westminster’s ‘herd immunity’. There has been a marginalisation of ministers other than Sturgeon at the government’s daily briefings; sometimes it has seemed there is little point to Health Secretary Jeane Freeman being present.

There have been serious omissions. The exclusion of care workers who die from COVID-19 in Scotland from the £60,000 bereavement support to families when they are entitled to it England and Wales jars with how the Scottish Government likes to present itself. Sturgeon is, after representations, looking into this.

One defining line between the UK and Scottish Governments is the political environment. The UK Government’s right-wing cheerleaders are chapping at the bit to end the lockdown. The Daily Telegraph’s economics editor Russell Lynch wrote in the past week, ‘The cost of saving lives in this lockdown is too high’ and that government has to reconsider ‘the trade-off between health and wealth.’

Scotland has not been susceptible to such irresponsible talk from prominent voices. Most of the debate here has been shaped by evidence, facts and science. An additional faultline has been the concern some have about the practicalities and degree of any divergence over lockdown between Scotland and England.

This has included concerns over what happens between the two nations if England loosens earlier as has been proposed for next week. What occurs if UK Chancellor Rishi Sunak rolls back the furlough scheme and its scale of support? Who picks up the tab? Or does Scotland have no say in this matter?

And of course there is always the issue of the border. Jackson Carlaw, Scottish Tory leader, has been running out his ‘There is no border’ mantra to defend a one policy approach, but the Daily Record raised a very different spectre with a front page headline declaring: ‘We’ll turn cars away at Scots Border’ – a claim from Scottish police.

While Britain’s death total continues to spiral elsewhere different strategies to the virus produce different outcomes. For example, Germany and Australia with much more decentralised political systems have seen their stronger partnerships between national and sub-national government produce comparably better responses to the virus.

Even more than decentralism the best examples in the world involve decisive and bold leadership, being honest and open, treating citizens as adults, and drawing from and adding to a reservoir of trust. Jacinda Arden in New Zealand has been one such case of successful leadership, taking difficult decisions while showing political and emotional empathy. Others include Denmark, Iceland, Norway and South Korea.

There are two obstacles to dealing with this pandemic and its aftermath: one uniquely British and the other originating here but now global. The first is unitary state nationalism increasingly driven by an intolerant right-wing press and Brexiteers with a ‘little Englander’ view of the world.

For all the hype of the reach of ‘global Britain’ by Brexiteers the reality is of a shrunken, isolated Britain with few close geo-political allies – having shunned Europe, unsure of Trump’s America, and increasingly distrustful of China. This predicament is only going to grow when the Brexit transition period ends unless it is extended on 31 December 2020.

The second is the spectre of Anglo-American capitalism. As Jeremy Cliffe, international editor of the New Statesman, has pointed out the UK and US have been at the centre of the three major disruptions in recent years – the 2008 financial crisis, 2016 Brexit and Trump populist revolts, and now the 2020 COVID-19 disaster.

This is not an accident. Anglo-American capitalism has degenerated into a culture of irresponsible, short-termist corporate capture of business, politics and public life. Even many traditional Tories see the old order as indefensible, with Max Hastings writing: ‘The present crisis seems destined to change again the face of Britain, unleashing demands for social, political and economic reform unprecedented in our memories.’

Modern politics and society feels at a turning point. The unsustainability of this world has been accelerated and brought into full view. The esteemed historian Margaret Macmillan believes we are a ‘turning point in history’ aided by COVID-19. She relates how the French Revolution began in 1788-89 – when Louis XVI invited people to tell him their grievances which gave them permission to name what was wrong and brought about the end of the ancien regime.

Macmillan states: ‘When you name things – grievances, say, as the French did – you give them form and make it harder to ignore them. We are doing that now with the flaws in our world and spelling out our hopes for something better.’ Contrasting 1789 with 2020 she says: ‘As the French looked at Britain and America as models, we can see that South Korea, Denmark and New Zealand have controlled the pandemic more effectively than other countries, in part because their peoples have faith in the authorities and each other.’ Critical in this is the issue of trust – ‘Without trust – that the water is clean, medicines are safe, or thugs won’t get away with it – societies are vulnerable.’

Trust is at the core of this, and the different approaches of the Scottish and UK Governments. This is about different styles of leadership, politics and how society is seen. But ultimately if these are to be the last days of the buccaneering, freewheeling, irresponsible Anglo-American capitalism which has defined so much of our lives, we are all going to have to get serious.

The new elites and their hangers-on will not relinquish power voluntarily or concede to conscientious leadership based on trust. Any real change will require ideas and policies beyond rhetorical radicalism; intellectual anchors which recognise the weaknesses in left and green politics in recent times, that build new social constituencies, and understand that any new international economic and social order will need to put ethical trade-offs at its centre. The old order is crumbling, but the new has yet to be built, as any old Communist radical would understand.