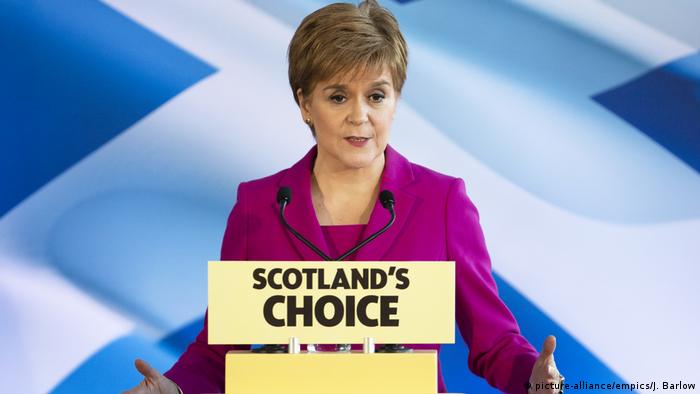 Nicola Sturgeon has been First Minister and SNP leader for seven years. This formidable achievement is part of a bigger picture of the SNP’s emergence as the dominant party, the rise of independence, and the relationship of the Nationalists to the wider independence movement.

This is an appropriate time for reflection and assessment not just of her leadership but of the wider context in which it sits. Specifically of the SNP as a party and its record in office, and the creative differences and tensions between the politics of party and the politics of movement – which go to the heart of the independence cause.

The 2014 indyref saw the creation of a diverse and diffuse independence movement – the first time in Scottish history that such a movement had existed.

Even this period exposed that the politics of party and movement have differences, particularly when the former is a ruling party holding office. The former faces the choices which government (and devolved government at that) face, and that statecraft and incumbency entails including difficult trade-offs, managing expectations, creating winners and losers (sometimes deliberately, sometimes accidently), and the slow attrition of office with its element of disappointment.

The latter has much more freedom and autonomy and less responsibility. The independence movement in the 2014 campaign changed the nature of Scottish politics and society, bringing questions of power, legitimacy, collective voice and representation to the centrestage.

This was part of a longer Scottish story about the changing nature of authority and institutional power that once coalesced around a closed, narrowly drawn establishment, that has now declined or in some cases collapsed (the churches for example).

The 2014 indyref happened because the SNP won in 2011 but was also part of this longer-term shift in society that benefited the Nationalists and cause of independence. It represented a shift in society about power, permission and legitimacy which was about more than independence and more than the SNP, but which contributed to that shift in 2011, and is still working away fermenting how people think of and relate to these big issues across society.

Italian academic Donatella della Porta has studied referendums and social movements and has talked about “referendums from below” – votes which are activated or shaped by wider forces and pressure. In this she includes the 2014 indyref and the 2011 Italian anti-water privatisation vote. We can also include the 1993 Strathclyde anti-water privatisation ballot which stopped the sell-off of water companies, and the rich history of local temperance ballots in the 1920s which saw 1,131 votes on whether neighbourhoods should be ‘dry’ or ‘wet’. We need to understand this radical history of popular votes as part of the debate on self-government.

Seven years on from 2014 has further shown the differences between party and movement. For example, the SNP in 2014 championed the twin-track politics of being the party of incumbency while encouraging insurgency politics – and the blossoming of a thousand flowers that exploded in the various currents of the movement.

Subsequently that balance between insider and outsider politics has become more difficult to navigate as the SNP have continued in office for fourteen years, won four devolved elections in a row, and hence presided over a record with inevitable limitations that is open to criticism. Negotiating this relationship between party and movement is critical to the future fortunes of independence.

First, a politics that unconditionally defends everything the SNP has ever done in office will not speak to unconvinced Scotland (and also not aid the SNP in governing). Any independence movement has to have an independent mindset and a capacity to be different and differentiated from the politics of the governing party.

Second, independence cannot blankly defend the domestic status quo of society. This complete and utter cul-de-sac reduces independence to something without a radical edge, dynamism and momentum. Independence has to be impatient with the state of Scotland that goes beyond constitutional change and instead addresses blighted lives, drug deaths and the fragile state of local democracy and says loudly this is not good enough.

Third, the different values of the SNP and independence need to be acknowledged. The SNP are a party of Scottish nationalism and moderate social democracy; the wider independence movement has many currents but not all of them are Scottish nationalist. Rather the wider forces draw implicitly and sometimes explicitly from ideas of self-government and self-determination which have the potential to go beyond the constitutional debate.

Ideas of self-government and self-determination address who has power and authority in society; ask how we organise institutions, professions and communities; and invite us to explore how we best make decisions in and as a society and how people collectively can be empowered individually and collectively. And across the world this tradition has a rich set of perspectives, politically and philosophically that can be drawn upon in the post-socialist age and after the crashing and burning of the neo-liberal revolution.

Finally, the politics of party and movement needs to have a collaborative relationship which sees that each has a unique role, different with tensions and disagreements, but which can enhance and aid the other.

That would require the SNP fourteen years into office and after seven years of Nicola Sturgeon’s leadership to adapt and evolve into a different kind of politics. One that is based less on command and control and the political centre of the SNP and Scottish Government knowing best, and instead has the courage to let go and allow a degree of autonomy, capacity and self-determination flourish across Scotland.

Independence is not just administrative and managerial politics. Nor is it merely the mindset of “one more heave” or changing the order of flags on public buildings. Rather independence is a state of mind, an attitude of maturity that takes responsibility for our affairs, looks at ourselves in the mirror – and asks whether this is really who we are and want to be, is honest about our shortcomings, and is committed to change.

The art of growing up you could call it and despite many advances, we still have some way to travel to make this a reality.