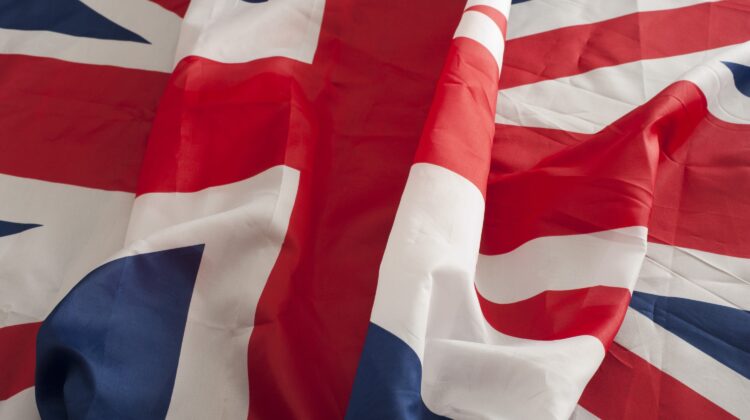 The pro-union argument has been playing hard ball of late but underneath the posturing is a profound lack of substance and coherence.

One minute the Downing Street union unit is promising this and that; the next it is disbanded; the next we have “muscular unionism” followed by “wheesht on independence” – to the backdrop of Boris Johnson’s bravado boosterism.

Johnson’s speech minus the gags and unending optimism had little to say on Scotland. We had the promise of road upgrades and a few jokes at the expense of SNP Westminster leader Ian Blackford, and that was it.

More proof of the state of the union case not being in a good place comes from the publication last week of Strength in Union edited by Scots Tory MP Andrew Bowie and published by the Thatcherite Centre for Policy Studies. Over one hundred pages long it brings together sixteen Tory politicians, including former leaders William Hague and Theresa May, to restate the case for the union – not just on Scotland but also Wales and Northern Ireland.

This is meant to be an important publication; and it is a revealing one. Its main strands include an emphasis on the emotional case for the union and the argument that down the years the UK has been a force for good in the world, fighting fascism and abolishing slavery, and not dwelling on other aspects.

Even more pronounced is a deep fear of what Scottish independence might do – disrupting the status quo and “status syndrome” which fixates the political elites of the UK. Independence is seen as something which may bring into question the delusions of “Great British Powerism”, of UN Security Council membership, Trident, constant military interventions, and the Empire State mindset at home and abroad. In this they have a point, but the Tories regard this in completely negative terms – as would many Labour and Lib Dem counterparts.

Connected to this is the argument that an independent Scotland might be a soft touch in a world of hard power and of nations up to no good. Former Tory leader and Foreign Secretary William Hague invokes the disinformation and black arts undertaken by Russia, China and Iran, and dares to suggest Scotland that will be easier prey.

Tellingly the future of the union across sixteen contributions is only about Scotland, Wales and Northern Ireland and the UK in general. There is little in this volume about “levelling-up”, devolution in England – or indeed about England itself, despite a contribution from Michael Gove, the minister for “levelling-up”.

As well as the missing English dimension the UK invoked is an abstract, emotive one not the present-day reality of huge challenges, inequalities and crises. There is not one acknowledgement of the British state and its multiple problems, democratic deficits, conceits and problematic take on the UK.

Related to this, the 112 pages contain no single serious policy suggestion or proposals on structural, fundamental or democratic change – this from a supposed think-tank. It is as if the crisis of the union is only about those pesky Scots, Welsh and Irish in the far-flung provinces and nothing to do with the nature of the UK.

From this we can surmise that the UK Government are not really that serious about some of the issues meant to be their key themes – “levelling-up”, redistribution to areas and groups ignored, celebrating the local and place, and greater devolution to parts of England. There may be some small steps in this direction but they will be mood music.

Adding to this is the recurring theme articulated by Scottish Secretary Alister Jack that the rise of “the four nations” perspective is an affront to the “one nation” that is the UK. Apart from the fact that the UK is made up of four nations and meant from a unionist perspective to be a multi-national union of diversity – once referred to by Boris Johnson as “the fab four” – there is the inconvenient fact that the UK is not a nation but a state.

Even more this tells us that the Tory Westminster class are rattled and put out by the rising impact of the Scottish, Welsh and Northern Irish devolved governments, particularly during the pandemic.

Another dimension missing from Strength in Union is mention of Brexit, Scotland and Northern Ireland voting to remain in the EU, and the successive Scottish election victories which have seen the return of the SNP and pro-independence majorities. Hague goes beyond Jack’s triple lock against an indyref last week, widening the argument against a vote from “once in a generation” to “once in a lifetime”.

This lack of understanding of the union is mirrored by numerous other interventions such as Vernon Bogdanor, once seen as the foremost liberal constitutional politics expert in the UK, who has gone full rogue due to Brexit. Recently he wrote an incendiary piece proposing that in the event of an independent Scotland, partition should be considered retaining areas that voted ‘No’ in rUK and daring to cite Irish partition as some kind of success.

The past weekend he was off again showing his scorn for the Northern Ireland protocol, making numerous false assumptions about the union and the UK. One included claiming that the 1800 Acts of Union which incorporated Ireland were “fundamental” law when there is no such thing in the UK only parliamentary legislation; he even claimed that the protocol by keeping Northern Ireland in the EU single market went against “the wishes of the Northern Irish majority” – when a majority voted to remain in the EU.

All this underlines that the Tory union case is in major flux and not connected up to the major themes of the Johnson Government. It shows that the pro-union argument has a problem connecting up to the multiple challenges facing the UK – Brexit, COVID, inequality – and has a propensity to be vague, invoke scare stories and not have specific proposals.