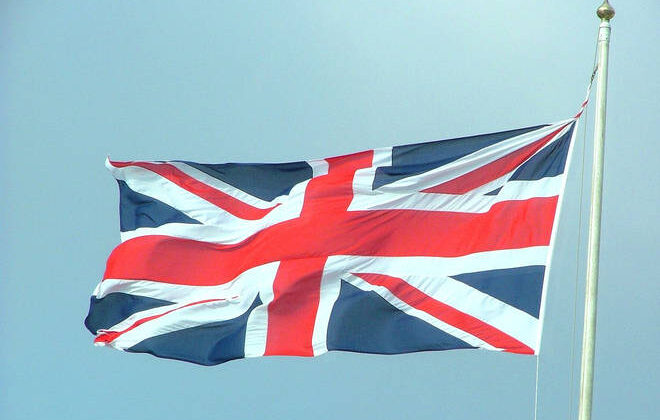 The UK is not in a good state – undermined by the concerted actions of the UK Government, continuing to showing a lack of understanding of the union. All of this is coming to a head as we approach the Scottish elections, raising the stakes for how people vote and raising difficult questions about the nature of UK democracy.

This Tory Government is dramatically changing the UK and the union, how political authority is exercised, the relationships between the four constituent parts and the centre, and in so doing radically altering fundamental characteristics of the UK.

Numerous developments accentuate this. There has been Brexit and the way it has been implemented as an English nationalist project, riding roughshod over Scotland, Wales and Northern Ireland. The precious fragility of the Good Friday Agreement and peace process has been undermined by the cavalier nature of this UK administration in its pursuit of the ultimate Brexit.

But there is much more. The UK Government is taking the Scottish Government to the Supreme Court over the legality of two pieces of legislation passed unanimously by Holyrood: one on the incorporation of the UN Convention on the Rights of the Child, the other the European Charter of local self-government. The UK authorities have decided to do this in the midst of a Scottish election, making the question who governs Scotland unavoidable. Tory MP Adam Tomkins voted for both bills and showed his desperation to make party political points, declaring: “Only in the worst of populist democracies (aka one-party states) are constitutional checks and balances on legal competence described as morally repugnant.”

Not only this but the UK Government has undermined the devolution settlement by overturning the Sewel Convention – by which the Westminster Parliament does not legislate in devolved areas without the express consent of Holyrood or the Welsh Senedd. This is not the violation of some meaningless set of processes but has seen the UK Government via its UK internal market act encroaching significantly into a host of devolved areas.

This is part of a deliberate approach by this government in removing checks and balances, potentially reigning in the Supreme Court and judicial review of ministers, and looking at ways in which the Westminster Government can re-establish its profile and role in Scotland and Wales.

The end of the union of consent

This week Ciaran Martin, the lead UK negotiator of the 2012 Edinburgh Agreement between the UK and Scottish administrations, gave a lecture on independence and the union to the Blavatnik School of Government, Oxford University.

This was a devasting critique of the UK Government, its lack of clarity, its weakness on making the case for the union, and its ability to understand and respond in an intelligent way to the case for Scottish independence. It raised the bar of argument and is a welcome challenge for others to do the same.

Martin said that the UK Government’s refusal to consider an indyref, even if the people of Scotland vote for one, was fundamentally altering the nature of both the union and democracy. Johnson and company are saying, according to Martin, that: “The formal position of the UK Government appears to be that there will be no lawful, democratic path to achieving Scottish independence for an unspecified number of decades”. For Alister Jack, Secretary of State for Scotland, this could be 2039, and for Johnson 2055 – the latter the 41-year gap between the 1975 and 2016 European votes.

In a clash between laws and votes, Martin stated that the UK has three options – to resist a referendum, reform the UK (and Scotland’s place within it), or re-run the referendum. The first of these would alter the basis of the union from “a union based on consent, to one based on the force of law.”

The UK Government is considering, in light of a pro-independence majority, the option of fighting the principle of self-determination in the Supreme Court. According to Martin, the UK authorities would then be saying that Scotland might be a nation but this did not confer any intrinsic right to self-determination – a position that even Margaret Thatcher rejected.

This is all revealing the fragile nature of the devolution settlement across the UK including, according to Martin, incompatible interpretations north and south of the border: “Politically the Scottish Parliament was established because a clear majority of Scots voted for it in the referendum of 1997. But legally it is a creation existing entirely of Westminster’s pleasure. Constitutionally it is nothing more than a large, powerful County Council.”

What happens if there is no indyref with an indyref majority in the Scottish Parliament? This raises numerous issues about how far Westminster is prepared to go, how desperate it is and how unsure – or sure – it is of its own case. One Tory minister commented last week: “I don’t see how we keep saying no for ever.”

Then there are the questions of all the usually cited alternatives. Is there any more mileage in more devolution to Scotland? Martin thinks not. Federalism is often cited, but never made explicit, and Martin rejects the idea – based as it is on limiting parliamentary sovereignty. In the context of Brexit which has been about a purist sovereignty it is impossible to imagine our current generation of politicians suddenly doing a volte-face and embracing a qualified sovereignty.

Martin takes a shot at former UK Prime Minister Gordon Brown and his invoking of “quasi-federalism”, criticising his idea (whilst PM) of entrenching and safeguarding the existence of the Scottish Parliament in law which he was told was constitutionally and legally impossible.

There was, Martin suggests, a damning failure by the UK state in 2014 to plan for the post-referendum environment, and what they would do in the event of their own side winning. This is rather reminiscent of their abject lack of responsibility in the light of a Leave vote in 2016 Brexit. Yet within hours of the 2014 vote being officially declared David Cameron was on the steps of Downing Street talking of listening to England and English votes for English laws, followed by Brexit – led and fed by greater Englanderism.

This is the articulation of a dogmatic, inflexible strand of the English political tradition. It is one that George Orwell’s official biographer Bernard Crick called “the English ideology”, by which he meant the fetishisation of an absolutist, indivisible interpretation of sovereignty that more and more seems to wilfully not understand the nature of the UK, the union and the relationship of its four constituent parts.

The crisis of the union is ocurring not just in Scotland, but in all four nations, with Northern Ireland increasingly sitting in a semi-detached political and economic space. Archbishop John McDowell, leader of the Protestant Church of Ireland, said of the attitude of the UK Government: “The place is beginning to feel like a colony again” with the imposition of policies on the logic “you won’t do it yourself, so we’ll do it to you.”

Westminster cannot say no to Scotland for any substantive period without doing irreparable damage to the nature of the union. Scotland, asserts Martin, has the right to a referendum if we vote for it; there is no persuasive argument which can be put which can assert that the democratic will should be blocked, he believes, with arguments over “once in a generation” and timing not trumping the politics of mandate and the popular will.

Challenges to Yes and No for the next time

All of this he rightly observes poses big challenges to Yes and No. The Yes side has to improve the detail on the currency and economic figures which proved to be a weakness in 2014. Martin also asserts that Yes cannot be expected to fill in every detail of an independent Scotland now – as that will be contingent on negotiations and future choices.

Critically he takes the view that the No side have to change how they presented their case last time. A future campaign needs to stop presenting an independent Scotland as an Armageddon and friendless in the world – unable to join the EU, NATO and other international bodies. It is dishonest politics to pose that an independent Scotland cannot be a success domestically and internationally. Martin observes of such anti-independence dire warnings that: “The history of Northern Europe with its numerous small independent states forged from larger ones shows that such an assertion its plainly ludicrous.”

Martin’s lecture and related paper drew four conclusions. First that “The Union can be maintained by force of law – but is it wise to seek to do so?” Second that “There is no viable alternative model for the UK, which means that the choice facing Scotland is between the status quo (or some variant of it) and independence.” Thirdly that “The 2014 referendum template is broadly replicable for a further referendum”; and finally that “A repeat of the 2014 campaign, in which both sides unnecessarily complicated what is a huge but actually reasonably straightforward political choice, should be avoided.”

The nature of the argument has to change. Scottish independentistas now have much greater responsibility with a higher likelihood of victory. The union side cannot have a scorched earth policy prepared to burn down the house, while citing vague future reforms moving to near-federalism. The Yes side has to really envision what an independent country would like while acknowledging, more than was done so in 2014, that there will be hard choices and heavy lifting in the early years. The No side has to address a union which has increasingly become a greater England in all but name.

Ciaran Martin’s prospectus is powerful and compelling, all the stronger for its calm, considered tone and analysis, which paints a bleak picture of the union. In all of this the failings of this government are deep seated and fundamental, but the retreat and hollowing out of unionism is a much longer story.

Boris Johnson and his government may come to be seen as the ultimate gravediggers of the British state, unionism and the union itself. As The Economist editorial put it this week, “If he [Johnson] fails, he will go down in history not as the man who freed the UK, but as the man who destroyed it.” But in so doing he will have had the help of many hands, including the entire Conservative Party and will have wilfully caused the death of a once powerful, compelling political tradition: unionism.