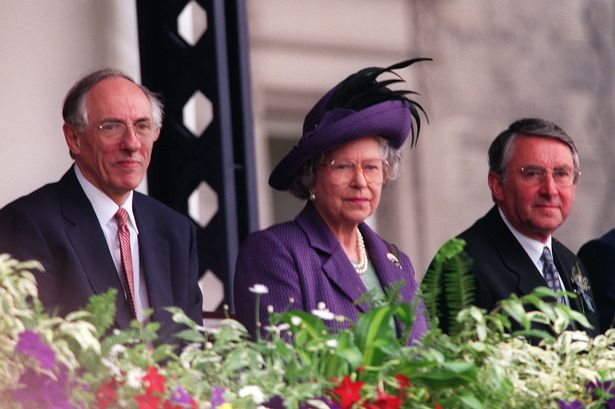 The Legacy of Donald Dewar and Scotland’s Stories: Past, Present and Future

Twenty years ago today Donald Dewar tragically died at the age of 63. His loss was an incalculable one to the fledgling Scottish Parliament and to Scottish Labour: the first institution eventually finding its feet, while the second lost its way.

Dewar was Scotland’s first ever First Minister who presided over the establishment of the Scottish Parliament. He reasserted Labour’s devolution commitment when others doubted it and, in the months following the 1997 Labour election victory as Scottish Secretary of State, oversaw the emphatic 74% vote for a Parliament in the referendum of that year, and then navigated the Scotland Act 1998 through the UK Parliament and onto the statute book.

Donald Dewar had many positives. He had an obvious, generous sense of public duty and decency. He was a true believer in devolution, supporting it when it was deeply unfashionable in Labour in the 1960s and early 1970s, a characteristic he shared with the late Labour leader John Smith.

Take the establishment of the Scottish Parliament in which Dewar played a key role. His leadership was pivotal to Labour reaffirming its support for devolution after the 1979 referendum. He saw down the devolution sceptics in the party (Brian Wilson, Robin Cook) and then steered the party into the cross-party Constitutional Convention to agree the details of the Parliament – marginalising those in the party who thought Labour should solely own the devolution project.

To this end he encouraged the party to embrace a Parliament elected by a system of proportional representation – one combining First Past the Post with the Additional Member regional list – which the 1979 Assembly had not. This was key to reassuring non-Labour Scotland – Lib Dem and SNP voters in particular – that there would not be a built-in Labour majority on a minority of voters. Besides this Dewar was central to shifting Labour’s defensive, hesitant plans for an Assembly in the 1970s to one for a powerful Parliament at the centre of public life.

Then there was his passion for Scotland, its culture, history and sense of itself as a nation. Tom Devine said of Dewar: ‘Forging the link between the Scottish past and the Scottish present came easily to him’. One example makes this case: Dewar’s speech at the opening ceremony of the Scottish Parliament on July 1st 1999. His keynote address – in front of the Queen and Prince Charles on an evocative day – was filled with beauty, insight, history, and a poetic language and intelligence.

He talked of the Parliament in moving terms: ‘There is a new voice in the land, the voice of a democratic Parliament. A voice to shape Scotland as surely as the echoes from our past’, invoking ‘the sound of the welder in the din of the great Clyde shipyards; the speak of the Mearns, with its soul in the land; the discourse of the Enlightenment …; the wild cry of the Great Pipes; and back to the distant cries of Bruce and Wallace.’

This was a remarkable, romantic speech which Dewar wrote himself. It was also a Scottish nationalist speech, in the wider, generous interpretation of the term, from someone comfortable with Scotland’s distinctiveness, autonomy and traditions. I had one public debate with Donald Dewar on BBC Radio Scotland which confirmed this interpretation, in the run-up to the Scottish Parliament. In it he said in words I will never forget ‘I am a Scottish nationalist with a small S’. This was a typical Dewarism in getting a phrase slightly wrong; what he meant was in the words of Tom Nairn that he was not an ‘upper case nationalist’ like those in the SNP but part of the wider tribe who were ‘lower case nationalists’.

With all these qualities there were limitations and weaknesses in Dewar’s style of politics and leadership. He was an old-fashioned politician, not adept and concerned for the TV age, image and spin; indeed he was a politician who was defiantly anti-spin and not of New Labour.

That is what made him genuine. It also made him disorganised and not entirely predictable and disciplined in his messaging. This sounds positive but had negative consequences in that such a dishevelled approach to politics fed into leadership. This could be disguised at Westminster where he was part of a team, but was a major weakness in the Scottish Parliament.

Dewar was uncomfortable as First Minister in leading an administration, shaping its priorities and giving direction to a team. The Cabinet he led, apart from Henry McLeish and Sam Galbraith, were a host of young, inexperienced ministers – Wendy Alexander, Susan Deacon, Sarah Boyack, Jack McConnell.

If this were not enough Dewar, like many senior Labour figures, had a profound ambivalence about elements of modern Scotland which spilled over into how he saw devolution. Dewar was a lawyer by profession, and practiced law when out of the UK Parliament from 1970-78, after losing Aberdeen South and before he won Glasgow Garscadden in the 1978 by-election.

He was by instinct, background and profession part of the Scottish establishment. He was comfortable in the company of friends of a similar type, background and outlook. This meant that he had a constricted view of the politics of devolution and saw it as about bringing back power to Scotland and limited change. Devolution was an act of preservation, not transformation, and of believing that the fundamentals of the country were right with the right chaps and occasional woman running things – all of which would be legitimised by the establishment of a Parliament which would aid the maintenance of a benign, enlightened order of things fronted of course by the Labour Party.

This is not to damn Donald Dewar as a politician or human being but merely to reflect on the dynamics of class, power and patronage. Dewar was part of a liberal establishment elite who saw themselves as having a public duty and who formed the core of the leadership class who traditionally administered public services and public life across Scotland.

What sprang from this is that Dewar did not see devolution as a catalyst for further democratisation and dispensing power throughout Scotland, and did not view the arrival of a Parliament as part of a journey in which people up and down the land took power into their own hands.

There is also the controversy that defined his period as First Minister: Clause 28. This was the homophobic clause brought in by Thatcher against the so called ‘promotion’ of homosexuality in schools. At the end of 1999 Wendy Alexander announced its intended abolition, unleashing a cultural war with part of Scotland which was not at ease in the slightest with lesbian and gay rights.

This was a terrifying experience for the nascent Scottish Executive. Donald Dewar didn’t know how to support and protect his young ministers, while other Labour ministers, notably Henry McLeish and Jack McConnell, gave out signals that this was not the sort of thing their voters wanted. It was a defining point in modern Scotland: the first ever public debate about homosexuality with the Parliament eventually passing abolition. Dewar was no homophobe but he was of a generation which was uncomfortable and just did not talk in public about such subjects.

Dewar was the last Scottish Labour leader who was able to reach out, connect and form an emotional bond with voters beyond Labour’s heartlands. He understood middle class society and professional Scotland; he could speak to SNP, Lib Dem and even Tory voters; and had a deep connection to culture and history. Wendy Alexander who worked as an adviser and then minister under Dewar said of him: ‘For Donald, the big picture came before partisan considerations or the prevailing consensus’.

Labour’s descent after Dewar is one of leaders turning away from voters and inwards. Henry McLeish was only First Minister for barely over a year, but Jack McConnell disastrously believed that he could continue to win elections by only appealing to Labour’s core constituency – which worked in 2003 when the party won, but narrowly failed in 2007, and the rest is history.

It is too easy to lay all or most of Scottish Labour’s decline at the untimely death of Donald Dewar. It is true that his death robbed the party of finding its feet in the early days of the Parliament. Subsequently, the party has made decision after decision which has slowly but inexorably undermined its case over the past thirteen years. To this day the party has not adapted to the role of being an opposition party, the need to be an insurgent, and to have a strategy, rather than just detesting the SNP.

There is the human dimension to this. Dewar’s death along with John Smith six years before in 1994 and Robin Cook’s five years later in 2005 – robbed the party of three of its most high profile and successful politicians. It left a huge sense of political and emotional loss at the top and heart of Scottish Labour – as well as public life – and it is one tangibly felt by those close to all three to this day.

Donald Dewar should be remembered kindly and affectionately: as not a saint or perfect or even really as the ‘Father of the Nation’: a phrase he disliked. He was someone who believed in Scotland, its people, history, culture, public duty, the idea of social justice, and the power of politics and government to do good. In this he is a reminder and clarion call of what should be the core mission of the Scottish Parliament.

Dewar’s style of politics seem a long way removed from the present but in a number of respects he offers useful pointers. He was genuine, unvarnished and entered politics not as a vocation and career but to contribute to the betterment of the nation. If he did not have all the answers or easy solutions his mission and drive came from a deep set of values which shaped and informed him.

The other dimension of Dewar which is relevant is his love of Scotland and his understanding of the deep tapestry of Scottish nationalism. Dewar was a pro-unionist who unashamedly saw himself as a Scottish nationalist – and because of this he lacked the tribal hatred many of his colleagues had of the SNP and independence – it being no accident that the Scotland Act 1998 had as he put it ‘no glass ceiling’ on any future ambitions towards independence.

The death of Dewar had ripples long after that day in October 2000. It meant that Labour in office never really attempted to tell a convincing, popular story about devolution and voters could sense there was something missing at the heart of the McLeish and McConnell administrations.

This failure provided the opening which the SNP seized initially tentatively in 2007 and emphatically in 2011 – which brought the story of independence in from the margins and made it part of the mainstream. That is a fundamental change in how Scotland sees itself which there is little prospect of reversing in the immediate future. It is an outcome – Donald Dewar – a man passionate and non-tribal about Scotland would have accommodated himself with. His Labour successors are going to have to if they are to have any relevance in the future.