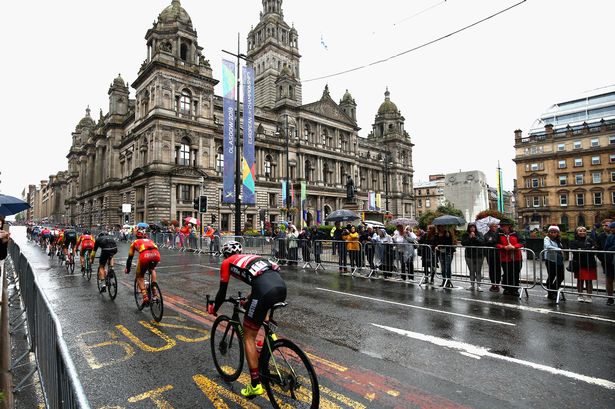 The Limits of Seeing Glasgow in Black and White Terms

Last weekend Rangers and Celtic met in the first ‘Old Firm’ derby of the season. Hotly anticipated in some quarters and dreaded in others, it was marked by a Rangers victory with supporters of the club then walking through the city centre singing anti-Irish, anti-Catholic songs full of bigotry and hate, while police officers passively watched them.

We have been here so many times before in the strange world of Scottish football that the senses of many are numbed, while others choose to remain silent and even collude with such behaviour. We will wait in vain for Scottish Tory leader Douglas Ross and fellow Tory Murdo Fraser to condemn such actions – both supposedly representing the party of ‘law and order’.

There is a pattern here. Think back to the two trashings of Glasgow’s George Square at the end of last season, as Rangers came back from oblivion and won the league, to which some Rangers fans responded by rioting, engaging in violence and reeking havoc on parts of Glasgow’s city centre. Did such odious, yobbish behaviour receive any condemnation from Ross or Fraser? Not one word as they kept their heads down for fear of raising the ire of Rangers fans who are uber-unionists. A sad precedent and one which diminishes any standing that Ross and Fraser, along with other Tories like Adam Tomkins, ever had. But this matters and damages Scotland unless the rest of us unite and condemn such behaviour and challenge those who would rather look the other way.

Such behaviour is sadly part and parcel of living in Glasgow, and of negotiating and having to endure such unacceptable actions along with the widespread collusion of many who are meant to show responsibility and set a moral example. Lawyer Aamer Anwar said of the Rangers fans this Sunday: ‘Sick of hearing of ‘challenges of sectarianism’, Sunday’s march was racist, anti-Irish anti-Catholic, if several dozen ‘black shirts’ marched through Glasgow telling Pakistanis to ‘go home’ would politicians, media & Police Scotland claim Pakistanis were part of the problem?’

I have lived in Glasgow for 30 years and like so many residents (even many football fans outwith the ‘Old Firm’) have had to wait with foreboding for the four Celtic versus Rangers league fixtures every year. Indeed, when Rangers were missing from the top league for four seasons there was a different atmosphere in the city without the regular circus of these games. A large part of the city seemed to have more space and feel more relaxed, something that even some Celtic and Rangers fans admitted – recognising they didn’t have to get caught up in the same old rituals and antagonisms.

A defining feature of the Celtic versus Rangers duopoly is the mixture of rivalry and animosity combined with co-dependency: the latter being one reason that many fans of both clubs (but particularly Celtic) despise the ‘Old Firm’ term. Apart from embodying equivalence, it also gives the game away by emphasising that the two clubs are in a relationship and in part defined by one another.

Beyond this issue is an equally serious one about how Glasgow is represented, misrepresented and caricatured, through what can only be described as black and white thinking. This portrays Glasgow as a unique city of extremes and divisions with little middle ground: Celtic v Rangers, Catholic v Protestant, poor v rich, ‘Red Clydeside’ v middle class Glasgow, and more.

It is there in the savagery of ‘No Mean City’ and Edwin Muir’s repulsion at the city. It can be found in the work of the publicly funded Glasgow Centre for Population Health describing the city as ‘a Sick City in a Sick Country’ and in much of the discourse used by institutional and professional opinion which often seems to disregard the lived experience of real people. The writer Carol Craig posed a bleak desolate urban world from which there was no escape or redemption; while left-wingers such as Sean Damer (who dismissed the former as ‘mince, pernicious mince’) themselves condemned a whole spectrum of middle class radicals trying to bring about change who he judged were not radical enough.

Ian Jack has been one of the most illuminating observers of Scotland over the past few decades. He has produced vivid, intimate descriptions of the passing of working class worlds, lives and jobs, and drawn from and added to the richness of collective memories, giving powerful testimony to things which might otherwise have been lost.

It was a surprise then that when Jack produced an essay in the Saturday Guardian past on the sad state of Glasgow present (which quoted myself), that rather than paint his usual compelling canvas, gave us something closer to a caricature. Jack rightly took aim at the city of the COP26 promotional video produced by Glasgow City Council with its usual glib assurances that everything was fine in the great city: ‘Glasgow is a city transformed … a city that continues to embrace change.’

But he went further and posed that the only alternative reality was that of the decimated communities, shut libraries and centres which may never open again alongside thwarted dreams and diminished lives, writing: ‘Away from its new riverside, Glasgow is often ruinous’. There was no space for the many Glasgows in-between the official distortive take and the demoralisation of a city facing huge council cuts. The writer Peter Geoghegan stated: ‘I really like Ian Jack but this feels like he has fallen for the Manichean divide that characterises so much commentary about Glasgow, from novels to non-fiction. Either ‘no city like it’ or ‘no mean city’. The reality of living here is, inevitably, far more shaded.’

Black and white Glasgow has power and reach because it gives both sides of the equation status. Many may pose such binaries because they are trying to delegitimise their opponents, or gain public funding for their activities, but often it does is the exact opposite. Rather, black and white framing validates both sides, giving power and preferment to each – even when one side is trying to exclude the other. This is a mixture of entitlement, privilege and victimhood, all wrapped into one combustible mixture.

Can Glasgow ever escape from this prison of thinking and interpretation? One small step would be to reject the very premise that runs through the heart of Jack’s article – that there are only two Glasgows, one of COP26 and the other world of battered and bruised communities, boarded up libraries, and a city on the verge of a nervous breakdown. This is the same version of the city put forward by Gary Smith, now head of the GMB across the UK, ex-head of Scotland, who has laid into the state of Glasgow with quasi-evangelical fervour.

Glasgow make no mistake about it is in crisis. But what was missing from Jack and Smith was the self-organising, self-determining Glasgow of activism, volunteers and people bringing about direct change, making a significant impact on communities and neighbourhoods. The list of such pioneers includes Glasgow Women’s Library, Galgael, Govanhill Baths, Kinning Park Complex, and many more. The point is that the city is not a Manichean dystopia defined by the hollowness of ‘the official future’ and a hollowed out council in full retreat.

Jack is correct in noting the emptiness of, and deceptions within, ‘the official future’ – an account promising a bright, alluring, confident, shiny world. This ‘official future’ is part of the fundamental problem facing the Western world and humanity. It is based on endless growth and consumption, lifestyles funded on endless shopping and city breaks, and the promotion of an anti-social individualism which comes at huge cost to people, society and the planet. This future became even more explicit after the Cold War and has served us poorly, feeding a Western sense of arrogance and complacency, an indifference to what our global prosperity is based on, and the turning of attention away from the brutal reality that for twenty years since 9/11 our societies have been waging permanent war in the name of ‘freedom’ and ‘democracy’.

The Glasgow story of Ian Jack and others matters beyond the boundaries of the city and Scotland. Not only is the city a powerhouse in relative terms in the Scottish economy, it is a place of innovation, research, collaboration, ideas and great culture and vibrancy (along with seismic deprivation and poverty and much in-between). It is a city which I choose as my home for 30 years until last week, and I care about it and its future passionately.

If Glasgow and the world is to change from the selective, distorted, unsustainable future presented to us in recent decades, we have to as a critical first step reject the world of black and white thinking and binary choices. There is more to Glasgow than the COP26 and ‘the official future’, and the other version of the ‘mean street’ Glasgow.

There are many Glasgows; many uplifting and inspiring Glasgows; and numerous different Glasgows of the future, present in the here and now. The best of the city can only flourish, be inspired and become that future if we name it, encourage it and give it space. And reject the cul-de-sac of the Two Glasgows which have been trundled out at such cost for so long.