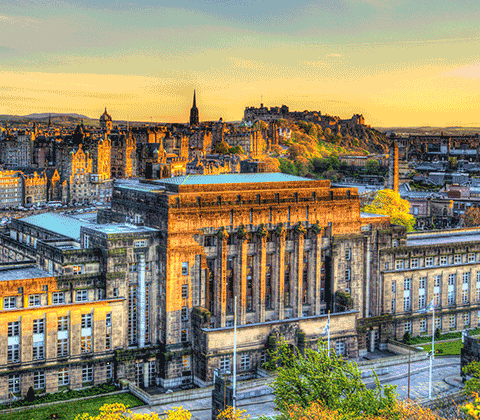 The entire coronavirus pandemic has been shaped by the incompetence of Boris Johnson and the UK Government. At nearly every stage they have seemed almost wilfully too slow to act, learn or admit mistakes.

One underlying problem has been the degree to which the UK Government has acted centralising English decisions. It has been unwilling to encourage or support localism, decentralism and civic leadership across the country. Instead, it has advanced a one size fits all approach for England, bypassing local government, not drawing on regional public health and other expertise, and instead, attempting to govern by ministerial diktat.

This critique is well-founded and is one that Scotland – along with Wales and Northern Ireland – have stood apart from. All three have shown a much more striking degree of competent leadership and co-ordination during this crisis.

Yet by mirroring Westminster’s centralising mindset Scotland, Wales and Northern Ireland are acting in a similar way. They are centralising within their territories, drawing up powers and competencies to their devolved administrations and leaderships. And in so doing they are accentuating the evolution of devolution in each of the three nations – which has seen the emergence of powerful political centres in Edinburgh, Cardiff and Belfast which are not only counters to Westminster but coalesce authority in their own countries.

Take the Scottish story of centralisation. Much of this has a logic during the exceptional circumstances of a pandemic. But in a country with an atrophied, financially strapped local government which is barely worthy of the name ‘local democracy’, and an absence of powerful intermediate public institutions between citizens and the state, the Scottish Government’s capacity to reflect and understand the diversity of the nation is being severely stretched.

The remorseless centralisation of the Scottish Government in this crisis is present in numerous ways. There are the daily briefings of the First Minister Nicola Sturgeon which started for understandable reasons. Two and a half months into lockdown they have now become a showcase for the limits of how the system and our politics work.

Every daily briefing is led by the First Minister. No other government minister has led one of these briefings; Jeane Freeman, Health Secretary, often attends but on many occasions barely contributes. Then there is the lack of accountability and sidelining of Parliament in the cumulative effect of these briefings – with important announcements not made to MSPs but to the media and TV audiences. There is a creeping presidentialism in this, with the Scottish Parliament being seen as an afterthought – both unhealthy trends which have been building for years.

The mismatch between centralisation and how people are responding in their lives is even more stark. All across Scotland thousands upon thousands of people are reacting to the crisis and its challenges by supporting localism and embracing local initiatives, actions and networks, some ad hoc, some more permanent. People are taking action in supporting their neighbours; communities are creating informal systems to assist one another, and giving a new energy and purpose to already existing groups.

Much of this as you would expect is below the radar, taking place without publicity or even in many cases funding. But it also happening in many cases beyond the reach and awareness of the Scottish Government who are too busy to recognise this but also don’t seem to have the mindset to understand what is going on. There is at the moment little capacity in the system at the centre to embrace such learning but also a lack of dialogue and relationships between the centre and local informal initiatives.

The centralising mantra has consequences in a pandemic because local activism, leadership and decision making, alongside a diverse ecology of different arrangements and institutions, can provide a more sensitised way of responding to the crisis. Take an extreme example elsewhere showing the power of the local. In the US the disaster Presidency of Donald Trump has to an extent been mitigated in this crisis by the power of the states, governors and local government, who have adopted state level responses to the pandemic which have in places been effective: California being one example.

The longer story of Scotland’s centralisation has been ongoing on for decades. In many accounts Margaret Thatcher and Thatcherism are blamed for a war of attrition and distrust on local government. But Scotland’s story of centralisation goes back much further. There was the 1976 IMF approved public spending cuts, and before that the 1974 local government re-organisation which brought in huge regions such as Strathclyde and abolished single tier city government in Glasgow, Edinburgh, Aberdeen and Dundee.

Before that many actions of the post-war Labour Government, such as nationalising railways, coal and electricity, created British-wide bodies with no distinct Scottish autonomy. And before this the 1929 local government reforms swept away an entire patchwork of local town councils and parishes – many with centuries of traditions and local pride.

Hence, the road of centralisation in Scotland is at least a century old. What is seldom analysed is why this distinct pattern has continued over different political periods, parties in power, and pre and post-devolution. One dimension is the link between the rise of the Scottish dimension, the ‘Scottish lobby’ of institutional opinion, and the pressure of that to get organised groups to speak with a single corporate voice in relation to Westminster. All of which encourages a centralisation of attitude and institutional arrangements.

A major agent of this pre-devolution was the Scottish Office, which although a UK Government Department, saw its role under successive Secretaries of State for Scotland, as making the case for more funding and resources within the Westminster and Whitehall system.

This played into a cycle whereby the success of the Scottish Office at gaining more monies and allocation of public services gave it a higher status in Scotland, and more leverage and leadership with bodies here such as the STUC, SCDI and CBI Scotland. Slowly from the 1920s onward, as the size of government expanded here, this embryonic state saw one of its roles as rationalising the old hybrid mixture of public, semi-public and charitable services, many of which in their arrangements stretched back to Victorian times.

Hence, this system produced a series of centripetal tendencies whereby the more successful the Scottish Office was (and the more high profile the actions of ‘the Scottish lobby’) the more centralisation occurred in public life. This is the story of the Scottish Office pre-devolution through Tories such as Walter Elliot in the 1930s, Labour’s Tom Johnston and Arthur Woodburn in the 1940s, and the Tory James Stuart and John Maclay in the 1950s and early 1960s.

Many thought that this set of dynamics and the mindset behind it would weaken with the Scottish Parliament, but instead the centralising tendencies of the system have strengthened. First, the Scottish Government itself has become a giant lobbying force vis-a-via Westminster. The very existence of devolved institutions can be seen as an expression of ‘the Scottish lobby’.

Second, any new set of institutions such as the Scottish Parliament and Government always want to assert themselves and make the case for their existence, legitimacy and powers. In so doing new political institutions have a propensity to want to accumulate and hoard powers to themselves – taking them from other bodies.

Third, domestic politics count in this and the limited political vision of Labour and the SNP: the two dominant parties of devolution. Both have seen the accumulation of power at the centre as the way to organise public services with ministers and their departments able to have more of a direct role. It also matters that the advocates of localism and diversity of public services have been weak and not had powerful enough advocates in the system and Parliament, the Scottish Greens being the sole exception.

The limits of centralisation have been shown in this pandemic – and as self-evidently in Scotland as in Westminster’s approach to England. This is despite the obvious fact that Scotland has a government which is more focused and competent, and clearly a First Minister who is on the detail in a way Boris Johnson that isn’t.

Despite the above qualities centralisation has shown its limitations here, whether it be in public services such as health and education, police and emergency services, and the wider responsibility of local government – the last of which does seem to have been missing from the public face of national leadership.

Centralising politics ultimately do not work. All they lead to is an inexorable tendency to more centralisation, micro-control and lack of good decision making and accountability, as any diversity, pluralism and competing viewpoints are eliminated from the system.

Scotland of course in recent years has talked another game, the government promoting and passing a Community Empowerment Act which is weak and does little to progress such ideas, while such welcome ideas as community asset transfers which are happening across the country illustrate the lack of expertise in the system or support for those undertaking such endeavours.

There is a desperate need for building up insight, advice and an understanding of practice on how to nurture local people, groups and initiatives, beyond such positive groups as the Scottish Community Alliance with their agenda of ‘Local People Leading’. This is a terrain that national organisations such as SCVO do not seem to see as core to their mission – much of which has become an adjunct to existing government policy and thinking.

All the pressures in the system pre-pandemic and reinforced by it are towards more not less centralisation. Public monies will be tight after lockdown and difficult choices will have to be made. Government ministers here will continue to see the solution as being more power to government ministers. Already before the pandemic one consultancy view put it that Scotland could not sustain a mere 32 local councils, but instead should have between 12-14; this when the country once had hundreds of councils pre-1929 (which was closer to the Western European average per head of the present).

If the trend to centralisation is not stopped one dystopian future for Scotland is – irrespective of whether independent or remains part of the UK – of a stark, minimal public landscape of a Scottish Parliament and Government, one stand-alone commissioning body for public services, little to no intermediate public agencies, and a local democracy not worthy of the name. This is not a route to effective public services, democracy or accountability; but it would make sense to ministers and their advisers.

The political centre will not voluntarily let go of the powers it has gathered. It never does anywhere. Rather if the march of centralisation is to be stopped and reversed the system is going to have to be challenged and changed. That will require pointing out the limits and costs of centralisation and the development of counter-proposals which put localism at their heart, and then organisation to push for the remaking of local democracy in Scotland: an agenda and vision which has to go far beyond town halls and local government.