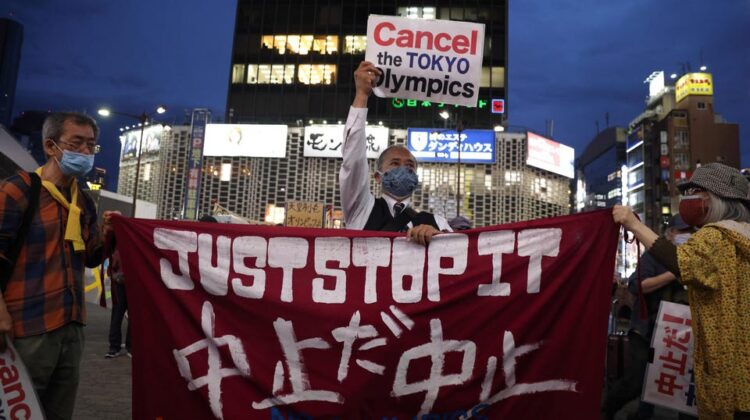 The Summer Olympics are a global festival of the best of most professional sports, the only equivalent in scale and spectacle is the football World Cup – a sport which is marginal in the Olympics.

The modern games began in Athens in 1896 and has taken place every four years since, with the exception of the interruptions caused by World War One and World War Two – until now. The Tokyo Games – the Games of the XXXII (32nd) Olympiad – were of course meant to be held last summer, but like nearly every major sports tournament were postponed and rearranged for the following year.

Sadly the Tokyo games from the moment they were awarded (in Buenos Aires, Argentina in 2013) have been mired in controversy and unpopularity. This was before the COVID global pandemic struck, and the games’ logistics in terms of sports professionals, teams and spectators became such a challenge – with outright cancellation of the games being raised by many until last week’s starting whistle.

Understandably Tokyo organisers and sports men and women wanted the games to go ahead – with many of the latter involved in years of preparation, training and organising their lives around this zenith. Yet, the unpopularity of these games, their cost and the COVID-19 impact raise questions not just about these in particular, but the sustainability and ethical nature of the Olympics per se.

What exactly are the Olympics for? They have long since lost any connection to the amateur principle but become about the pinnacle of elite privileged and monied international sport. What if anything is a distinct Olympian principle and calling, and are we really meant to believe that much if any exists across an occasion historically tainted by scandal and corruption. The Olympics like many such global platforms have become saturated and defined by corporate sponsorship and media coverage – and at times seem to exist for the benefit of these interests.

The modern Olympics have grown from their small beginnings in Athens in 1896 when only fourteen countries were represented – all European apart from Australia, Chile and the USA – and 241 sporting participants. Its growth since then has been dramatic, and has led to numerous political controversies such as the Nazi Germany’s 1936 Berlin Olympics, the 1980 Moscow games and the Soviet Union; and the 2008 Beijing games in China.

There have been numerous boycotts: 25 African states boycotted the 1976 Montreal games due to South African apartheid; 66 states including the US boycotted 1980 Moscow; while 14 states including the Soviets boycotted the 1984 Los Angeles games. Then there were the iconic black power salutes in 1968 at Mexico City – Tommie Smith (gold) and John Carlos (bronze) providing that iconic photo and being banned by the Olympic authorities; and the tragic terrorist attacks at Munich in 1972. The Olympics have always been political, and often through controversy or scandal said something about the age we live in. And that is before we get to any discussion about ongoing scandals of doping and performance enhancing drugs.

In recent times the games have become an albatross around the neck of host cities that provide the backdrop and stadiums to the Summer Games. Cities have gone bust, saddled with abandoned white elephant stadiums and crumbling and costly infrastructure while basic public provision for their citizens goes underfunded: Montreal 1976, Sydney 2000 and Athens 2004 being recent examples of long Olympic hangovers. Similarly the list of host cities globally continues to narrow as a decreasing roster of places are prepared to burden the expenditure, cost, risk and demands of the Olympic organisers. The next set of host cities are a predictable list of the rich and privileged: 2024 Paris and 2028 Los Angeles, both of which have held the games before, and 2032 Brisbane, Australia (the games last being in Australia in 2000).

I even have a small insight into what happens behind the doors of the Olympian leviathan. In the run-up to the 2012 London Olympics I was approached to be part of the then four-year Cultural Olympiad, to run a series of events in Scotland. While I supported and encouraged a welter of community initiatives and voices across Scotland, in my reporting to LOCOG (London Organising Committee of the Olympic Games) all my initiatives had to conform to the letter of the brand police of the Olympic family.

For anyone who has watched the BBC comedy series “2012” about the “bullshit bingo” industry that surrounds the Olympic delivery industry, let me just say that that hilarious satire understated the reality. In my four years of experience, not one LOCOG person ever asked about content in the Cultural Olympiad I was involved in or any of the other Scottish projects. Myself and a group were once told “The KPI [Key Performance Indicators] targets are the project” – meaning never mind what activities you are doing, just measure it by events, participants and brand management. Meanwhile their extensive risk register ignored the fact that Scotland might have an indyref in the run-up to the games, an issue I pointedly asked about, and got no answer, only bewilderment and silence.

The Cultural Olympiad is just one spin-off and attempt to make sure that the games reach out into wider society – in this case, to arts and culture which is always desperate for monies. The 2012 London Games was trying to show that they were not entirely Londoncentric but could reach out to the rest of the UK – including Scotland. Trickle-down culture as part of a trickle-down Olympic industry.

The Olympic Games like the World Cup – and to a lesser extent, continental sports tournaments such as the recent Euros and Copa America – have become corporate leviathans and juggernauts which have long loosened and completely broken free of their moorings. They are no longer about sport and the collective joy of participants and spectators, but about something darker and more sinister which needs examination and questioning.

Namely the Olympics has become a symbol of the grotesque capitalism, vested interests and shady elite groups who run so much of what happens in the modern world and contemporary capitalism: a politics of the sport of kleptocracy seen in the too frequently warped and questionable judgements of the International Olympic Committee and the likes of FIFA and UEFA.

At some point we have to call a halt to this painful charade and say enough is enough. The reach and control of the deformed, dehumanising, destructive capitalism which is ruining the planet and life on it has to be challenged, reversed and overturned. That change will not begin with the Olympics. But the turning sour of the Olympic dream is part of a sea change – with Tokyo a confirmation of how deep the malaise is.

We have to feel for Tokyo in this, the sports men and women giving their all, but we need to look at the empty stadiums and lack of atmosphere, and ask is this really the best way to celebrate and honour some of our finest and greatest athletes? Should we begin to think about sport again by returning to original Olympic principles – of the joy of participating, of celebrating amazing achievements, and of being part of something noble and uplifting that is about the best of humanity?