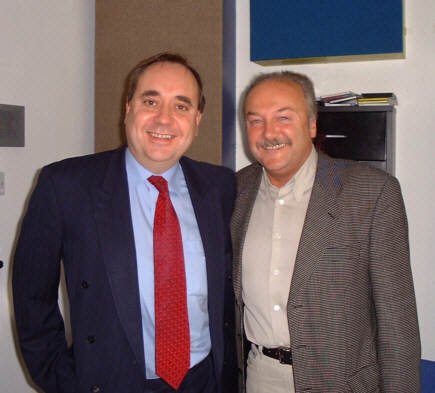 Once upon a time politics were simpler. Parties stood unambiguously on the left and right; politics was about class and the economy, and there was no such thing as “identity politics”.

This is of course make-believe as politics was never so completely clear cut. But in recent decades this has become even more messy and unpredictable, with existing parties open to new challenges across the developed world. Today one of the big stories of politics is the rise of populism: a politics which defines itself as interpreting the voice of the people in contrast to the self-interest of the established parties and related elites.

Populism can be found across the world: Trump; Marine Le Pen in France; the Alternative for Germany; Sweden Democrats; Dutch PVV, Hungarian Fidesz, and Polish Law and Order Party. While normally associated with the right, populism can exist on the left – where it often articulates a more economic agenda – as well as the right, where it can embrace the economic but more emphasises cultural aspects such as traditional values and “the nation” being under threat.

Britain has not been immune with UKIP, Nigel Farage and Brexit. For all Brexit’s English nationalist impulses these forces have also found footholds in Scotland – albeit less significant in appeal – with 38% of Scots voting for Brexit, UKIP winning one European Parliament seat and 10.5% of the vote in 2014, and the Brexit Party winning 14.8% of the vote and one seat in the last European elections in May 2019.

Scotland now has a plethora of political parties including new forces competing in the forthcoming elections – some of which can be seen as embracing the politics of populism. Populism is a much thrown about term, but can be defined as claiming to be the voice of the disaffected, disillusioned and alienated. As academic Cas Mudde has observed it poses politics as the “embattled mainstream vs. emboldened populism” and that “populist parties are merely the voice of a loud minority, it turns out – not a silent majority.”

Matthew Goodwin has undertaken studies of UKIP and “national populism”. The latter he thinks is often caricatured by left-liberals. It is rooted in “four Ds” evident in the West since the 1970s and 1980s: “high levels of political distrust”; “the perceived destruction of national cultures, ways of life and values”; “anxieties related to deprivation”; and “dealignment” weakening the old bonds between parties and voters – none of which he believes will go away in the near future.

In this context the entry of forces such as George Galloway’s All for Unity and Alex Salmond’s Alba Party can be seen within the slipstream of populism. Salmond’s Alba Party has positioned itself as the unofficial enabler of the SNP and independence. It has declared that its intent is to bring about a parliamentary “supermajority” by winning list seats supposedly beyond the SNP, when this is but a rhetorical device to justify its existence with there being no such thing as a “supermajority” for independence.

One poll found that 93% of Alba supporters believed that Salmond was a fit person to stand for public office, compared with 20% of the wider public. It has drawn disproportionately from independence supporters who voted for Brexit, while having resonance with some anti-trans rights campaigners. It will have a tough challenge getting above the threshold in most parts of Scotland to win representation, with its best hopes resting with Salmond winning in North East Scotland.

Galloway’s All for Unity is his latest political intervention since expulsion from Labour in 2003 over the Iraq war. Subsequently he has twice been elected under the Respect Party banner – first in Bethnal Green and Bow in 2005 and then Bradford West in a 2012 by-election. In his most recent campaigns: the 2016 London Mayoral contest, or the 2017 and 2019 UK elections, he has polled derisory votes, last finishing sixth in West Bromwich East with a mere 489 votes, and when he last stood in Scotland in the 2011 Scottish elections he met a similar fate in the Glasgow regional seat.

All for Unity is not on the left or right but has the stated purpose to “Save our Scotland” and bring together the pro-union majority to defeat “the separatist SNP”, backing tactical voting in constituencies and running list candidates who in reality may well take votes and hence seats from the Tories, Labour and Lib Dems.

Galloway and Salmond have many differences. Salmond for example was leader of the SNP for two decades, First Minister for seven years and led the Scottish Government for that period. Galloway has little experience in recent decades of running anything, and his sole experiences of managing an administration are as Secretary/Organiser of Dundee Labour Party nearly forty years ago and as controversial head of the War on Want charity over thirty years ago.

Yet the two have commonalities: a sense of swagger and faith in their own importance and political touch. They are both bloviators – filled with a belief that their words and pronouncements matter, while they have become as they have got older – umarells – a Bologna term used for older men who believe they have a right to stand over others and tell them how to do things while recounting their previous triumphs.

Salmond and Galloway both present their current projects not as conventional parties, but as entities which transcend such concerns as democratic processes, members running their party or even having a say, and instead are top-down creations of the leader. Both announced with no consultation their candidate lists for the Scottish Parliament. They are both borrowing from Nigel Farage’s Brexit Party – created without the constraint and input of democratic decision making. The leader is all in this form of politics; the embodiment and interpreter of the imagined will of the people.

Both Salmond and Galloway have embraced the Russian connection in UK politics and broadcast on the Kremlin backed channel RT (formerly Russia Today). Both are uncritical of Putin and the Russian state. Only this week Salmond on the BBC three times refused to say that Russian authorities undertook the Salisbury poisoning in 2018, also declaring that there had been “very slight” Russian interference in US elections. Galloway has made similar comments on Salisbury, and made pro-Trump comments after the US election of 2020.

Salmond’s Alba and Galloway were never going to be about the politics of compassion and solidarity. But in the last few days they have entered into an unholy alliance with the blog site Wings over Scotland. This was in light of comments at the Alba women’s conference over the weekend by Margaret Lynch, a party candidate for Central Scotland, that there was a concerted campaign by Stonewall and other LGBT advocacy organisations to reduce the age of consent to ten.

This was amplified by Wings and Galloway and is completely and utterly without foundation: with the intent of whipping up fraudulent moral panics, homophobia and anti-LGBT conspiracy theories, building on the radicalisation of some anti-trans campaigners. This is where the politics of desperate, reactionary populism can end: in the sewer spreading lies and disinformation, stirring bigotry and prejudice, and adding nothing to the commonweal of the nation. And unless this is challenged and defeated this is not the last instance we will see from these shameless figures and others following in their wake such baseless scare tactics.

Is there more to Galloway and Salmond than political opportunism, or two huge egos who cannot bear to leave the limelight? Could this just be about once bright political talents struggling to adapt to the world after the parties which gave them sustenance and support have long left them? And should we take seriously what are ultimately micro-political parties?

The answer has to be that we should not take either man or their latest enterprises at face value. Instead we should see them as a warning about the state of our politics and public life – that men with such chequered pasts and questionable behaviours feel they have the right to command our attention, be taken seriously and ask for our votes.

These were once major political talents but are now pale imitations of their former selves. Alex Salmond campaigned and won in 2007 using the ideas of positive psychology, changing his mindset to emphasise the positive case for the party and independence. The Salmond of recent times is far removed from that perspective and insight.

George Galloway had a long lineage as a firebrand left-winger with his most famous moment – apart from Celebrity Big Brother – being his dramatic evidence to the US Senate. Yet his long decline is evident in his own remarks – when only a few years ago he said “If you ever see me standing under a Union Jack shoulder-to-shoulder with a Conservative, please shoot me.” The Galloway of 2021 is now inviting people to vote Tory in constituencies and when confronted with his own words on the BBC The Nine this week avoided the question by attacking the interviewer and proclaiming that “I believe in Britain and the unity of Britain” and that BBC Scotland was “trying to destroy Britain.”

In these desperate comments both men are reduced to being lone political operatives where their judgement is exposed to events and scrutiny. Salmond in particular as SNP leader and First Minister worked with a close, intimate team around him who knew him, his strengths and weaknesses, and how to manage and get the best out of him. Salmond uncensored is a diminished prospect, while Galloway’s constant desire to reinvent and recreate himself seems to be running out of political mileage.

Is populism a short-term blip or the future?

For all this we need to ask whether the current wave of populism is a sustainable force. Or is it a generational expression of older, disgruntled voters which will wane as millennials come to the fore? We do not know for now, but the coming political contests in the French Presidential election of 2022, Poland and Hungary, and the US in the 2022 mid-terms and 2024 Presidential election, will offer some guide.

In many respects, the future is in our collective hands. In the US Joe Biden is redefining politics and the Democratic Party, breaking with the Clinton and Obama eras, and remaking the case for government and public spending. If he succeeds – and it is early days – this cautious, centrist politician could prove to be transformational; not just for the US, but for the wider centre-left, and internationally.

In Scotland, our challenge has similarities, but is less dramatic. Irrespective of the fate of Salmond and Galloway we have to embody a politics not just of hope and the future, but one which embraces solving the big issues by doing big things. These include remaking and repurposing government and the public realm, addressing inequality, poverty and powerlessness, and beginning the transition to the transition of a zero-carbon economy and the society of the future – which are all pivotal to what kind of country and society we live in – as well as the politics of independence.

Scotland used to do big things, and be known for it – and we can again. Raise our sights and horizons to that – and the appeal of the Galloways and Salmonds and their successors will have little resonance. Fail and we will see that they are the precursors to a politics even more ugly, filled with rancour, promoting division and discontent, and failing to acknowledge or address the real fundamentals of our age.