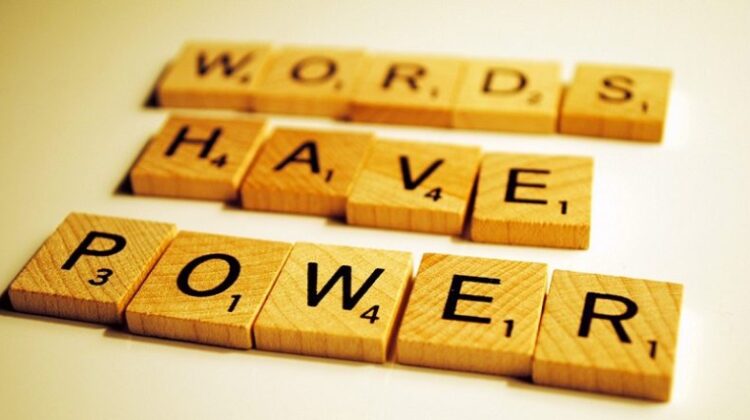 The Power of Words and Language in Scotland

Words matter. How we construct and share sentences conveys how we see and interpret the world. Language today seems more loaded, layered and open to misunderstanding or challenge than ever before.

It does seem the case that more people are making over the top comments; being antagonistic, aggressive and abusive, and deliberately seeking to offend and hurt others – in large parts of politics, public discourse, and on social media.

All of this is true in relation to Scotland. The past week has been one of the most heated in memory in politics and public life – with the Salmond v Sturgeon controversy, questions about the First Minister’s account of various meetings, and deeper challenges about the role and actions of the Scottish Parliament, Scottish Government and Crown Office.

Yet, these extremely serious issues which go to the heart of how we are governed, the quality of our public institutions, and the topic of accountability, have seen a lot of people blow off a lot of not very nuanced steam. Scotland has been described by prominent public figures as ‘a one party state’ or if they fancy qualifying it ‘nearly a one party state’, a ‘dictatorship’ or ‘tin-pot dictatorship’, and if they want to start getting specific: ‘Stalinist’, ‘North Korean’, and in the world of Guido Fawkes, a right-wing blog site, ‘Nicola’s Maoist Rebrand’ (about a forthcoming collection of Sturgeon’s speeches).

This is politics as charge and counter-charge, defining opponents by the most dramatic and caricatured language possible. In the case of Scotland it equates the nation and its politics with that of the SNP. This charge is levied by the very same people that also think that the SNP see themselves as synonymous with Scotland.

Some of the above can be seen as part of the cut and thrust of public life, but on other occasions – in broadcast or print media, words can have a greater impact. Last Friday, after six hours of Alex Salmond giving evidence to the Holyrood inquiry, the BBC’s Scotland editor Sarah Smith gave her verdict of the day on the Six O’Clock News: ‘He [Salmond] believes Nicola Sturgeon has misled Parliament and broken the ministerial code which he thinks means she should resign.’

The only problem was Salmond had done no such thing and gone out of his way to not say that, while obviously being very critical of Sturgeon’s actions. Two and a half hours later Smith said on Twitter: ‘On the 6 O’Clock News headline tonight I said that Alex Salmond had claimed the First Minister had ‘broken the ministerial code and that he thinks she should resign’. I would like to clarify that Mr Salmond did not say that the First Minister should resign.’ The first statement was said to millions on TV; the second to a more select audience on Twitter. It was that classic formulation of a correction with no apology given for something that was fundamental and glaring.

We can all make mistakes and the above comment of last year could be seen as a slip – albeit a revealing one. But last Friday’s is of a different order which cannot be batted away. Some of the BBC’s most fervent critics think this is about the bias of the institution, and Smith’s worldview as she is the daughter of the late Labour leader John Smith. This is surely an over-statement, for Smith is an experienced professional who would not trip herself up so easily. But perhaps rather than conscious bias, she sometimes allows her subconscious biases to come to the fore, revealing that she does not really approve of the Nationalists and their independence project. Whatever the reasons, as well as the above examples we have a litany of errors and miscalls from Smith which point to her sadly not being as good at her job as she should be, and those errors all being in one direction – against the SNP and independence.

In a very different league The Times and Spectator’s Alex Massie is a man who has a way with words. He has written several illuminating pieces on recent stramashes and this weekend took pen to paper in the Sunday Times, where he took aim at the naïve idea that many had at the onset of the Scottish Parliament viz that we could do things differently and better than Westminster. This was tosh, Massie wrote: ‘Sham bragging for a sham nation, if you like.’

When I challenged him on this he replied: ‘It’s not dismissive of the desire; it’s dismissive of the notion such a thing might be achieved and of the fatuous basis upon which such notions were built. As for ‘sham’, we are all from time to time permitted to have fun with Mr Edwin Muir.’ The poem in question is Muir’s legendary, ‘Scotland 1941’ and the line: ‘Burns and Scott, sham bards for a sham nation’.

Massie had not referenced Muir in the piece or alluded to the fact he was invoking this evocative line – which although known by some is not that common parlance. Then there was the intention of his argument; to tell us we had all been a bit too idealistic in those pre-devolution days. This brought the response from James Mitchell of Edinburgh University: ‘Many concerned today noted the weaknesses, doubted likelihood of ‘new politics’ but admired the idealism. Checks and balances not only do not require perfect people, their purpose assumes people with power will not be perfect.’

Not all questionable remarks are about politics in the narrow sense. Gordon Beattie runs Beattie Media and handles the accounts of a range of corporates such as Tesco and Cala Homes. Last week he issued a statement, obviously intended to be eye-catching and clever, about the skilled and dynamic people they sought to work at his company – declaring: ‘we don’t hire blacks, gays or Catholics’ followed by a further clause that they only hired talent. As someone meant to know PR and how something will appear in media, this did not seem the smartest PR messaging for the Scotland of 2021. And as happens in these circumstances Beattie withdrew the remarks and then did what many do now – issue the non-apology apology saying that he had removed the comments ‘because the language I used has caused offence and for that, I am deeply sorry.’

Why are we the way we are and what can we do about it?

There are always going to be contested words and exchanges in public life, and moments when people get things wrong or make statements ill-considered pronouncements. We do want to live in a society where people can make mistakes and learn from them.

In today’s world though the degree of acrimony seems to be on the rise. Some people think this is the rise of ‘identity politics’, a generational preciousness of some to buy into ‘cancel culture’ where they are too easily offended; along with the rise of social media – a public space which is open and has few to no gatekeepers. But these are superficial explanations which do not take us to the root causes; social media for example is a catalyst and amplifier not the originator of those spreading hate and prejudice, although during these ongoing days of COVID it can be the main vehicle for the thoughts of many unable to check out their ideas with other people face to face.

First, the old rules of how we behave in society have if not broken down, eroded dramatically. Much of this is a positive – the decline of deference and automatic trust in authority. Second, this has led in places to a too prevalent cynicism and distrust in facts, experts and authority which can be seen all over the world. Third, there is an increasing generational divide in society and economy which has an overlap with how people see the world: older citizens and voters aged over 65 having overall done well out of prosperity and rising house prices, while those in their twenties and thirties have become increasingly locked out of prosperity. The result of this is the straining to near breaking point of the cross-generational stories which bind and define a society – all aided by changing family and household patterns.

Fourth, this growing discord is directly related to the breaking of the social contract between politicians, elites and public which defined the UK and the West post-1945. There is no longer a consensus about the economy and society and how wealth and resources are divided, with the UK one of the most unequal countries in the developed world. This has a direct consequence, feeding into the above – with many feeling anger, betrayal, indignation and wanting remedial action and even punishment of those who brought this about by voting politicians and governments out of office.

There is a Scottish dimension to this because we tend to forget that not so long ago this nation was a very authoritarian, punitive, deferential society: a place with a strict moral code and a belief in disciplining and punishing those who stepped out of line. This version of Scotland has only gone into terminal decline in living memory – with the last powerful grip of authority beginning to wane in the 1950s and deeply loosen in the 1960s. We have only recently emerged from the shadows of a Scotland of ‘the unco guid’, pervasive authority and of people being told their place, and the memories and echoes of it are still there in the recesses of society and attitudes.

The arrival of the Scottish Parliament was only one symbol of the loosening of the grip on that old order and becoming more comfortable in our own skins. But such change takes time and has to be aided, advocated and lived, as power and authority becomes more diffuse, pluralist and by its nature contested: what Tom Devine has called ‘Scotland’s velvet revolution’ which in many respects is still in places incomplete and we are still living through.

We cannot go back to the older age of restricted and controlled public discourse, but to improve it and not just make it more civil but filled with more substance, we have to address the fundamental causes. That is namely the nature of our societies, the huge imbalances in wealth and income, the insecurity of millions in the UK in a country we are repeatedly told is one of the wealthiest in the world, and where the ruling elites politically and economically tell us that it impossible – a ‘sham politics’ if you like to believe an alternative to this existing order is possible or even desirable.

Let us just remember that the present self-interested advocates who say now ‘There is No Alternative’ – the right-wing think tanks, corporates, lobbyists and their hangers-on – are the same people who turned the world upside down over the past forty years. We need in a world of constant noise and chatter to not lose sight of the basics: that the world is bitterly and unfairly unequal and it does not have to be this way. But we do have to learn ways of talking, challenging and having an impact which can alter that and not fall for the myth that getting angry and abusive on social media is an adequate substitute for lasting change.