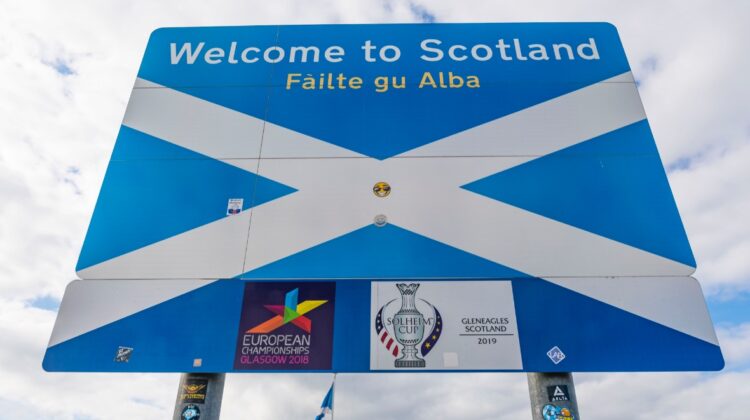 The Pressures of Success: What Independence has to do to win

It has been a historic week, and we are only half way through the month. Trump defeated, Dominic Cummings leaving Downing Street, a COVID-19 vaccine, fourteen polls in a row for independence, and – to top it all – the Scottish men’s football team qualifying for the Euros.

Things are looking up. Being in a winning position changes everything. It brings fresh questions, expectations and pressures. There is the cumulative effect of the SNP being in office by 2021 for fourteen years with the resulting wear and tear. There are the tensions between the innate conservatism of the SNP leadership and the frustrations and impatience of a large part of the Yes coalition.

The SNP are now the dominant party of Scotland – more popular and becoming as entrenched as Labour at its peak. SNP popularity is pivotal to independence and yet there is also a tension between the SNP’s actions as a government and party, and the wider cause. The SNP is in government but independence is about more than one party, and to win it has to reach out and win over non-SNP voters.

Independence’s majority needs to be understood and not seen as permanent, and as grounds for complacency, says writer and musician Pat Kane: ‘Facing COVID, the SNP’s (and Sturgeon’s) calm display of competence has pulled (and Westminster’s very opposite behaviour has pushed) a new chunk of Scots towards the basic Indy identity – that we reduce those fears by exercising our own powers, through Scottish institutions we now trust more than UK ones.’

Independence has to ride several horses at once. It has to have a central place for the SNP. Yet they cannot own the project completely and have to share the stage with others. Similarly, while an insurgency 2014 style is less plausible, independence cannot regress into a defence of Scotland as it is at the moment. It cannot offer an apology for status quo Scotland – the death knell of any kind of radical politics.

Kevin Pringle, who had a central role in the 2014 indyref, comments that: ‘Part of the challenge is organisational. ‘Yes’ clearly has sufficient support to a win a referendum, whenever it comes, but I think it makes sense to give some thought now to the structure of a campaign, particularly the relationship with the SNP and Scottish government.’ He takes the view that ‘while I think maximum political unity is essential to achieve a referendum, a substantial degree of diversity and autonomy on the ‘Yes’ side in the campaign thereafter will be important in winning it.’

Common Weal’s Robin McAlpine is less optimistic worrying that ‘the SNP machine is in poor working order just now and we don’t really have the proper infrastructure for a cross party campaign in place. It can be built quickly but it would be better if it didn’t have to be.’

Cultural commentator Joyce McMillan has related concerns, commenting: ‘There is a lack of long-term vision from SNP, combined with the failure of indy movement to coalesce into a wider organisation which can fill that gap. We need a persuasive, positive, five or ten year plan for the transition to indy. It can be quite broad-brush strokes, but needs to be coherent – and the current SNP seems unable to provide that.’

Independence and capacity, culture and organisation

Independence has to have a politics of capacity, culture and organisation – one not just about the SNP and Scottish Government. Writer and campaigner Lesley Riddoch observes that: ‘Connected to everything is the internal government issue of capacity. If the First Minister keeps tight control on the development of this alternative indy new deal, it may never happen thanks to COVID and the extra demands of Brexit that are set to arise.’

There has to be more detail, plans and politics, including on the critical economic dimension. There has to be more detailed thinking on the currency question – and the pro-union argument that the UK transfers £1,975 per head per year to Scotland needs a considered response. My friend Isla, a No to Yes voter from Glasgow’s Southside, pointed out that ‘Independence has to have the equivalent £350 million per head on the bus they had with Brexit. Otherwise it is going to get hammered.’

Emily Gray, of Ipsos MORI Scotland, states that: ‘It’s obvious, but for me the potential risks of independence for Scotland’s economy and jobs remain the biggest challenge that pro-independence campaigners face. That’s clear from our recent polling which shows that the economic risks of indy are the argument for staying in the Union that the most Scots find very convincing.’

Iain Docherty, Stirling University, believes that the public debate has to change what ‘the economy’ is actually about: ‘The media portrays ‘the economy’ as a subset of issues – essentially the currency and debt/fiscal transfers. ‘The economy’, and by extension ‘the economic case for independence’, isn’t about these. It’s about what form of governance is most likely to increase Scotland’s productive capacity and therefore generate the most resources for us to decide what to do with in society.’

Laurie Macfarlane, Economics Editor of OpenDemocracy, takes a more critical view of the current SNP: ‘The biggest challenge of an independent Scotland is to develop a credible economic plan for transitioning out of the UK and starting life as an independent country. Macroeconomic stability should not be taken for granted – the price of getting things wrong on issues like currency would be very high indeed. What is needed is a serious plan for minimising the costs and risks of becoming an independent country, and maximising the potential economic opportunities.’

The argument about independence cannot just be political in the traditional sense. It has to also be cultural – about the attitudes, values and norms we have as a society, how we create and act upon them, and how we disseminate them through society.

We thus come back to political power, and the relationship between government and wider independence requires further thinking. Former SNP MP George Kerevan states: ‘The wider independence movement has to rediscover its independence from the parliamentary agenda and timetable of the SNP government – or face becoming the proverbial dog wagged by the tail.’

The SNP have been running government for fourteen years next year, have won election after election, and the Nationalists and Nicola Sturgeon have impressive ratings. Yet, drill down a bit and the government has (pre-COVID) been drifting across a range of issues with no real direction or dynamism. Ministers appear tired, bereft of ideas and reduced to continual firefighting. And worse, a massive amount of political capital and goodwill has been exhausted on badly conceived legislation.

The limits of command and control politics

There is a strange paradox at the top of the Scottish Government: of command and control of micro-issues and an absence of leadership when it is needed most. This is arguably the worst of all worlds. Maggie Mellon, of Women for Independence, speaking in a personal capacity puts it: ‘I believe that the biggest danger to winning independence is the weakness of democratic governance within the SNP. Paradoxically while Nicola Sturgeon and the government currently enjoy high levels of popular support, fault lines within the party are being exposed.’ She continues that: ‘Bitter divisions in the party and more widely have festered over the government’s determination to push through faulty and divisive legislation – on “hate crime” and on “gender” being just two glaring examples.’

Government cannot do everything. That would be some kind of Kafkaesque nightmare. Yet we have to bend government to be facilitators, enablers, catalysts and sometimes to just get out of the way of us citizens and let us do it ourselves – with their encouragement and support.

This is one of the big questions for independence. How to make self-government about self-government – not just of politicians, but of communities and wider society? There is a profound mismatch between the Scottish Government version of independence and the self-governing aspirations of part of society – with its desire for more autonomy, control and decentralism. Look at local government, the state of funding of key community public services, and the very fabric of our towns and cities; that gap between ‘official’ Scotland and everyday life grows larger and becomes more of an issue.

Independence has to acknowledge risks, trade-offs and difficult choices: the language of politics which is central to all real radical change and which is conspicuously missing from too much of the SNP’s politics. Their calculation is that they don’t want to lose any support by fessing up to such choices – but this is a politics of avoidance, even cowardice.

Independence and the importance of timescales

Independence in this has to embrace a politics of timescales – of setting a political direction, bringing change and identifying a longer-term destination – which aids debate and choices now. How do we reinvent local democracy? Get rid of Trident? Discuss the key transition points that independence will entail from the present state to statehood?

The writer Neal Ascherson gives the following advice: ‘Don’t rush towards Indyref2. The polls majority for independence is still very frail. To unknown extent, connected to COVID – Nicola’s leadership, Westminster’s uselessness.  In a ferocious, post-COVID campaign, that edge may well diminish.  But, meanwhile the big pot of national self- confidence and alienation from old Ukania is cooking slowly and surely.  Don’t take it off too soon.’

Academic Jim Gallagher offers the following perspective of a Scotland where independence has won: ‘Thinking of Independence not as somewhere between a romantic delusion and a thought experiment, but rather as something that could actually happen … if I was promoting independence seriously, I’d worry about the consent of the potential losers.’

Finally, independence will need a politics generous, adaptive and open to evolution, but which has a steel running through it to take on the ridiculous stances of a muscular unionism. Only this week Labour MP Ian Murray stated that ‘poverty in Glasgow is worse than parts of sub-Saharan Africa’ – an over the top, even offensive claim.

Joyce McMillan states: ‘There is a lack of clear, agreed answer to the allegation that independence is essentially destructive, about tearing apart something that worked for a long time. The analogy with the Brexit mess – the argument that it will be the same, only worse. Indy movement needs to counter this with a narrative about refounding the relationship among the people of these islands on a more equal and sustainable basis.’ She concludes that independence should be about ‘sharing’ power and sovereignty and building, not ‘breaking’ relationships.

To answer the forthcoming challenges independence has to grow and mature while being grounded, to have a cutting edge, and not be shy of open debate and even making mistakes. Its success and position requires a changing of the gears. The SNP need to have the confidence to let go a bit. Besides that, we need to grow new types of leadership. And there needs to be an encouragement and aiding of culture, capacity and organisation – both in public institutions and out there in the lives and communities we live in.

We need to create a society, values and reality of independence – one which practices what it preaches and says it what it means, whilst still allowing for expressions of pluralism and the articulation of different voices.