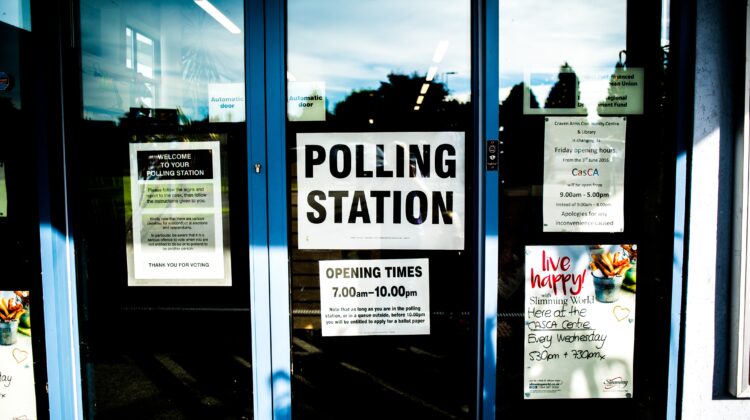 The Tory Elections Bill, debated last week in the Commons, sounds on the surface like an anodyne piece of legislation, tidying up arcane procedures on voter registration, identification and how we vote.

However, it is a full-fronted attack on the fabric of what passes for democracy and the right to vote, reveals the thin nature of fundamental rights in the UK, and the brazen reality that the Tories regard such rights and ‘the British constitution’ as playthings that they can amend as they like to further their self-interest. This is serious at Scottish, Welsh and UK levels and has to be challenged.

The proposed bill will mean that no one will be able to vote in person without photo ID – a requirement which has never existed in the UK outside Northern Ireland until now. This is against a backdrop of no evidence of widespread voter fraud and impersonation, as there have been three prosecutions in the past five years.

The introduction of such measures will disproportionately hit certain groups – black and ethnic minority communities, poorer voters, and young people. It is not an accident that these groups don’t vote Tory in high numbers, leaving any fair-minded observer to judge that this is an attempt to restrict the franchise, engage in voter suppression, and disadvantage opponents to aid Tory dominance.

Research by Channel 4 News showed this will hurt participation. 25% of black and ethnic minority voters said if challenged on photo ID to vote that they would consider not returning to vote; 3.5 million adults do not have a photo ID; eleven million don’t have a driving licence or passport. A proposal to allow councils to give out free voter IDs will cost millions and put another barrier in the way of the right to vote.

These plans will be aided by an attack on the Electoral Commission’s independence – a body which found that the Boris Johnson Vote Leave campaign had broken the law and investigated the secretive funding of Johnson’s Downing Street flat. Its remit will soon be controlled by ministerial diktat, which in this case will be Michael Gove, with the only accountability to a Speaker’s Committee – a Commons’ body with a built-in Tory majority.

This is what the Conservative Party has done through the ages to ensure its dominance: stack the system and manipulate it to further its hold on power. If the Labour Party dared to act in office in such an anti-democratic manner it would be attacked by the likes of Boris Johnson and the Tory press, who would see it as a fundamental issue about liberty and freedom.

This is about the nature of the Conservatives, the manipulated democracy and wider political culture in the UK, which is ingrained and becoming worse. So deep-seated is the Tory sense of conflating party and national self-interest and what passes for democracy that attempts to make international comparisons of UK voter suppression with the Trumpian Republicans in the US or Putin’s authoritarian populism, are just batted away and have had little traction.

Rafael Behr put it in The Guardian last week: ‘There is a corporate arrogance, in particular, around the Conservative Party which sees itself as so intrinsic to the fabric of British democracy, so densely wound around its foundations, that it could not logically be capable of undermining the structure.’

Discouraging millions of UK citizens from the right to vote to aid party advantage is small fry to today’s Tories; as is breaking electoral law to win elections, the serial offences of Vote Leave in the 2016 vote, and the power of dark money in the Tories and lack of accountability and transparency in the party’s finances.

It doesn’t matter to the Tory Government that principled Tories such as David Davies think this is an attack on democracy, or that trade unions, NGOs and charities are concerned about yet more Tory attempts to curtail such bodies engaging in campaigning during elections. Or that the Welsh Senedd has withheld its consent from the Westminster bill – something it rarely does; and that the Scottish Parliament has indicated its concerns. Such views will be dismissed by the advancing Westminster leviathan in terms of ‘taking back control’.

All of this is in the context of the longer story of the circumvented, controlled nature of UK democracy and how long it took to achieve an equitable ‘one person, one vote’ which did not happen in 1928 as conventional accounts suggest, and even left-wing histories such as Paul Foot’s ‘The Vote’.

Rather ‘one person, one vote’ was only achieved across the UK fairly recently. First, in 1949 the Attlee Government abolished plural voting across Great Britain by which university graduates and business people had two votes: the former even having their own specific constituencies (such as ‘the Scottish Universities’ seat). Second, it took until 1969 for Northern Ireland, until then effectively a one-party state under pressure from the civil rights movement, to abolish the abuse of plural voting in the province. Both measures happened because the labour movement and campaigners pushed to abolish these relics, and it is damning that the left do not know their own history.

The UK has not and never has been a fully-fledged political democracy. Instead it is defined by a hesitant, incomplete progress towards democracy, the maintenance and defence of feudal rights and privileges (such as the House of Lords and Queen’s Consent) and the brutal reality that post-Brexit there is no such thing in the UK as any fundamental rights – every single right and freedom we enjoy is at the gift of the executive and can be removed at their whim.

The people of the UK are not active citizens in their own land, but invited into public life on the terms of the elite and have to play by their rules. This openly partisan Elections Bill is designed to make such an undemocratic state as permanent as possible and has to be stopped or worse will follow.