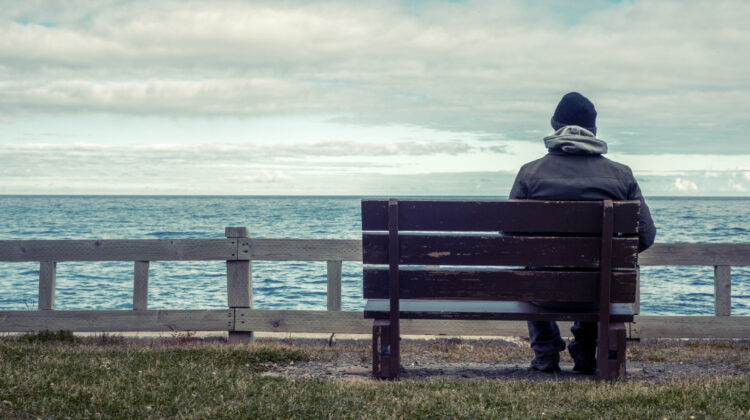 The world turned upside down and living with hurt and loss

The past eighteen months have witnessed tumultuous, unprecedented times for everyone on this planet. A global pandemic has ripped through our lives turning them upside down and in the process killing nearly five million people globally on official records, alongside just under 250 million people falling ill.

In the face of this government, scientists, public health experts and media have struggled to comprehend the complexity, epidemiology of the virus, and role of government in temporarily restricting freedoms to reduce death and protect life as best they can.

Some people and professions have seen their reputations soar, the NHS staff we all clapped in solidarity with at the onset of this, Chris Whitty, Jonathan Van Tam, Jason Leitch to name but a few of those making difficult decisions. But others have shown themselves as COVID sceptics and deniers, or peddling an ultra-version of freedom and individualism that thinks that liberty is the right to become ill and die, and to be irresponsible towards others.

Step forward too many parts of the Tory Party, the Trumpian flat-earthers in the US, and an assorted ragbag of libertarians, self-promoters and bloviatiors. The latter category includes such luminaries as broadcaster Julia Hartley-Brewer, actor Laurence Fox and GB News pundit Neil Oliver – all of who seem very sure of their opinion compared to hard facts.

A special award for ignorance and arrogance has to go to Neil Oliver, once a pleasant, if inconsequential presenter on BBC’s ‘Coast’ who somewhere along the line got radicalised into being a rancid right-wing shockjock – like a Rod Liddle without the gags.

Oliver actually claimed a month or so ago that COVID sceptics like him standing up for personal freedom and against restrictions were the modern day equivalent of Fighter Command in the summer of 1940 in the Battle of Britain. The preposterous nature of this was manifold: one it posed the UK Government and scientific community in the role of modern day Nazis; and conveniently forgot (and for a supposed historian) that in 1940 in defence of freedom the Churchill Government drastically curtailed the liberty of free born British men and women with ID cards, rationing and restrictions on movement.

One significance in the above division of heroes and villains – with many in-between – is that while some excesses of the COVID sceptics have been outrageous and irresponsible, much of the divide has been along unsurprising lines. Thus NHS staff and public health experts have put public safety first and been driven by data, sometimes not always clear-cut; and the rising tide of irresponsibility on parts of the uber-right and left have been with us for many years, and amplified by Brexit. COVID has just shone a torch on what have become normalised divisions, highlighting how difficult it is for government and public agencies to do the right thing.

On a bigger canvas one of the most noticeable factors in dealing with COVID has been how we as a society deal with an unparalleled degree of death in recent peacetime – alongside loss, hurt and bereavement. All across society individuals, institutions and specifically government have faced unprecedented demands, stress points and pressures that bring an emotional and psychological toll – none of which was really anticipated or fully equipped for.

Acknowledging this and making a concerted attempt to redress and repair the damage and dislocation done; to address the grief, anxiety and loss, and to try to do the best we can to repair the hurt done at an individual and societal level is vital.

One obstacle in this is the indecent haste of too many – not just COVID sceptics, but a wider constituency including nearly all of the Tory Party and most of the mainstream media – who are impatient to return to some kind of ‘new normal’ with their desire that we all just knuckle down and learn to ‘live with the virus’. Some of this sentiment might even be admirable, but what it cannot do is push under the carpet and prevent a wider conversation about the emotional and psychological pain inflicted upon so many.

Then again this is a society – the UK and much of the West – that is defined by dislocation, bewilderment and loss, whether from too much politics and public discourse to the prevailing norms and values of which shape our lives.

This is also about the backdrop to the dramatic economic and social times and change we have witnessed in recent decades. This has seen the tearing up of the social contract between government and citizens, the rise of a brazen, selfish capitalism, and the rise and fall of neo-liberalism. The last of which promised so much – saying it was going to usher in a new era of economic prosperity, liberation and freedom. Instead, twice in just over a decade across the globe, when times have got tough, the neo-liberal order has had to be bailed out by the equivalent of what is ‘socialism for the rich’.

Loss is an intrinsic part of what it is to be human. Across many aspects of our lives, in our everyday experiences and how we think of long-term change that may or may not impact on us – from taxation to new regulations to Scottish independence – we navigate and calculate the degree of risk, uncertainty and change that we feel we are comfortable with.

This past year and a half has seen a section of society trundle on as they have before. Elements of governments across the world try their best and think of the common good, while the populists and shysters from the UK to US, Brazil and elsewhere have shown how lacking in humanity and compassion they are.

Moreover, in all the change and turmoil that has happened, what strikes me is that in too many respects not enough has changed. We still have the ultra-version of freedom and individualism berating the rest of us, lecturing us on its distorted moral code and oblivious to its debasement.

This from a perspective that believes it stands for good and is happy to turn a blind eye to the damage it is directly responsible for – in terms of society and the planet with its pursuit of economic determinism, consumption and corporate greed.

If we are to deal with loss and hurt in any fundamental way we need to face up to the forces of hyper-individualism, selfishness and greed that have ran amok these past few decades. They have always been part of what it is to be human, but have had free reign in recent times, and their irresponsibility and unsustainability has been proven many times over.

Milton Friedman once famously said ‘there is no such thing as a free lunch’; British Tories until a few years ago used to stand against public spending on essential public spending saying there was no such thing as a ‘Magic Money Tree’. Both statements turned out incorrect if you were a hard-pressed banker in 2008 or outsourcer on the make for government PPP contracts in 2020.

The global historian Adam Tooze has just written a powerful account of the past year and a half – Shutdown: How COVID shook the world economy – and concludes that the state has shown what it can do with political will, but that the forces of reaction and orthodox economics will try their damndest to put the state back into the box, and that might even work if we let them get away with it until the next crisis.

Make no mistake, Tooze writes, unless we fundamentally alter the nature of the global order and our societies, there will be another seismic, systemic crisis: economic, environmental, viral. He observes that ‘the coronavirus marks the end of an arc whose origin is to be found in the 1970s. It might also be seen as the first comprehensive crisis of the Anthropocene to come’ – the epoch of significant human impact on earth – ‘an era defined by the blowback from our unbalanced relationship to nature’.

We have shown the damage we can do as humans, how stupid and arrogant we can be, and the limits of what humans can do. We have also shown in the past eighteen months the best of humanity and what we can do collectively if we muster the resources and will. We should never forget the latter.