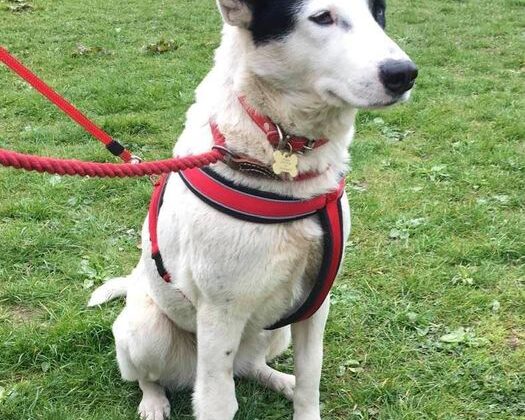 Twenty Years of Scottish Elections and the Importance of the Everyday

Today is the last day of campaigning in the Scottish Parliament elections – held under the restrictions of the COVID pandemic. This has been a strange experience, almost surreal at times, as if coming from a far-off political universe we have vaguely heard of but never visited beamed into our homes via TV and radio.

There is an element of ‘the society of the spectacle’ about most modern elections and politics that raise profound questions. Is this really who we are as a society? Is this the best way to organise things and make decisions? In Scotland this is seen through the lenses of fourteen years of the SNP – and seven years of Nicola Sturgeon. None of the most prominent politicians look that happy or thriving; rather they look exhausted, playing out not completely convincing roles.

Nicola Sturgeon is head and shoulders above the rest. Everyone says it and it is true. But it is also a backhanded compliment given the competition. What is relevant is that Sturgeon has made the Scottish election and SNP campaign entirely focus on herself. Her face is on the manifesto and on the side of the SNP bus; no other SNP voices and faces get a look-in. But the SNP pitch seems miles away from the optimistic future focus of 2011 when they won an overall majority. Their manifesto then had the slogan ‘Record Team Vision’ – a three-part message with a swagger and confidence that now seems missing.

This is our sixth Scottish Parliament elections and they are funny affairs. They nearly always lack the sort of drama and theatre often associated with keynote elections and times. Think the drama of the UK Tories finally losing in 1997 or Theresa May blowing her majority in 2017; or the high-octane US elections of 2016 and 2020 where Trump twice lost the Presidential vote (once by three million and once by seven million) and yet managed to get elected President in 2016. One of the reassuring points I tell myself about US politics is the low likelihood of Trump running for President in 2024 and risking losing the popular vote for a third time, never mind all the other negatives about him.

I have witnessed all six Scottish elections and wonder about that something missing. Maybe it is the electoral system which makes it hard to win an overall majority (2011 apart), hence not being centred on a politics of absolute winners (and could 2021 baulk that trend again?). Or the media, with the election not getting wall-to-wall coverage that UK elections get. But there is something more amiss.

The first Scottish elections in 1999 were, we were constantly told, ‘historic’ as they were bringing about the establishment of the modern democratic Scottish Parliament – ‘restoration’ to some. I never liked the moniker ‘historic’ as an automatic description; that was up to the actions of voters – or the term ‘restoration’ that implies a direct link between an undemocratic, feudal Parliament in 1707 and the democratic one of 1999. The first words of the new Parliament were from Winnie Ewing saying, ‘The Scottish Parliament, adjourned on 25th March 1707 is hereby reconvened.’

I never liked those remarks at the time and don’t to this day. They convey that the Scotland of 1707-1999 was just some kind of interregnum and a temporary phase that we were going through. But at the same time Ewing’s remarks were deeply evocative and filled with an emotional nationalism and passing of time which cannot be completely negated.

Anyway the first Scottish campaign was a bit of a dull event. Labour finished as the largest party by a sizeable margin, the SNP campaign fell apart during the last weeks with an ill-thought out ‘A Penny for Scotland’ pitch, and for all the ‘historic’ hype only 58.4% voted. I remember being a bit saddened by that at the time; thinking the only way is down turnout wise.

Labour along with the Lib Dems supplied the first administration and Donald Dewar was the first First Minister, Henry McLeish second, followed by Jack McConnell. None of them seemed very good at leadership or giving direction to a government, and there was a lot of deliberately not doing things, infighting – and a fear of being told off by Gordon Brown in the case of the latter two.

The second elections in 2003 were against the backdrop of McConnell’s pitch to ‘do less better’. This was grim at the time but now sounds from sub-David Brent land. No wonder voters were not inspired and turnout fell to 49.7% as Labour and the Lib Dems were returned with a reduced majority, the SNP under John Swinney went backwards, and the Greens and Scottish Socialists entered Parliament in record numbers.

Four years later in 2007 something major happened. Labour lost and the SNP won, albeit narrowly by a mere one seat. Turnout rose a little to 54.0% and there was the issue of the 146,000 excluded votes that could have altered the outcome. Labour’s era of dominance concluded and the SNP became the government; a shift which endures to this day and fourteen years on Labour are only at best maybe beginning to come to terms with being in opposition.

The 2011 election is the exception in the six. It is the one where something seismic happened in the campaign. At the end of March Iain Gray and Labour were 15% ahead of the SNP and confident of victory: ‘Labour’s coming home’ they thought and 2007-11 an aberration. Yet, faced with a disciplined, positive SNP campaign and that uplifting ‘Record Team Vision’ message alongside Gray saying little and being chased into that Subway sandwich shop by Glasgow Central Station protestors, that huge Labour lead evaporated. The SNP finished 13% ahead, ended up a majority government and Scotland got an indyref; turnout fell to 50.5 %. My psephological memory tells me that 2011 is the biggest switch in an election campaign in the UK: a 14% swing from Labour to SNP (more than Corbyn’s swing in 2017 which deprived May of her majority).

The fifth elections in 2016 came one year after the SNP ‘56’ at Westminster, and were one month before the Brexit vote which overhung them – and which then led to the UK voting to leave the EU. Nicola Sturgeon was now SNP leader and First Minister, and looking for her own mandate which she almost got in the form of minority government. Turnout was an unimpressive 55.8% – up a bit after the democratic explosion of the indyref.

As we are nearly at the end of the sixth election campaign, what they will be remembered for? The big questions have been about the principle of Scotland’s right to decide its own future which Sturgeon and the Greens are in favour of, Labour’s Anas Sarwar ambiguous on, and the Tory Douglas Ross implacably opposed to. And about how our society finds a way of repairing itself after COVID-19. These are big challenges but seem to be disconnected from real life – aided by the discombobulated nature of the campaign. And what will turnout be after a year of restrictions?

The power of hope

This makes me think heretical thoughts. When the Parliament was first thought of pre-1999 and campaigners spent time planning how it could be modern, democratic and inclusive, there was lots of energy and hope about what it could do. Then the Parliament came about and it was filled by career party politicians, who then made lots of amateurish mistakes that the media decided to attack them for. The point being that the Parliament was born of hope and possibility and yet, when it came about, that hope and agency seemingly evaporated.

There was the Labour lack of any idea of what to do with a Parliament they had stood for establishing for years; there was also a gut, emotional feeling that by getting something real we had also lost something: the illusion of a ‘fantasy Parliament’ made up of our dreams.

At the time this losing of hope seemed profound and something we had to collectively reclaim through story, collective purpose and agency – that we did to an extent in the SNP victories in 2007 and 2011 which repurposed the Scottish Government and gave us the indyref of 2014.

But it seems to me now we are in a similar impasse to before. All across Scottish politics there are inflexible positions – whether pro or anti-independence, and an absence of thinking creatively, strategically and future-focused about Scotland; about what self-government and independence means; and about the challenge of living on a set of islands with a self-harming, self-destructive British state.

What has been missing for too many years in our politics is an awareness by politicians of the chasm of a gap between the ‘official Scotland’ they inhabit in their heads and offices and the messy reality of what live is like for millions. In ‘official Scotland’ – first under Labour and now under the SNP – we are told we are inexorably marching towards a fairer, better, more humane and compassionate Scotland. Trouble is none of our statistics and everyday experiences tell us this is true. And here in lies a major problem for our public life and democracy and independence – the latter being the change project looking to inspire people into believing things can be different.

The importance of everyday democracy and experience has come home to me in the past year. My life over the past two weeks has taken a radical shift with the arrival of Lena – a Romanian street dog who travelled from that Balkan country across the continent to arrive on Glasgow’s Southside. Lena is aged two and cat friendly; she is mostly white but with black spots which suggests a touch of Dalmatian.

She is the first real dog that myself and Rosie have ever properly owned. We had the positive experience during lockdown of our friend Lesley living with us for over a year with her friendly dog Ted. That was different as it was not for keeps; Lena seems more significant. She is gentle, friendly, calm, curious, interested, and loves walking.

When Ted stayed, he thought he was the senior partner in his interactions with our cat Pepper; although they learned to get on with each other and developed a deep affection, they constantly had wee power struggles. Lena recognises that Pepper is unquestionably the top cat and while not deferring to him and still trying to eat his food, there is more of a settled order between the two.

I have no idea what any of that means for the big political issues but power dynamics matter between intelligent animals as much as humans. Equally, small things matter as much as the big and have to be celebrated and honoured. In that there must be some kind of lesson for politics and even for ‘official Scotland’.