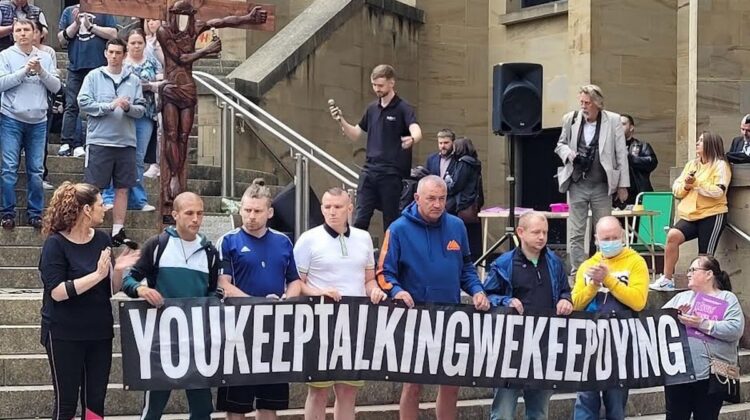 Last week the tragic milestone that is Scotland’s drug death total for the year ending 2020 came out. The figures showed that 1,339 people died, a rise of 5.9% on the previous year’s bad enough total of 1,264. This is up from 455 in 2007, the year the SNP came to power- a staggering increase of 194% in the drug-related mortality rate over their time in office.

This is the highest annual number of drug deaths recorded in Scotland since records began in 1996, and the seventh year in a row that the figures have risen. The cumulative number of drug deaths under the SNP’s 14 years in office is now over 10,000 which starkly exposes the divisions and inequalities in today’s Scotland – people in the most deprived areas of the country are 18 times more likely to die of drugs than those living in the most affluent. All this has earned Scotland the unwanted moniker of ‘the drug death capital of Europe.’

This is a complex story with challenging, difficult issues, and vulnerable people leading fragile, damaged, often chaotic lives. It is also shaped by numerous public agencies, voluntary organisations and stretched workers all trying their best. But it clear that often – and particularly by systems and institutions –people have been let down badly when they needed it the most.

The SNP under Nicola Sturgeon did (in her own words) ‘take their eye off the ball’. There were significant cuts to support services – which the Scottish Government were warned would lead to calamity and increased drug deaths. Now some of these cuts have been reversed with new monies found, but the wider culture of year-on-year cuts to local government still continues, adversely affecting this area and a whole lot more.

There are lots of good, passionate, brave people trying their best in this area. People running support and prevention services; drug outreach workers and campaigners; the lauded pioneering work of Peter Krykant and his drug consumption van which ran for a period at Parnie Street in Glasgow’s city centre.

Yet there is an awful lot of political posturing, point scoring and of passing the blame. This has risen in noise and aggression as the salience of this issue has increased. Much of this commentary lacks humanity, compassion and even basic care for the thousands of Scots who have died, and the thousands upon thousands more who have had their lives damaged or lost loved ones.

The Scotland on Sunday columnist and journalist Dani Garavelli observes of this state of affairs: ‘I can’t stand this whataboutery but if you want to engage in it, the drug death rate in Scotland is three and a half times more than in England. I don’t think that’s all down to the SNP, the reasons are many and complicated, but, for me, blaming the Tories is not enough.’

The reasons for Scotland’s drug death scandal are many and multi-layered. It is true that the Scottish Government were slow in noting a growing problem. Only when the 2019 figures came out later due to COVID in December 2020 was Scottish public life awoken from its slumber. This moment was both a watershed and an indictment: the SNP by their own actions and words caught asleep at the wheel on one of the most serious issues facing our country.

Many of the instant comment on drug deaths find succour in laying the blame on the ‘Trainspotting’ generation, the legacy of the 1980s and hence the legacy of Thatcherism. That does seem to reflect a particularly Scottish trope – if in doubt blame the Tories and while you are at it reference the evil shadow that is Margaret Thatcher. Job done. No need to think further. It really isn’t good enough on any issue, but on a matter of life and death this is an abdication of responsibility and fails people who need help and support.

Scotland’s drug users come in many shapes and sizes, but they are all people who need intensive support and interventions – and that takes time, patience and monies. Andrew McAuley – a ‘pracademic’ at Glasgow Caledonian University who has worked in and studied the drugs landscape in Scotland – commented to the New Statesman that: ‘We also have a poor record of retention. There is lots of evidence that people are cycling in and out of treatment. When they do that, their tolerance levels go up and down, and when their tolerance level is low, they are much more likely to overdose if they relapse.’

Action is now being taken. New monies have belatedly been found: £250 million over five years which will help but is only a start. The Scottish Drugs Deaths Taskforce could be an important forum and enabler, but it has barely met and will not report until next year by which time sadly many more Scots will have died.

Nicola Sturgeon may have expressed contrition, but Angela Constance, the designated drugs minister since December 2020 when Joe Fitzpatrick was sacked as public health minister, has sometimes used a jarring tone. Asked last week to reflect on ‘a record of failure’, she pulled up questioners and told them that she had only been in post since the end of last year. It is not a good look when we are facing what ministers themselves have called ‘a public health emergency’ and a ‘national disgrace’.

The debate on drug consumption rooms and whether they are the remit of the Scottish Government or not, the judgement of the Scottish Lord Advocate Dorothy Bain on this, and the Misuse of Drugs Act 1971, is a contentious one. This issue cannot be just reduced to a stand-off between the Scottish and UK Governments, or the avoidance of responsibility that goes with the argument that ‘drugs policy is a reserved issue to Westminster’. This week Constance in a statement following last week’s figures showed a belated urgency and desire to act – including opening drug consumption rooms – but it begs why the SNP have not acted before? And will such intentions be reduced to a stand-off with Westminster?

Then there is the line of Police Scotland that they cannot show discretion in how they implement the law – their argument for closing Peter Krykant’s bold innovation of his drug consumption van. But that defence is an untruth. Policing and law and order is always about discretion in a society based on policing by consent. Several English police forces – Avon and Somerset, Durham, Thames Valley – have all been bolder than Scotland and shown that they believe they have room for discretion in how they police drugs.

Having said all this there is something much deeper going on, that is difficult to get into and to acknowledge given the charged political environment and which might get me thrown out of the Brownies for even raising in public. A former drugs worker from Glasgow’s East End told me in the aftermath of last week’s figures that: ‘Drug users do not fit into the SNP version of Scotland. They don’t vote for one.’ Another person who has worked extensively with young people in disadvantaged communities in Glasgow went further: ‘In Nationalist Scotland with its tidy, ordered ideas of progress and responsible citizens drug users just do not figure as part of the picture.’

The above might seem to some over-the-top observations, puncturing the nice, enlightened story of progressive devolved Scotland and life under the SNP. But the record is clear and damning. Institutional Scotland, the Scottish Government and SNP, were caught napping, with their eyes elsewhere, and as a result thousands of Scots have died, many of whom might have been saved, had they been more on top of this problem.

Now we have to act – taking responsibility, learning from others and drawing from successful examples – internationally and the best of community initiatives, social change, and leadership beyond politicians across Scotland. We need to learn from the likes of the multi-agency work which led Glasgow’s work on violence reduction that built on the insight that it was a public health emergency and make it about more than rhetoric instead taking action, delivering on the ground.

There is a wider set of changes that are needed. We have to recognise that central government whether Holyrood or Westminster does not always know best, and that it is impossible for government ministers to continually second guess and judge what is happening in communities and neighbourhoods the length and breadth of Scotland.

The poison that is partisan political point scoring on such a critical issue does not only not help, it hinders change and harms the wider environment in Scotland and prospects for better policy interventions and outcomes. People defining this issue by whether it helps or hinders the SNP, independence or the union, need to take a long hard look at themselves and their sense of priorities in life.

Scotland has failed a part of our community which needed our help, assistance and support. We cannot change what has happened in recent years and the 10,000 plus Scots we know of who have died of drug related issues under the SNP. But we can make sure we have learnt from the catalogue of mistakes and shortcomings, and put this issue top of the political agenda until we have turned around these figures, and have appropriate support and services for every drug user in Scotland. We owe it to those who have died, those who have lost people close to them, and those still living through tough times due to drugs.