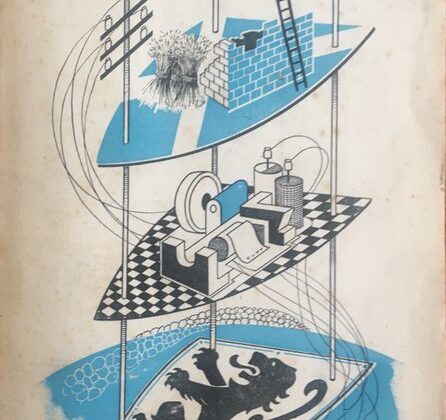 Where are the ideas and vision that will shape the future of Scotland?

It has been an intense few weeks in Scottish politics. But as the dust settles on the political exchanges of the Salmond-Sturgeon controversy, the Scottish Parliament rises – and political parties and politicians prepare to fight the Scottish elections and await the voters’ verdict.

The sixth Scottish Parliament elections come with many expectations, pressures and demands. Can the SNP retain their popularity after many years in office and recent difficulties? Will it be the Tories or Labour – both under new leaders – who emerge as the main challenger? Will the SNP have an independence majority by themselves, or have to share it with the Greens or even Alex Salmond’s new fledgling Alba Party? Or can the three pro-union parties achieve a blocking majority? And what will the campaign and turnout be like in this COVID election?

As well as these questions of the immediate contest and its outcome, deeper and longer-term issues are present and need to be acknowledged. Society, communities and individuals have faced heartache, stress, worries about jobs and livelihoods, and loss during the last unprecedented and challenging year. This has to be recognised in a politics which in recent times has proven highly partisan and abrasive.

If we aspire to think bigger and long-term, where can we find the political energy and space to do that after the last year – let alone the toxic political environment? But ideas, ambition and vision are key to how the future of Scotland unfolds, so this question needs to be asked – and answered.

Different people react to crises in different ways, but such disruptions provide opportunities for reassessment – and potentially for change. The writer Peter Baker, at the onset of the pandemic in March 2020, observed that: “disasters and emergencies do not just throw light on the world as it is. They also rip open the fabric of normality. Through the hole that opens up, we glimpse possibilities of other worlds.’

Crises are, in the words of academic Colin Hay, moments of “crisis narration” which “identity, define and constitute” the meaning of what has happened – whether the “winter of discontent” of 1978-79, Black Wednesday which destroyed the credibility of John Major’s government, or the banking crash of 2008-9. The same is true of Brexit and the COVID pandemic.

There has been much talk in the UK of this having the potential to be a 1945 and Beveridge moment: a time for radical thinking and breaking with old orthodoxies. The historian Peter Hennessy has said the multiple stress points should be “a clarion call to the political classes” to unite, get serious and think long-term about the challenges facing society. But he failed to note the entrenched political, economic and ideological interests in capitalism and the British state who will resist fundamental change which adversely affects them.

Yet it is true that crises can reframe and reshape debates. The 1942 Beveridge Report, which laid the foundations of the modern welfare state, emerged from an intense set of arguments which recognised that laissez-faire capitalism failed the vast majority of the country, with Beveridge identifying “five giants” that demanded collective action: want, disease, ignorance, squalor and idleness.

Beveridge spoke with a moral purpose and certainty that the existing order was rotten and indefensible. At the same time in Scotland ambitious plans were being published – notably in The New Scotland published by the London Scots Self-Government Committee which united Labour, Liberal and nationalist figures. It called for a Scottish Beveridge but went further with plans for economic planning, co-operation, democratising banking, and furthering economic democracy.

The New Scotland made the case for self-government but was not content with an institution without ambition, stating: “The mere setting up of a bourgeois Parliament at Edinburgh without sturdy local self-government to control it will simply make new jobs for Edinburgh lawyers and Glasgow business men.” Instead it drew from a vision of dispersed popular power, aiming to avoid politicians becoming “a privileged ruling class” but was instead “a central co-ordinating bond linking the Sovereign self-governing people”: a model of participative democracy which many would see as a contemporary and inspiring model of political authority today.

Hillary Sillitto, co-author of Scotland 2070, thinks we have to “project ourselves fifty years into the future, and imagine what our country could be like if we all shared a common vision and made the best of the opportunities available to us. Then, look back from that 50-year future and work out how we got ‘here’.”

Pivotal to this is “the transition from an oil-anchored economy to a cutting edge, renewables-based net zero one” states Simon Barrow of the faith-based think tank Ekklesia. “The natural resource potential is there, but the task involves huge economic re-engineering and investment over a decade plus.”

Undertaking such a vision requires “government has to build a bridge, made from institutions, regulations, policy and standards-setting, that allows all to cross between the grinding present to a sustainable future” in the view of writer and musician Pat Kane.

This necessitates understanding the strain that the inter-generational contract is under which is used to underpin society and which has become worn by UK Government welfare cuts and COVID. Iain Docherty of Stirling University puts it: “Places transform themselves when they become younger and more dynamic. A crisis of inter-generational unfairness was looming even before the pandemic; now we face a situation where things have become more unequal still. This will mean starting again on tax, the housing market, health as well as education.”

Alan Sinclair, founder of the WISE Group comments that: “One in four Scottish children before they reach school are way behind their age-appropriate social and cognitive milestones. School does not make this any the better.” He observes: ‘”’Real men’ talk budgets and constitutions. Or run services like health or the police who mop up problems where they break out – not where they originate.”

“Education is the key to so much – from the ability to making informed decisions to what opportunities children have in life” states Tanja Bueltmann of Strathclyde University. Beth Bate, head of Dundee’s DCA agrees, commenting: “We need to involve young people in thinking about and making decisions about the shape, structure and the tone of our future – their ideas and values can enable us to act big, long-term and more ambitious.”

Lesley Orr, academic and activist, draws from recent experience of public life as well as further back: “In the light of recent events and their outcomes, and for the good of us all, we must address the profound lack of gender justice and equity which means women’s safety, wellbeing and rights as citizens continue to be undermined and violated. This issue goes to the heart of who we are and how we carry ourselves.”

Peter Kelly of the Poverty Alliance comments that the past year has shown “how enfeebled our systems of support have become” and that we need to “progressively implement a Minimum Income Guarantee in Scotland, alongside ensuring access to universal basic services, which would transform our society by effectively addressing insecurity.”

All of this depends on Scots collectively coming up with ways to discuss, debate and reach decisions, with tolerance, deliberation and a diverse range of voices being heard and respected. This touches not just on politics, but media and wider public life. Journalist Jennifer Jones from Portpatrick puts it: “Being in the South West, I would love to see localism at the heart of the post-COVID recovery plan. So many services have been centralised into call centres and one-size-all email trails, and policy is made with the Central Belt in mind.”

“We need an intellectual upgrade of Scottish public life. In particular, our public service media in Scotland need to devote a big chunk of their operations to content that explores, prepares us for and even helps us shape these challenging futures” says Pat Kane, assessing that the current “Punch and Judy Show of party politics” contributes to “degrading Scottish collective consciousness.”

“Scotland does think and act big” stresses Common Weal’s Robin McAlpine, “it is more ambitious, it’s just that all of this is happening at the grass roots and in organisations and groups which don’t have power, money and influence so it doesn’t get seen by the wider public.”

How we do this requires honesty and hard choices, and in the words of former civil servant Jim Gallagher we need to “focus on the kind of country we want to be not the country we want to belong to.” There has to be a recognition of the limits of managerialism: “We will not find solutions in spreadsheets” comments consultant Lesley Thomson. “We need to stop looking over our shoulders at data that tells us what has happened in the past and fix our minds on the future.”

“One of the great impediments is the self-satisfied and dishonest pretence that we have been tackling inequality seriously” states James Mitchell of Edinburgh University. “We simply have been playing around the edges at best and often pursuing policies that exacerbate matters. In what world is the council tax freeze a progressive measure?  The first step is to inject some honesty into our politics.”

To bring about change needs ideas, ambition and seizing the opportunity of crisis, uncertainty and change to define and shape the future – including the independence project. That is what radicals of the centre-left did at the time of Beveridge and 1945, Roosevelt’s New Deal and the Swedish Social Democrats at their peak in the 1930s and 1940s; but it is also what Thatcherism and Reaganism did launching their counter-offensive which turned the world upside down.

Changing Scotland and the world in a more enlightened, sustainable direction requires agency and power which goes beyond political parties and mandates, but shapes the intellectual climate. As James Burnham wrote in the context of Roosevelt and the New Deal: “No theory, no promises, no morality, no amount of good will, no religion will restrain power. Only power restrains power.” This requires a serious politics that embraces substance, detailed work and strategy, that the forces of the establishment will bitterly resist to the end.