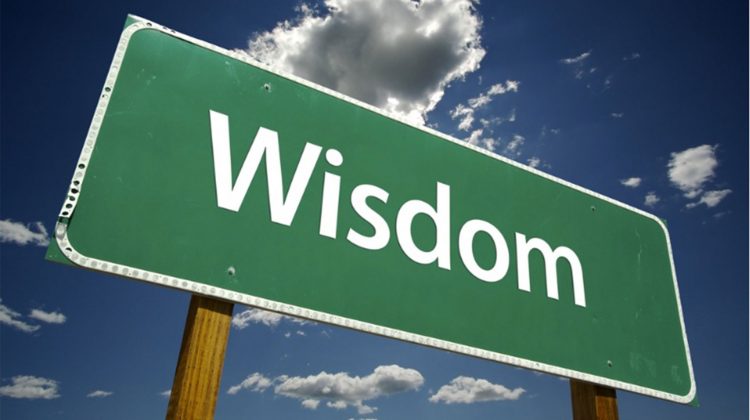 Where is the wisdom and ability to ask big questions in our present crisis?

The world is united for once in sadness, tragedy and death. Everywhere there is crisis and anxiety, and in most places a lack of political leadership and absence of candour in public debate, despite the best intentions of the scientific community.

In these trying times a degree of honesty about difficult choices facing government, society, businesses, families and individuals would be a good starting point. As would be more of a sense of wisdom and insight in public debate.

By wisdom I mean people stepping back and taking stock of some of the fundamental pillars and assumptions about how we think about and organise society and human action. There is a real lack of deep-seated analysis and in particular, any insight which draws from even in a generalist way a philosophical awareness and intelligence.

The scale of this pandemic may have huge ramifications which call for thinking philosophically and about the values which govern our lives. Democracy might have to be rethought – from how we do campaigning, rallies and even how we vote. How parliaments go about doing their job of making laws and holding governments to account might have to change fundamentally. Parliaments in many countries including the UK have not been doing very well in these core areas for quite some time.

How we think of and organise the economy needs to change. Core concepts like economic growth (the fulcrum of all mainstream politics), the role of the state, the notion that wealth comes from ‘wealth creators’ rather than from all of us, and issues of how we manage debt all have to be re-examined.

Serious experts predict that the UK economy may shrink by 35% of GDP in the second quarter of 2020 – but what does that mean to most of us and what impact will it have? This would involve unprecedented economic turbulence, but what does a one-third decline in GDP look like when economic growth stopped being evenly distributed across society long ago? Rather the growth of recent decades has been concentrated on the most wealthy – to the exclusion of the majority of the population.

Most critically is the issue of the environment and climate change. The environment has been experiencing unplanned relief from human damage and degradation with air pollution falling by up to 60% in the UK and car, rail and air transport collapsing – with car travel falling to 1955 levels. A recent global poll showed that two-thirds of world opinion wanted climate change central to any economic recovery post-lockdown, ranging from 81% in India, to 80% China, 66% Brazil, 58% UK and 57% in the USA.

These are only brief sketches of some of the big fundamental questions underlying this crisis and which for now politicians and public debate is shying away from – with honourable exceptions.

Those individual voices breaking ranks tell us something about the thin nature of much public conversation. One illuminating perspective was provided by the economic historian Adam Tooze in a recent article in ‘The Guardian’ who went straight for the jugular of what global finances will look like post-virus, who will pay for the debt and how we avoid a second decade of austerity.

Pivotal to the latter was defeating the idea of the economy as a household which could not spend more than it earned. Such household economics are based on a falsehood he argued, something which when we realise this is ‘liberating’ and allows us to see ‘we merely owe government debts to ourselves. If we are our own creditors, are we not also our own debtors …’

Perhaps the essay which has made most impact on me so far was by ‘Generation X’ author Douglas Coupland in the ‘Financial Times’. Observing the current crisis he penned a short note on what an alien from another world might say to humanity about our state and obsession with space travel and missions to Mars. He wrote that an alien might say to us: ‘I look at you and I think, you fools: you talk about a one-way trip to Mars like it’s something that you may or may not do, but don’t you realise – you’re already on a one-way trip to Mars.’

Elon Musk’s space plans are focused on a one-way trip to Mars: a kind of suicide expedition for the greater good of humanity. Mark O’Connell in the recently published ‘Notes from an Apocalypse: A Personal Journey to the End of the World and Back’ states that Musk’s project to Mars is a ‘nostalgia for the future’ and really about ‘reinventing America itself’, the notion of America here being a buccaneering, unfettered entity not held back by any borders or boundaries.

A necessary building block in wisdom is a sense of humanity. Our present crisis in the UK has forced hundreds of thousands of people to ask for welfare support in a system deliberately designed to be brutal, inhumane and punitive. Don’t ask for such basics to be pointed out in mainstream media where last week Channel 5 were running a series called ‘Gypsies on Benefits and Proud’. Not only that but as of last week, for all the talk of welfare support for those who need it, the UK Government had still not formally cancelled the system of benefit sanctions, whereby for the most mundane reason benefit claimants’ monies can be removed. We are still waiting for the ‘Daily Mail’ campaign on that injustice.

To talk about this with humanity is to breach conventions around how we talk about welfare. In a recent ‘BBC Question Time’ writer Darren McGarvey did just that stating boldly that: ‘we have been living in an iteration of the UK [being] increasingly punitive’ towards the poorest and most vulnerable, where many have ‘a subtle fear that they are going to suffer in some way, or that they are going to be punished or reprimanded.’ He welcomed the new language from government of ‘togetherness’, but said he would wait to judge it on results and how it went on to treat those it had previously been happy to punish.

A stark set of observations that illuminate the weak points of British society has been provided by former Tory minister Oliver Letwin in his new book ‘Apocalypse How? Technology and the Threat of Disaster’. Letwin warns us of the fragile nature of what holds society together and our march towards a network of networks. By this he means that whereas until recently we had separate systems for running hospitals, police, fire, telecommunications, electricity increasingly such systems are all not only interconnected but merging into one single system.

Letwin’s book suffers from padding and leaden prose when depicting a fictional Britain on New Year’s Eve 2037 to highlight the high stakes. But what gives it weight is that Letwin as a senior government minister had discussions with senior ministers and officials on this very issue: the risk of heading inexorably towards a single network of networks with no back-up at all.

Fascinatingly for now, Letwin has in the future crisis he maps out chosen to home in on the social care sector with its 1.5 million care workers and those they look after. He rightly understands that this is a part of society which is fragile, exposed to risk, and which has been severely under-invested in for decades. You would even think reading Letwin that government had been forewarned about the scale of crisis which was facing them if a pandemic of this kind hit us.

Letwin was always a rare creature: a frontline politician who even when he held high office was prepared to think about big choices. We do not have many of them – in Scotland or the UK and this even more makes us realise what we are missing and needing.

One small, consistent source of inspiration for me in the last couple of years has been the Munich based designers Kurzgesagt (meaning: ‘in a nutshell’). They have made dozens of short animated films about the nature of life and the universe which confront the most profound philosophical and existential questions. These include consciousness and the nature of the self, the nature of happiness and altruism, whether we are alone in the universe and much more.

The sheer wonder of these films brings me back to wisdom and what is missing apart from that. It is about having a confidence to ask the big questions. To ask penetrating questions about the meaning of life and our place in the universe, and to try to come up with compelling, plausible answers, even when as is unavoidable, given the state of human knowledge, some of those answers for now are partial and filled with doubt and uncertainty.

If we are to address the huge challenges after the worst of this virus passes we have to dare to ask some big questions and face some difficult choices and trade-offs. There can be no going back to normalcy or even talking blithely about a ‘new normal’ and anyone who thinks it merely validates all the views they had pre-virus has not opened their eyes and mind to the state of the world around them. We will need to embrace if not a second Enlightenment, then a first Enlightenment of all humanity.