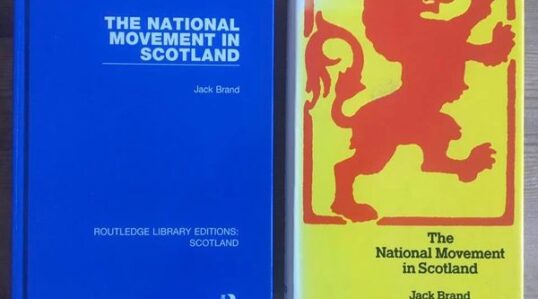 The rise, fall and rise of party and movement and the changing idea of Scotland Gerry Hassan Bella Caledonia, 7 January 2022 Review of The National Movement in Scotland, Jack Brand, Routledge The SNP have been in existence for a long time and a serious electoral force since the 1960s. But at the same time there have been few studies of the party that have contextualised it within the wider nationalist movement and the changing nature of Scotland, and that have attempted to analyse and understand the dynamics of this relationship. The National Movement in Scotland by the late Jack

Continue Reading The rise, fall and rise of party and movement and the changing idea of Scotland