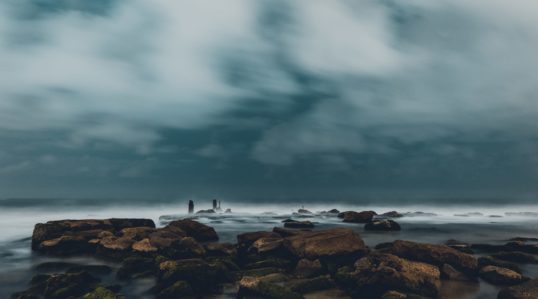 The Declaration of Arbroath is Alive and Kicking in Modern Scotland Gerry Hassan Scottish Review, January 28th 2020 This year is the 700th anniversary of the Declaration of Arbroath. This seminal and pivotal point in Scottish history, in the making of our nation and collective imagination, still says something about each and everyone of us to this day. It has echoed down through the years, along with William Wallace, Robert the Bruce, Bannockburn and the Wars of Independence. These are all part of the foundation stories and myths of what Scotland is and what it means. The Declaration was designed

The Brexit Crisis and Problem with Absolute Sovereignty: From the loss of the American Colonies and Ireland to Brexit Gerry Hassan Bella Caledonia, July 26th 2019 Britain is not only in crisis but under Boris Johnson’s new hardline Brexit government is heading for the rocks and disaster at turbo-charged speed. Yet with wall-to-wall mainstream media commentary on all things Brexit and Boris Johnson, a number of key characteristics are missing. The first is any understanding that Brexit is nearly entirely an English phenomenon and not only that but an expression of virulent, reactionary English nationalism. Secondly is the unpalatable reality

Continue Reading The Brexit Crisis and Problem with Absolute Sovereignty: From the loss of the American Colonies and Ireland to Brexit

What would Power to the People really look like? And are our politicians ready to let go? Gerry Hassan Scottish Review, June 6th 2018 The people are continually cited and invoked everywhere in democracies. Not only that but this is the age of directly asking the population via referendums – such is the disdain mainstream politicians are held in. None of this is surprising. Politicians or most politicians talk a strange, discombobulated, evasive, managerialist language. They show in nearly everything they say and do that they are not to be trusted. Defence Secretary Gavin Williamson – he of supposed

Continue Reading What would Power to the People really look like? And are our politicians ready to let go?

Fear, Loathing and the Problem of ‘Sovereignty’ in the EU Referendum Gerry Hassan Scottish Review, March 2nd 2016 After years of second guesses and a rising tide of Europhobia and scare stories, finally the UK faces the certainty of a vote on June 23rd on whether or not it remains a member of the European Union. This will be a debate about so much - about how people see Britain and its future, the English question, and the distinctiveness and autonomy of Scotland – all illustrating the absence of any uniform national British politics. The referendum will be dominated by

Continue Reading Fear, Loathing and the Problem of ‘Sovereignty’ in the EU Referendum