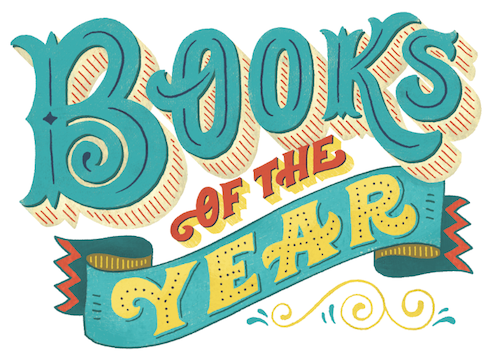 This is a list of my favourite books of the year. It is a totally subjective and idiosyncratic list: made up things I have read, come across, been involved in or inspired by and which have stopped me and made me think.

There is a bias towards books out this year but as it is my list and a reflection of what inspired me it is a deliberate mixture of old and new. This is the fourth year in a row I have done this kind of selection and recommendations of the year – and I welcome any thoughts and comments on the enclosed. As well as being interested in what inspired and stimulated other people.

The left field Momus brings out a new edition of his wonderful ‘The Book of Scotlands’: 150 parallel universe Scotlands of past, present and future. Previously only available as a limited edition from a Berlin publisher – and with an intro by myself.

McLean, Glasgow and Scottish communist revolutionary, finally gets a contemporary biography as we approach the 100th anniversary of ‘Red Clydeside’.

A powerful exploration of how we bring children up in Scotland asking uncomfortable questions for all of us. Craig isn’t afraid to face difficult issues about her own past and her own childhood. If we are to change Scotland we need to bring these skeletons out – and recognise the authoritarian culture we came from and widespread nature of violence.

Kay Carmichael, It Takes A Lifetime to Become Yourself, Scotland Street Press.

The late Carmichael was a force for good standing for a dissenting, questioning tradition. And this is a beautiful collection put together by her partner David Donnison – who died earlier this year.

A beautiful memento of a book about nature, names and understanding Scotland. And about language, generational stories and memory.

A very acute and humane tour round present day Scotland from a writer with a rare talent for detail, the importance of small things, and connections.

Sometimes the modern world seems to involve ‘debates’ which are too often fact free and filled with conjecture. That includes contemporary Scotland. This book is a welcome rejoiner to that: 300 pages of dispassionate analysis trying to understand the big issues and breakdown figures about this country.

SCOTLAND: FOOTBALL AND ALL THAT:

What a treasure trove this is around the grounds of Scotland’s senior football grounds. Exclusively in black and white, and nearly all from the 1950s and 1960s, with the plus that very few have been widely seen until now.

A sign of the times when we get a mainstream publisher book on the history of English nationalism from ancient times to the present. Expect this is the first of many such studies.

BRITAIN AS AN IDEA: HISTORY:

David Edgerton, The Rise and Fall of the British Nation: A Twentieth Century History, Allen Lane.

Fascinating and in-depth account of the nation that isn’t a nation: the rise and fall of the British ‘nation’ the zenith of which Edgerton locates in post-1945 and Labour Britain. Edgerton analyses a mass of material but despite the story it tells still manages to have optimism at the end that reinvention is possible.

It is impossible to understand the UK and England without understanding the grip of English ‘public’ schools and how they shape and dominate elites across society. They have given rise to a culture of self-congratulatory, mediocre men and women who believe they have got to the top through their talent. And have the right to lecture the rest of us.

Timely study of how the UK has understood itself in relation to ‘the Anglosphere’: now resurrected by Tory Brexiteers – which means English speaking developed democracies – and which links to lingering nostalgia for Empire and British influence which isn’t constrained by Europe.

Akala, Natives: Race and Class in the Ruins of Empire, Two Roads.

This is one of the best books on where Britain is and written from a fascinating perspective by Akala, a rapper, cultural figure and commentator. Unlike many books trying to come to terms with multi-cultural Britain and (dread word) ‘diversity’, this isn’t a book which thinks London cosmopolitan obsessions are Britain. Would be good if more of our liberal elites understood this.

The first UK-European referendum was won by 2:1 for Remain but never settled the issue. A very different campaign, time and result to the second vote in 2016.

Lever was UK Ambassador to Germany from 1997-2003 and gives an insider view of German power and influence in the EU.

Fintan O’Toole, Heroic Failure: Brexit and the Politics of Pain, House of Zeus.

By far the most penetrating commentator on Brexit is Irish writer Fintan O’Toole. This captures his shock that large sections of England seem defiantly not to want to live in the modern age with all it entails (interdependence, diplomatic compromise, instead clinging to the fetishing of an absolutist sovereignty).

This is out in January next year but I have already read and it is a blistering demolition of the state of Britain and the delusions of the Brexit class. Maybe someone could give Jeremy Corbyn (and more importantly, Seumas Milne, who is driving the Labour leadership’s stance on Brexit) a copy.

A very good all in one book guide to post-war Europe from ruins and reconstruction to the fall of the Wall and Brexit. A bit overtly focused on the big countries, but important stories like the demise of the fascist dictatorships in Spain and Portugal get their place.

This book contains all the correspondence between Stalin and Churchill and Roosevelt, and throws fresh light on the psychologies and power dynamics between the Big Three.

The ‘Nuffield’ study of 2017 is the 20th election guide: being the only series which has covered every UK general election since 1945. I have every one – collecting them for years – and now for the first time I have the chapter on Scotland from the indyref to 2017 – which is a great privilege.

This is a prescient book looking historically at how the Tories have understood and shaped the idea of ‘the conservative nation’ and in so doing not only dominated UK politics electorally but ideologically.

Richard Jobson, Nostalgia and the Post-War Labour Party: Prisoners of the Past, Manchester University Press.

Nostalgia has always been a powerful factor in Labour culture and how the party, its members and elected politicians, understand its mission and purpose. This is rather relevant to Corbyn’s Labour where a version of the past (Keir Hardie, the ILP) is used to justify the present leadership’s politics.

A study of the infamous letter which was used by the ‘Daily Mail’ in 1924 to discredit the first ever Labour Government led by Ramsay MacDonald. Bennett who has studied this in-depth shows how the legend of the Zinoviev letter has been used down the years to explain disinformation and conspiracy theories.

Hilary Cottam, Radical Help: How we can remake the relationships between us and revolutionise the welfare state, Virago.

A counter-blast arguing that we can no longer look to the state and big institutions to do the right thing. Instead, we have to take things into our own hands and embrace a DIY, self-governing culture.

A critique of the rise of creativity as an ideology, groupthink and cover for neo-liberal orthodoxy – along with bankrupt economic thinking and dubious cultural policies. So deeply ingrained now that it will take major economic crisis to dislodge this deliberate deception of an idea and its assorted offsprings (creative classes, creative industries).

David Andress, Cultural Dementia: How the West has Lost Its History, and Risks Losing Everything, Head of Zeus.

Fascinating if sweeping account of the UK and France, as the last two European imperial states, and the US as the imperial hegemon of the post-war era. Examines how they have been captured by a cultural dementia based on a singularity of history and monocultural interpretation of what it means to be British, etc (hence Brexit, Le Pen, Trump).

The text of the book based on the path-breaking PBS US series which attempted to tell a multi-narrative of the Vietnam War. The book is more American orientated.

A magnum opus of the financial crises which shook the world a decade ago and the unsustainability of the system since. There is much to admire in Tooze’s account, but what he is less sure on is the role of ideology and how humanity creates alternatives to this version of the world.

Kishare Mahbubani, Has the West Lost It? A Provocation, Allen Lane.

A Singaporean academic asks whether the ‘West’ is now in permanent decline: not just economically and political but morally. One chapter is titled: ‘Suicidal Western Wars’.

Nigerian writer Adichie pens a short set of very humane observations to a friend about bringing up her daughter.

Jordan B. Peterson, 12 Rules for Life: An Antidote to Chaos, Allen Lane.

The global sensation of Peterson who revels in being the ‘bad boy’ of the alt-right. There are limitations in this book such as its fixed understanding of masculine and feminine, and seeing reason and emotion as synonymous with men and women respectfully, but there are many small pleasures in it.

The most definitive account of inside the chaotic Trump White House. Woodward’s book isn’t the demolition job many presented it as, but one does get an understanding of the Trump modus operandi and how he sees the universe.

Katz is an authority on masculinity and has written a book on the subject ‘The Macho Paradox’ and here turns to politics. US Presidents have until now been about different interpretations of masculinity, and in 2016 facing Hillary Clinton, Trump offered an irresponsible, immature version, raging against the world.

A satire on modern times and the prevalent feeling that society has lost it way, and in particular the role of politics and social media.

Coe turns his pen to Brexit and England. Very funny, but perhaps too contemporary – as this is fiction about events that have just happened. And in relation to Brexit are still unfolding, but you have to laugh (as they say).

OLDER BOOKS I READ AND LOVED:

Kassabova falls in love with tango and travels the world dancing, understanding that there are two worlds of relationships: tango and non-tango. And that the intimacy, desire and love in one isn’t necessarily the same in the other. Not just a book about tango and dancing.

Originally produced for the 1901 International Exhibition this is a penetrating guide to the city, its places and people, illustrated by Muirhead Bone (who became the UK’s first official war artist in the First World War).

The story of how the Violence Reduction Unit was set up in Glasgow by Carnochan and Karyn McCluskey. This is a very honest, well told story about looking into the face of the culture of violence in the city and saying enough is enough.

John Preston, A Very English Scandal: Sex, Lies and Murder at the Heart of the Establishment, Penguin.

The story of how then Liberal leader Jeremy Thorpe tried to have his lover Norman Scott killed. It is comic tragedy in places and the only death was Scott’s Great Dane dog Rinka. All this came to trial in 1979 and Thorpe was acquitted aided by the biased summing up of the judge (famously satirised by Peter Cook). This year the subject of a stunning BBC drama with Hugh Grant as Thorpe.

That’s my summary of reading for the year. Am away off to start pastures new. A hat tip to the changing nature of bookshops with Glasgow Southside having a new bookshop: Category IS Books (from which a couple of the above titles were purchased). And next year promises even more exciting developments book and literary wise on the Southside ….