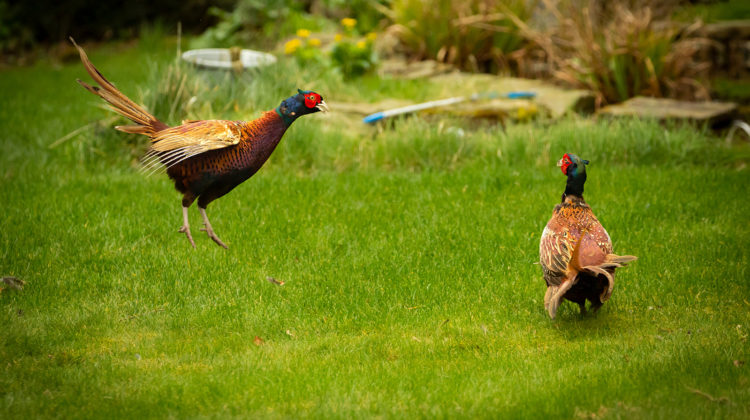 A Very British Coup: And can this revolution be made to last?

Coronavirus is affecting everyone. Across the world people are becoming ill and some are dying, with many self-isolating if they are symptomatic – or as a precaution to keep safe, reduce risk and remain well. And as in the UK, many millions of people are now required to stay at home.

Britain and the world are changing. On Thursday at 8.00pm across the UK people emerged from their front doors and showed their appreciation of the NHS and carers. More than that they affirmed that we are more than individuals but part of a society which at its best looks out for one another. It was a moving movement – maybe transitory, perhaps revealing of deeper shifts.

The British state has taken extensive, far-reaching powers unheard of in peacetime through the Coronavirus Act which gives government the right to direct and instruct large parts of public life and society.

Public spending which has been squeezed relentlessly for a decade is now set to increase to its largest share of national wealth since World War Two. Tory debt and deficit hawks who made people pay for the excesses, greed and mistakes of bankers, are for now silent.

Under austerity, UK debt as a share of GDP fell from 9.9% of GDP in 2009-10 – which Tories said could lead to the UK becoming like Greece – to 1.9% in 2018-19. This was trumpeted as the greatest achievement of the Tories in office and proof that all the pain was worth it.

The UK deficit was 250% of GDP in 1945 and yet the Labour Government elected that year (aided by the US-backed Marshall Plan) established the NHS and welfare state, nationalised industries and achieved full employment. That was because there was a political will and consensus created on the left, which Tories and Liberals mostly went along with.

Now debt and the deficit will rise. One of the big challenges now will be to learn from the last great state intervention during the banking crash of 2008 and the repercussions which flowed from that. As economist Jonathan Portes observed ‘Who will pay, and when? What are our priorities as a country, and what do we need to do to get ready for the next crisis?’

The Tories have extended massive support to employers and employees. But they dragged their feet on the five million self-employed until last Thursday. Their scheme, drawn up by UK Chancellor Rishi Sunak had all the hallmarks of the banking class he comes from (ex-Goldman Sachs) with little understanding of how millions face continual financial insecurity and anxiety.

There was brazen insensitivity at the heart of Sunak’s scheme of asking people – with little money and work coming in – to wait until June for support to kick in. Tories do not seem to really understand that 15% of UK adults have zero savings, a figure which rises for the self-employed, and reaches 53% for those aged 22-29.

Tory economic dogma in recent decades has centred on flexible labour markets and a punitive welfare state. This has all been politically possible to get away with due to the state of the UK jobs market which has shown growth in the past decade – alongside government driven austerity and flatlining living standards.

It is no surprise the Tories have tried to resist any humanising of their Dickensian welfare state. The self-employed for the next two months plus have nowhere to turn but Universal Credit which involves a five week wait before any payments kick in. By last Wednesday there was already queue of nearly half a million new enquiries.

The UK Government’s supposedly ‘unprecedented’ assistance to workers of support of up to 80% of earnings is only a watershed in a British context. This level of support is the norm across Western European countries such as Germany, France and the Netherlands.

Such European countries give 70-80% support of earnings to unemployed people for a time-limited period. Tories have felt that this level of support encourages ‘the feckless poor’; a point underlined in ‘Britannia Unchained’ a few years ago when right-wing Tories – including Foreign Secretary Dominic Raab and Home Secretary Priti Patel – laid into British workers as ‘the worst idlers in the world’.

Hundreds of thousands of citizens in distress are coming into contact for the first time with the British welfare state. They are finding it traumatic and not what they were expecting. Large parts of the population have grown up with decades of disinformation and lies from right-wing politicians and media thinking that a life of luxury can be led by ‘scroungers’ and ‘serial benefit cheats’.

Instead, they are finding a system designed to be callous, inhumane and judgemental, to make people needing support feel powerless, second-rate and failures. Will people who have never before had to call on welfare now find what is on offer shocking and demand better? It is just possible that this could be a transformative moment in how people see themselves, welfare and government.

Part of politics is changing but part isn’t. The right-wing tanks sat out the Thursday celebrations of the NHS and carers. The Taxpayers’ Alliance head John O’Connell commented this week that ‘we must make the case for growth enhancing measures and spending restraint’ by government and that ‘debt levels will need to brought back down rapidly.’

There was talk of a UK ‘government of national unity’ that realistically would be made of Tories, Labour and Lib Dems. This would leave the SNP as Her Majesty’s Official Opposition at Westminster which amounts to a political gift.

There is a precedent for coalitions in both World Wars – but they lasted years. In the 1939-45 conflict from 1940, when Churchill became PM with Labour backing, there was no official opposition. Instead, Labour occupied on a rotation the role of the leader of the Official Opposition to stop the tiny parliamentary forces of James Maxton’s Independent Labour Party claiming the mantle.

Some things cannot change. The Tory Party is still the party of finance capitalism, the City of London and a deregulated marketplace where individual workers have to bear much economic and social risk on their own shoulders. Tories have not diverted much from that outlook – one that does not value or prioritise the real economy of making things, of manufacturing, and long-term investment and R&D.

The British state remains an unreformed undemocratic anachronism. The nature of the state, with its ability to push through unpopular change, led to the emergence at the centre of a neo-liberal state – which tore up the social contact which had once bound together government and citizens.

The neoliberal state is ill-disposed to think first and foremost of the well-being of citizens. Instead, it has embraced the worldview of managerial consultants such as McKinsey, accountancy and audit giants like KPMG and PwC, and outsourcers centred on corporate contracts and transactional relationships.

Overthrowing this rotten order which has become entrenched in recent decades after Thatcher will take huge effort. The Labour Party for all its Corbynite influx of new members is not a unified force for change, reform and ideas. Rather it is in transition awaiting the expected election of Keir Starmer. The trade union movement have been in retreat in numbers and influence for decades, forced back into the public sector and out of government corridors.

Yet political, economic and intellectual moods can change very quickly. After unfettered capitalism seemed totally dominant we have, post-2008, lived with a zombie capitalism – hollowed out, discredited and not delivering economic prosperity – but still dominant in part because of the entrenchment of finance capital and the absence of a coherent alternative.

The British and Scottish trade union movement has had influence in this crisis, advising government on the scale of support needed for workers. Perhaps this could, along with the mass realisation by workers that all of us have little workplace power as individuals but via coming together we can exert real influence, aid change.

Roz Foyer, General Secretary of the STUC commented this week: ‘Trade unions have shown we are vital to ensuring that when governments ask the people to do the right thing, the people have a way to exercise our collective power to make employers and governments also do the right thing by us.’ She continues that: ‘There will be many lessons to be learned from the tragic events that we are living through, but one will be that workplace democracy matters and real power and protection at work can only truly be exercised by getting together in a trade union.’

If this is to happen trade unions are going to have to go with the grain of the changed economy, and become more feminised, flexible and service sector led. They have been doing this in places, led by the likes of Foyer – and Frances O’Grady, head of the TUC – and a new generation of impressive women trade union leaders but it will require a different culture and language of trade unionism.

Britain faces profound choices about its future – as a result of Brexit – which has become even more pronounced due to the pandemic, all of which will have great impact on the nature of the Scottish debate.

Andrew Gamble of Oxford University sees four futures on offer for the UK – ‘Global Britain’, ‘Fortress Britain’, ‘Green New Deal Britain’ and ‘social democratic Britain’. The first two are reactionary and right-wing: the first the main vision of Brexiteers; the second two that of progressive sentiment with the latter unable to build an enduring majority coalition since the 1940s.

Many of us are hugely sceptical of the ability of Britain to reform and become a humane, decent society. We have good reason to have that scepticism given the past forty years.

Yet, if the current global capitalist order is now even more indefensible that changes economic and political realities. Capitalism’s instability and need for constant underwriting and bailouts has been more revealed, and as Jonathan Portes pointed out this will most likely not be the last crisis of global capitalism until it is comprehensively reformed.

If the global order could be changed it is possible that Britain and its place and role in that system could also change. It would not be easy and would have to involve defeating entrenched vested interests: the Tory Party, sections of Labour and Lib Dems, the neo-liberal state and its advocates in consultancy, accountancy and think-tanks.

This mindset, in the unapologetic words of ‘Britannia Unchained’, believes our future is to ‘stop indulging in irrelevant debates about sharing the pie between manufacturing and services, the north and the south, women and men’.

Yet, system and global change is in the air which only comes along once every couple of generations. We need a new international order – one that replaces the previous system of Bretton Woods and the comprised world of the IMF and World Bank.

In short, this will require a new architecture and set of rules and values for a very different global order – one based on economic, social, environmental and intergenerational justice. For this to come about will need new types of leadership, social movements and political change and a different kind of state – in Scotland, the UK and globally. But at least such change and possibility is now on the agenda.