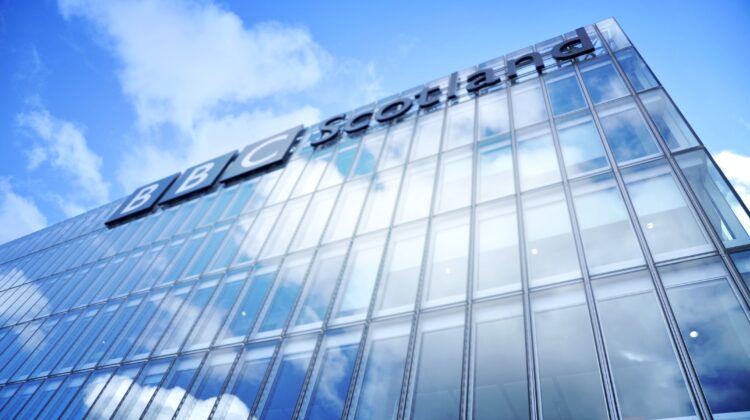 BBC Scotland: Time to move beyond Defend or Demolish to Democratising

BBC Scotland has long fascinated and agitated a large part of the country, independence supporters in particular.

It is inarguable that the BBC’s shortcomings do more than irk one political constituency. Rather, BBC Scotland falls between several different stools trying not to alienate people, and in doing so fails to passionately serve any compelling version of Scotland.

In recent days the death of veteran broadcaster Colin Bell has caused much retrospection on the state of BBC Scotland, specifically on how things were in the 1980s and 1990s and the present.

There is a widespread feeling that while there was never “a golden age” of the BBC in Scotland, things have been allowed to decline and drift for decades. Despite having a sizeable budget, resources and staff, the BBC repeatedly fail to champion, celebrate and reflect the diversity and breadth of Scotland – a criticism which goes way beyond politics.

The above take, often held by many senior journalists at the BBC, has numerous strands. There is the narrow bandwidth of what counts as Scotland. Then there are the BBC’s easy hits that dominate its news and much of its coverage, crime and football, that also typically reinforce negative stereotypes – especially about working class Scottish men.

Underpinning this is the prevailing ethos at a senior level that the BBC does not need to try too hard or be audience-focused, as it has the licence fee to fall back upon. One BBC staffer put it: “The fact we do not have to think about what the public wants and the audience out there permeates everything, and it means there is a complacency and lack of edge.”

The big stories of Scotland over the past decade – leaving aside the 2014 indyref – have seen the BBC absent and posted missing while others did the heavy lifting.

The two most telling examples are the crisis and liquidation of Rangers FC in 2012, and the Alex Salmond scandal. Towards the end of each the BBC produced documentaries but long after the initial stories were broken and investigated by others. This story can be repeated on issue after issue.

This brings us to the 2014 indyref – whose omissions and shortcomings not only had consequences in Scotland but for the 2016 Brexit vote. Firstly, the BBC with its “liberal” establishment view of the world just doesn’t know how to do highly charged, high octane politics.

Secondly, the BBC’s history of never really thinking about and taking independence seriously until post-2011 means that it is always trying to play catch-up, with a long tail of non-engagement and incomprehension of the subject.

Thirdly, BBC Scotland is part of the UK BBC and this wider organisational ethos had a big impact in the latter stages of 2014, as a plethora of senior London staff came north – all with a Londoncentric view of the UK – with one senior journalist from London loudly asking in a BBC Scotland workplace: “Why would anyone want to be like Denmark?”

After the 2014 vote there was no systematic BBC post-mortem into its coverage, and no attempt to understand what it got right and wrong to learn and improve. Disastrously, there was no sharing of analysis from 2014 for the 2016 Brexit vote – with the two treated as completely separate by the BBC – so that the same sort of mistakes were made again. And no doubt would be if a future Scottish vote happens in the future.

The commentator Alex Massie last week talked in The Times of the “suffocating incuriosity” in BBC Scotland, “relentlessly parochial” and “often substandard”. The BBC he argued left large parts of public life unaddressed, from declining political programming to not covering much of what goes on in Scotland – arts, culture, ideas and innovation being just a couple of examples.

It brought forth the officialesque response from Ian Small, head of public policy at the BBC that all was fine, counting in the BBC’s political coverage, news such as Reporting Scotland and The Nine and investigative programmes such as Disclosure.

The problem is more fundamental than even Massie laid out. BBC Scotland, one observer once put it, is “a fiction” and doesn’t really exist. It was established in 1968 by then controller Alasdair Milne by merely changing the name; Radio Scotland was set up in 1978; and the only head who took on London – Alistair Hetherington – was pushed out the door in 1978.

This means that BBC Scotland at its very top looks and answers to London – a culture and structure that produces a profoundly dysfunctional organisation and leadership – aided by the defensive attitude of London senior management constantly under fire particularly from the right-wing press and Tories.

Thus, BBC Scotland is not really answerable or accountable to Scottish audiences: a predicament which is increasingly indefensible as Scotland becomes more autonomous and the UK fragments.

The changing media landscape – more platforms, choice, declining linear viewing – leaves the BBC facing big challenges. The first response of many in the BBC is to defend its reach and remit, along with the logic of public service broadcasting, while continually retreating and apologising to right-wing criticism.

What the right-wing want is to destroy the BBC and transform Britain’s media landscape into one driven by corporate money where power and privilege would be unscrutinised – an attitude some on the left and independence cause also sometimes buy into given their understandable criticism.

We have to embrace a third approach: democratise. That would entail a BBC that understood the diverse nature of the UK and its four nations, that had an independent BBC Scotland and which championed public service broadcasting whilst ITV/STV, Channel 4 and SKY News did the same.

Without dramatic change the BBC will decline into irrelevance, within a media world that won’t be defined by the pluralism of a thousand different flowers but by Murdoch, Dacre and new tech companies.

Scottish media players and independence need to take a considered view in this, otherwise Scotland will be increasingly marginalised and ignored in this critical debate which matters way beyond the media, but touches and shapes how we define and see ourselves and discuss the big issues facing us.