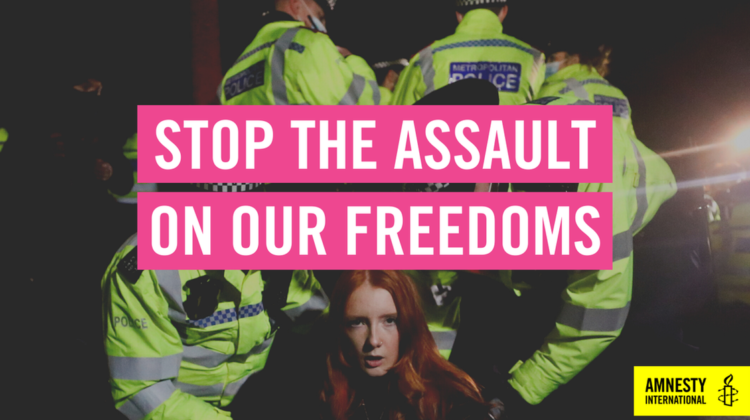 Life after Boris Johnson: The Tories, “Freedom” and the rise of authoritarianism

For many on the left and pro-independence describing Toryism is simple – it is callous, lacks compassion and is about a brutal class politics looking after its own and shafting others.

Yet understanding your opponents is key to successful politics, a point that Kennedy and LBJ’s Secretary of Defence Robert McNamara observed in The Fog of War documentary saying you should “never dehumanise your opponents.”

That said British Toryism is in an advance stage of degeneration, distortion and bitter division. This is a crisis beyond Boris Johnson’s inept leadership as Toryism morphs into something more dangerous than what we have seen before that could have dangerous long-term consequences for UK politics.

The Tory Party has been in office for eleven years, and until recently was increasingly complacent, believing that it could do and get away with nearly anything.

Now it is riddled with restlessness, rebellion and open mutiny as the Tories revert to regicide – plotting, undermining and finally defenestrating themselves of a leader past his sell by date. They got rid of Thatcher, destroyed Major, and plotted continual rebellions against Cameron and May – and are doing so again with Johnson.

How it could go wrong so quickly for Boris Johnson – one minute all conquering to his admirers and now revealed in all his weaknesses? What this shows is that Johnson has few friends, supporters or parliamentary constituency – with his base in the latter nearly entirely transactional, born of desperation with Theresa May and the belief that he was an electoral winner.

On the Tory right a new political phenomenon has found traction – intolerant, dogmatic, pursuing logic to the point of destruction, that is centred on the mirage of the sovereign self and the sovereign nation standing apart in imperial isolation as individuals and the state.

This group label themselves “Tory libertarians” with the term now even used by opponents like Labour and Lib Dems, and media outlets such as the BBC and The Guardian. But they are not really libertarians. Instead, they are selectively libertarian questioning and sceptical of progressive parts of state intervention such as public health messaging in the middle of the COVID pandemic; a comprehensive integrated publicly owned health service; and universal state education.

They are not libertarian regarding the incremental authoritarianism of Toryism and this Tory Government – a trend which predates Johnson and will outlast him. These so-called “libertarians” are happy to break international law, scrap human rights law, strip UK citizens of their citizenship with no right of appeal, curb the right to protest (in England and Wales), and suppress the right to vote (in UK elections).

Academic Andrew Gamble once described Thatcherism as “the free economy and the strong state” to try to understand its twin tracks of encouraging capitalist enterprise and national authority. But this current strand of Toryism is a degenerative Toryism and degenerative capitalism seen in the likes of uber-Brexiteer and COVID sceptic Steve Baker – representing a crony insider class corrupt capitalism and partisan state authoritarianism undermining independent agencies, scrutiny and dissent.

The mythology of the sovereign self of the individual and the state needs to be taken seriously as it has a wide Tory constituency. It gained voice in the post-2016 Brexit debates talking of the UK in the EU as “a vassal state” – a revealing phrase about power, hierarchy and subordination and viewing relationships through the lens of feudalism.

This Hobbesian land of unrestricted authority and dominance is how they see the world – the strong versus the weak, the exploiter versus exploited – with no ground for relationships based on mutual exchange, co-operation and reciprocity.

Some of the simplicities of this are staggering. Former Brexit minister Lord Frost said in his resignation letter that the UK Government should resist due to COVID “coercive measures we have seen elsewhere.” Steve Baker MP took exception to proposed COVID restrictions saying: “Conservatives don’t create societies where people must live and work in fear a minister might, without notice, impose restrictions on them”, seemingly oblivious to the authoritarian restrictions beyond COVID he is happy to support.

Tory rebel Marcus Fysh posed his opposition to masks and COVID passports telling the BBC: “This is not Nazi Germany”; perennial rebel Desmond Swayne said the government’s restrictions were the work of an Orwellian “Ministry of Fear” and “Stalinist minds”; and Tory Joy Morrissey criticised Chief Medical Officer for England Chris Whitty as proposing a “public health socialist state”: for which she was slapped down by Downing Street (all the other comments passing uncriticised).

This strand of the right champions a narrow definition of “freedom” that sees individuals as autonomous, sovereign, making multiple consumer choices from our health care, bringing up children, looking after aging relatives, or what kind of pension we get (if any). It ignores any issues of inequality, privilege and advantage – and the rise of the insider class kleptocratic capitalism that is rampant under Johnson and COVID and which taken to its logical end degenerates in the excesses of Putin, Orbán and Kaczyński.

This debasement of “freedom” and “libertarianism” cannot be allowed to succeed or claim these ideas unchallenged. George Orwell recognised the dangers of this when in 1944 he took apart (what became Margaret Thatcher’s favourite book) The Road to Serfdom by Friedrich von Hayek saying: “The trouble with competitions is that somebody wins them. Professor Hayek denies that free capitalism necessarily leads to monopoly, but in practice that is where it has led.” Similarly Richard Tawney spoke of this constricted idea of freedom writing in Equality that “freedom for the pike is death for the minnow.”

This idea of “freedom” has now been combined with a persuasive authoritarianism, misanthropy and miserablism, hobbling opposition and dissent wrapped up in the banner of English nationalism which is a threat to all of us.

This is the rise of a violent virus of Toryism that literally kills – its detestation of public health restrictions aiding the avoidable deaths of thousands; and a Toryism so devoid of empathy that Tory backbenchers in the parliamentary debate last week could not show one mention, contrition or empathy for the 150,000 officially dead on their watch from COVID.

We need to understand this deadly strand of Toryism and the existential threat it poses. It has been growing for years and will be a critical force in the demise of Boris Johnson and the Toryism which comes after whoever their next leader is.