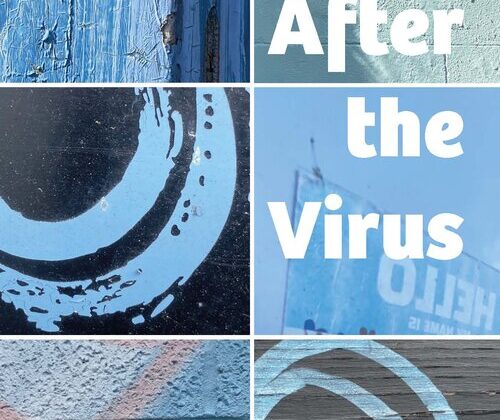 Scotland and life after COVID-19

2020 has been a year like no other in living memory. As our lives have been thrown upside down, politics and public life have struggled to keep up and find a language to convey the scale of human loss, tragedy and disruption.

It goes without saying that the UK Government and Boris Johnson have had an appalling pandemic. The Prime Minister has been unable to find the right response, words and tone; while Downing Street has embodied chaos and farce. And shockingly, but hardly surprisingly, dozens of Tory pals and cronies have been awarded multi-million pounds COVID contracts with what appears to be very limited due diligence as government has descended to chumocracy and chanceocracy.

All of this is a challenge in Scotland too, testing Nicola Sturgeon’s leadership and communication skills, while the stress and breaking points of public services have been laid bare. When the first lockdown announcement was made towards the end of March, myself and Simon Barrow started planning and commissioning Scotland After the Virus which was published last week (with extracts being run in the paper over recent and coming weeks).

Combining fiction, poetry and non-fiction, the aim was to provide a mixture of hope, inspiration, an invitation to think and imagine that ‘after’ – and to ask whether and how we could dare to think and act differently in the post-COVID world. This moment seems to be highly significant and to contain some of the most profound existential questions, but at its heart are the age old queries of what is to be human; what qualities we want to be defined by individually and collectively; how we can we nurture solidarity, connectedness and values which do not repeat the worst aspects of recent decades – and in all this recognising that – as well as the big things – the small, tangible and everyday matter in how we make sense of the world and this crisis.

Debates around the role of government, the size of the state, public spending, debt and deficits will be fundamental to the next few years. Already Tory MPs are worried that we have reached some kind of rubicon comparable to other major crises, such as the aftermaths of World War One and Two which saw an increase in government spending and role of the state which reshaped society and capitalism.

A British state which has embraced Keynesian New Deal proportions of spending changes everything, as one Tory MP noted with regard to Scotland: ‘If you can borrow unlimited amounts of money, what’s the case against Scottish independence?’

Underneath this in Tory circles is deep concern about the fabric and future of society and the union. Many Tory backbenchers are making a stand for a virulent, dogmatic, irresponsible version of individualism that prioritises an abstract, idealised freedom in the midst of a pandemic. This fears the damage being done by ongoing restrictions and curbs on individual liberty, never mind that these might contribute to saving thousands of lives. It is not an accident that some of the leading Tory figures making this argument are the same ones who rebelled and harassed successive Tory leaders over Brexit. They have been taught that dogma and intransigence pays dividends; but here it can cost lives.

Scottish continuity is only going to get us so far in dealing with a zealot-like interpretation of individualism, while witnessing the costs, upheavals and strains on people and on education, health and other public services.

Then there is the reality that the UK is not stable or in a happy place on any level. Jacob Rees-Mogg, leader of the Commons, said this week of the constitutional reforms which created the Scottish Parliament: ‘Our constitution was vandalised and the whole of the United Kingdom suffered’, threatening that ‘we must undo their foolish tinkering.’ This is the language of an entitled, threatened class, and it is not going to end well if they continue down this line.

We are currently seeing the rise of a brutal language about Scotland from the likes of Andrew Neil and Fraser Nelson that frames public health and life expectancy in a stark, offensive way – claiming that the East End of Glasgow has in Neil’s words ‘male longevity on a par with sub-Saharan Africa’, citing figures from twenty years ago with the certainty of the insider British class. All of this seems not about seeking social justice or advocating for a reversal of welfare reform, but instead to have the aim of diminishing Scotland and its governance.

Amidst all this, has been one watershed moment in the history of the British establishment which could have long-lasting consequences. That is the latest series of Netflix’s The Crown, which is not just about the Royal Family, but the entire institution of the same name: The Crown.

It is not an accident that the Royals are indicating their displeasure at its contents, for never has a TV series (allowing for dramatic licence) thrown such illumination on this fossilised, anachronistic, antiquated relic of feudalism. The Royals are not just an add-on who provide a soap opera and tourism, they infantilise all of us by reminding and reinforcing that we are subjects not citizens, and fundamentally, that we are strangers in what should be our own home.

Power – soft and hard, tradition, and these cultures of deference and flunkery in a fantasyland Britain remind us that we did not build the architecture of this constitutional order. After COVID-19 we will have many questions to ask and address. They should include: when will this be our house? When will be able to make our own rules? And when will we be able to live in a country which can call itself modern and a democracy?