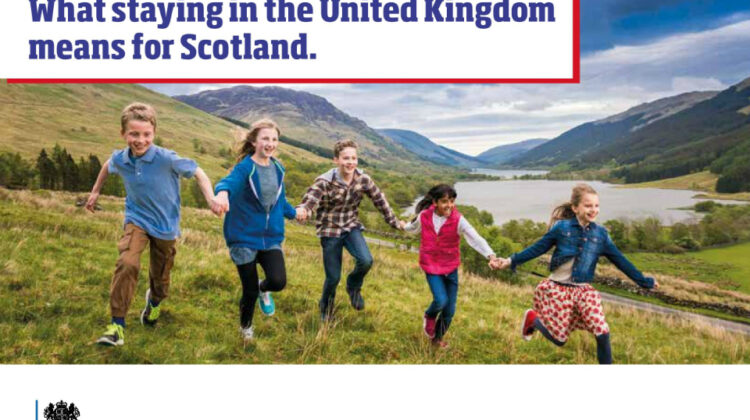 Scotland will not be Scotland:

The Consequences of Independence

A confidential and highly sensitive document by HM Treasury – marked restricted to only David Cameron, George Osborne, prominent Lib Dem ministers, and senior advisers – has made its way into the public domain. It reveals what the UK Government regards as some of the consequences of Scottish independence, outlining the ultimate ‘hardball’ positions of the UK Government.

We believe it is important enough to publish it in full here without any comment or edit.

SCOTLAND WILL NOT BE SCOTLAND:

THE CONSEQUENCES OF INDEPENDENCE:

The Scottish independence referendum taking place in September 2014 is a huge event for Scotland and the UK. The potential scale of change if an independent Scotland is the outcome, is with one year to the vote, still barely understood in Scotland, let alone the rest of the UK. This paper aims to outline some of the fundamental consequences of Scottish independence, which need to be more widely disseminated and understood to inform the debate and to allow Scottish voters to make a more informed choice.

Two other observations. At all times ministers should refer to the notion of a successor state minus Scotland as ‘UK’ and not give any succour to the idea it may be called ‘RUK (Rest of UK), or that in any respect its claims on the UK’s position and responsibilities would be brought into doubt by independence.

Second, there is an argument being put forward in Scotland that unionists are a form of nationalism. We must not let this argument gain legitimacy. It is important in the battle of words to name Scottish independence as ‘narrow nationalism’ and ‘separatism’. Unionists are patriots and not nationalists.

Basically, if Scotland votes for independence things are going to change. Scotland will have to stand on its own two feet, accept responsibility, and stop its culture of gripe and grievance. Things could get worse or they could get better. Do Scottish people want to take that risk?

Scotland will be left historically with Bannockburn, Flodden, Wallace and Bruce, Mary Queen of Scots, Darien, ‘Sportscene’ and ‘Newsnight Scotland’. What they will lose will be 1707-2014 Scotland including Robert Burns, Walter Scott, John Buchan, Hugh MacDiarmid, William McIlvanney, and our shared histories of these 300 years.

This will leave a modern Scotland as a blank canvas and we need to be careful not to inadvertently encourage the pro-independence sentiment of ‘work as if you live in the early days of a better nation’: words of writer Alasdair Gray which are seen by some as inspirational. Perhaps in this we could consider leaving selective moments of union Scotland in the ownership of the new Scotland: suggestions could include such negatives as Culloden, Argentina and the Bay City Rollers.

The above suggestions are written as a creative exercise exploring the areas that the UK Government could utilise in the coming debate. Each of the above would have to be carefully considered and realised, and on occasion a balance sought with mentioning at points some of the positive benefits of the union.

The stakes in this are high: the maintenance of the UK with all its commensurate status and influence, and we have to be prepared to think the unthinkable, and on occasion play hardball, to aid Scottish voters realising the full consequences of separatism, while at other points, being understanding and accommodating of their concerns.

This spoof paper was first published on the National Collective site on September 13th 2013 – anonymously – and is republished on June 13th 2021.