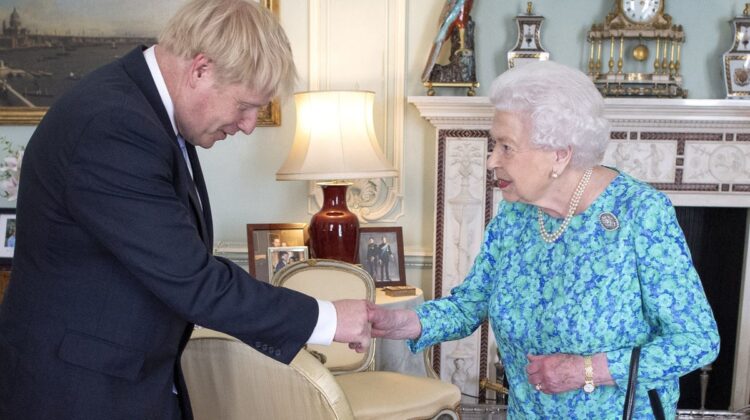 The Queen this year marks 70 years on the throne with Sunday past being Accession Day – the day her father George VI died and she became Queen. This represents the opening salvo in a year of official commemorations, celebrations and pageantry.

The dominant words used to describe the Queen are “service”, “duty” and “sacrifice”, that underline that whatever ones feels about the institution and its hereditary entitlement there is popular affection for the person. But these words have another meaning – a double-edged charge – of bitter disappointment at the actions and betrayals of the political classes over the period which have led to the current debasement of the office of Prime Minister by Boris Johnson.

When we talk about the Queen we are not just talking about the current monarch. Or even the wider royal family. We are talking about the Crown, a long history and tradition of power and privilege, and what it means for the state of Britain.

The Crown, one of the UK’s central political institutions, is shrouded in secrecy and lack of transparency, aiding the lack of accountability that defines too much British public life. The Crown allows political authority to be exercised by Crown powers which used to be used by the monarch and are now used by the executive in the name of the Crown.

Some of the most fundamental decisions that can be made such as the right to declare war are undertaken by Crown powers. When the UK declared war on Germany in 1914 and 1939 at the onset of the First and Second World Wars this occurred not via parliamentary vote but via the diktat of Crown powers, thus curbing discussion and accountability.

The standard defence of the current system is that a constitutional monarchy gives the UK a sense of continuity and stability that is somehow above politics and apolitical. There is deliberate deception at the heart of this, for the monarch sitting and advising at the top of the British state is deeply political. And then there is the obfuscation that the monarch does not really matter too much and therefore shouldn’t be taken too seriously.

This last point is the argument proposed by Walter Bagehot in his The English Constitution (published in 1867) which differentiated between the “efficient” and “dignified” parts of the constitution – the monarchy sitting in the latter. Tom Nairn, in his polemic on the monarchy The Enchanted Glass, noted that this provided an “alibi for not bothering to think about it” which “almost everyone has picked up this alibi and used it.” It gave validation to the fiction created by Dicey “The Crown in Parliament” which gave cover and spurious validation for the use of Crown powers to limit accountability.

The basic fact that the UK is not really a democracy is hardly ever stated. The royal historian Robert Lacey said on Sunday, celebrating all things monarchical, the Queen’s 70 years and the announcement of Queen Camilla, that: “We do not have law in Britain in relation to the royal family. We have convention” – which at least has the merit of getting to the heart of the matter.

This is not some arcane seldom used process; rather it happens on an industrial scale. Up to the end of 2020 the Queen used this mechanism at least 1,062 times, while the Prince of Wales over fifty years from 1970 to 2020 used it on over 500 occasions. And this is not just about Westminster but the Scottish Parliament with the Queen’s estates in Scotland being exempt from environmental law on carbon capture.

We are about to be subjected to a year of being told how grateful we should be for the monarchy. On Sunday the BBC gave us The Queen: 70 Glorious Years with endless talking heads and a whistle-stop tour of the previous seven decades. This was the Ladybird book history of Britain, the sort we used to be force fed at school and still propagated by the likes of Andrew Marr and Nicholas Witchell.

One facet not discussed was the economic and social difference between 1952 and 2022. The UK is now as a society more than four times wealthier than it was 70 years ago in real terms. Yet in 1952 Britain there was very low unemployment, falling poverty, and widening opportunities for millions of working class people; contrast that to the present where the UK is scarred by seismic poverty (including 4.3 million children), insecure employment, and stalled social mobility.

None of that is the responsibility of the Queen but it does put in context the unquestioning guff and bilge we will be subjected to over the rest of the year. The UK is one of the richest countries in the world, a society of immense wealth and riches but also of unbearable, bleak, savage poverty and hardship which should be an affront to all of us.

This should at least make us ask over the coming months of the Platinum Jubilee, when we are invited to give thanks for “the service” of the Queen – what exactly are we thanking her for?

We let her be the Queen with no selection or election, keep her and her family in the lap of luxury, let her avoid proper taxation, and allow her and the heir to the throne to be exempt from legislation. It seems like she should be thanking us for – it us the people of the UK who are letting this indefensible, antiquated, feudal system continue in our name.