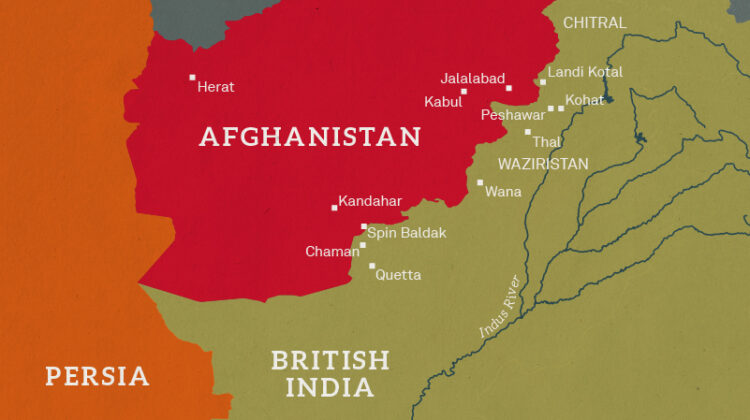 The Afghan War and the Problem that is the West

The Afghan War has ended in abject failure. A failure whose shape, consequences and brutality will only be fully clear as it is played out in the coming weeks, months and years.

In response the UK Government has recalled Parliament to sit on Wednesday, confirming the impotence of the UK. Events on the ground have overtaken the US and UK authorities and other Western capitals. In places there appears a dereliction of duty with UK Foreign Secretary Dominic Raab caught AWOL on holiday as the Afghan situation unravelled as the clocked ticked towards US withdrawal.

In the immediate response to the fall of Kabul to the Taliban, and tragic pictures of chaos and human desperation at Kabul Airport, many in the West offered certainty and moral absolutes from a safe distance. They condemned the US decision to withdraw their forces; they railed against the supposed treachery of pulling the plug on a failed mission; they vented their anger on Joe Biden and Boris Johnson; or they went further back to the authors of this mess and asked where was Tony Blair, normally so keen to do interviews?

None of this does justice to the tragedy being played out. A 20-year Afghan war waged by the West which has cost thousands of lives: 457 UK military personnel; 2,448 American service personnel; thousands of Afghan military and contractors, as well as military from other countries, aid workers and media; with $ 1 trillion spent by the US and £22 billion by the UK.

It is even worse than those figures. The two decades long war by the West follows the ten-year Soviet occupation which saw the Soviet Union humiliated and the beginning of the end of the Soviet regime. These two wars are part of a single 40-year conflict by external forces to control and shape Afghanistan, that saw both superpowers diminished. The Soviet defeat in Afghanistan led to the weakening of the Soviet regime at home and abroad, and it can be argued that the humiliation of the West in Afghanistan will have massive consequences for decades.

It is not only that the US used the opportunity of the 1979 Soviet invasion to fight the Soviets by proxy, providing funding, arms and training to the Mujahideen. This gave succour and support to a virulent brand of Islamic fundamentalism which drained the Soviets, resulting in their withdrawal. In the vacuum created by Soviet withdrawal and the toppling of the Afghan Communist regime, the Taliban came to power allowing their homeland to become a base where terrorism flourished, providing training grounds for al-Qaeda which unleashed global Jihad on the West.

What if anything has been learnt from this painful, costly exercise? First, that the origins of the current disaster lie in the decision post 9/11 made by George W. Bush and neo-cons around him – and backed by Tony Blair – to invade Afghanistan when the Taliban refused to hand over Osama bin Laden. But that is only the most recent expression of a long obsession with Afghanistan, with prior to 2001 there being three UK-led invasions of the country: 1838, 1878, 1919.

Second, the aftermath of the Afghanistan invasion of 2001 and its success in toppling the Taliban was interpreted as a green light for further interventions and going to war with Saddam Hussein in March 2003. This was undertaken in the belief that a quick victory by the West would be potentially popular with US and UK forces seen as liberators. But while the overthrowal of the brutal Baathist Iraqi regime was speedy, the lack of UN and NATO support and absence of Weapons of Mass Destruction, combined with lack of preparation on post-conflict planning, contributed to an unfolding disaster.

Third, the arguments made by liberal imperialists such as Blair and American neo-cons post 9/11 was of a struggle between light and darkness, the Enlightenment against backwardness, and for democracy and human rights: a view Ernest Gellner described as ‘liberalism for the liberals, cannibalism for the cannibals’. It misread the history of the Middle East and wider region, and the West’s torturous backstory in the area. Blair’s post 9/11 mission in his speech to the 2001 Labour conference was filled with self-belief: ‘The kaleidoscope has been shaken. Let us reorder the world around us’ with ‘the moral power of a world acting as a community can’ and the epitome of evangelical globalisation.

Fourth, the return of the Taliban will likely witness the reassertion of a grotesque anti-modern authoritarian regime. This will be one where the rights of women, their status and employment, girls’ education, and freedom of speech are eroded or abolished. But advancing such freedoms on the backs of a 20-year military occupation which was not in the first place meant to be about nation building is as naïve as the Soviets believing they could advance Communism by the presence of Russia armed forces. The West used to ridicule such Soviet conceits, but fell into a similar trap believing their own hype and that the end justified the means.

Fifth, the defeat of the West will be opportunistically used by Trump and the forces of Trumpism. Trump railed against America’s involvement in a succession of wars, advocated negotiating with the Taliban, and advanced an early withdrawal from Afghanistan. But he will now use this debacle to wound Biden’s Presidency and call the Democrats anti-American and anti-patriotic. How the Trumpian constituency react to this will be telling – what with America’s fatigue from the Afghan and Iraq wars, but one constant is evident: the degree of continuity in part of foreign policy between Trump and Biden. The latter might have said ‘America is back’ internationally and never say ‘America First’, but the curtailed nature of US foreign policy power is now a defining feature of the global order.

Finally, in an age when people continually reference anniversaries and look backwards for spurious connections one piece of serendipity was nearly entirely ignored. The fifteenth of August – the day that Kabul fell – also marked the 50th anniversary of when Nixon tore up the Bretton Woods post-war international agreement in 1971, took the dollar out of the managed currency system, and floated it, with other currencies such as the pound following suit. This was due to US military stretch in Vietnam and its cost to the US economy. And the repercussions still live with us in that this decision marked the beginning of the end of the post-war managed capitalist order and the onset of virulent capitalism and neo-liberalism. This witnessed the rise of the exertion of American power, its over-reach and its decline.

The Permanent War Machine of the West

The chaos in Afghanistan has produced a pile of instant commentary which seems shaped by the conditioning of permanent war by the West: an almost Orwellian mindset created by the war machine of the US and UK. James Forsyth in an inappropriate piece in The Times argued that COVID like 9/11 would have little lasting impact on the world, forgetting the West’s two neverending wars, ‘the war on terror’ and the hyper-Islamophobia of some in the West. Neo-con John Bolton argued that the US had been 45 years in West Germany and should have committed the same span of time in Afghanistan.

Armchair warriors were everywhere making the case for another 20-25 years of Western military action in Afghanistan. There was an absence of reflection from some of the principal architects of this disaster. Alastair Campbell sounded off with his usual moral certainty without ever looking once at the part that he, Blair and others played in 2001 aligning the UK with an ideological hard right neo-con project for remaking the Middle East and beyond.

There were numerous comments of concern about the impact of the Taliban and their detrimental effect on the rights of women, girls’ education and more and asking whether the progress made in these areas in recent decades would all be lost. The sad reality is the West did not have the political will or agency to entrench positive change.

There was a feeling of elegy, loss and sadness at what this says about Britain’s diminished standing in the world, most clearly expressed by some Tory MPs. Tom Tugenhat said this was ‘the biggest foreign policy disaster since Suez’, while Tobias Ellwood and former Tory Rory Stewart gave expression to the disorder, suffering and unfolding humanitarian chaos. The lack of humanity of the UK Government and its base hypocrisy has been long established – of 65,000 Afghan asylum applications since 2001 just under half were rejected (although some were accepted on appeal). And on 1 May this year the UK authorities announced a policy of accepting into the UK Afghan translators who had assisted UK forces only to not implement this.

The West has got so used to living with and perpetuating its permanent war machine that it barely comprehends the self-sustaining imperialism at the heart of how we see the world – particularly true of the US, UK and France: the current imperial hegemon and most powerful two from the previous era. Giving sustenance to these delusions in all of these countries is the grotesque arrogance of liberal imperialism that took the Americans into Vietnam and the UK and US into Afghanistan and Iraq. Liberal imperialists such as Blair really believed they could bomb nations like Afghanistan out of feudal times and into modernity and have been proven completely wrong.

The reality of Empire as the American left understood in relation to Vietnam is never just about some far-flung country but has impact at home: in authoritarianism, xenophobia, curbs on liberties and militarism. For example, the dismantling of the Bretton Woods international order referenced earlier was a direct result of imperial over-reach by the US in Vietnam and had consequences for the global capitalist system which shaped many of the norms of the past five decades.

Paradoxically living in the shadow of Empire has produced an imperial amnesia whereby people become so conditioned to seeing war and conquest as the norm that they stop seeing it: historian David Andress calling this ‘cultural dementia’ –  judging that it defines imperial America and the UK and France to this day.

The Empire conceit seems condemned to repeat the same mistakes again and again: the UK having been involved in four invasions of Afghanistan and three of Iraq. Afghanistan has defeated the Soviets and the West over forty years. Prior to that Vietnam humiliated first the French colonial forces at Dien Bien Phu in 1954 and then the Americans over thirty years.

The West bears a huge responsibility for the human carnage, loss of life and mess unfolding in Afghanistan especially those advocates of war: Blair, Jack Straw, George W. Bush, Dick Cheney, Condoleezza Rice. But the real problem is actually the idea of the West which is not just about good things like the Enlightenment and progress. Rather it is also about the dark side of these concepts – and their rootedness in Empire, imperialism and conquest.

We still live in the UK and US in what are in most respects Empire States and until we dismantle them and their ideologies will forever have our political elites proposing permanent war, occupations and interventions into countries we barely bother to understand. China and Russia have their own problematic takes. But it is not too dramatic to say that the West is part of the problem in the world and that calling time on the Empire State in the UK and US would be of huge benefit to the people of these states and the wider world.