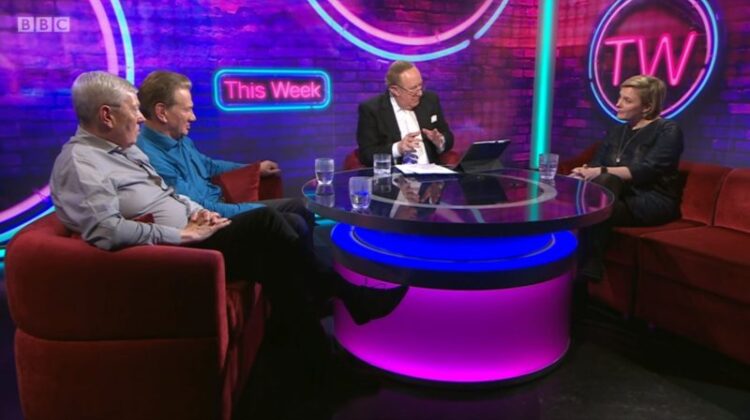 One of the recurring themes of Scottish politics, from those of a pro-union disposition who are trying to find ammunition to attack the SNP and independence, is the propensity to dismiss the record of the Nationalists in office in language which borders on the apocalyptic. This entails talking of Scotland as some kind of disaster, basket case – while ignoring where such logic would take descriptions of Boris Johnson’s government.

Some of this overblown rhetoric is a sign of desperation and powerlessness – vainly for now trying to dent the poll ratings of the SNP running in to 2021, Scottish Government and Nicola Sturgeon. James Forsyth writing in this week’s Spectator observed that ‘COVID has helped create a Johnson v Sturgeon dynamic in Scottish politics. This suits the SNP; the party running against a British Prime Minister whose Scottish poll ratings are so poor. Sturgeon has used her daily COVID briefings to turn herself into the nation’s newscaster’ – as if leadership and communication is solely about this.

One long running stain on the state of Scotland has been our terrible public health inequalities and levels of life expectancy – which are a product of many factors notably bitter, brutal capitalism over several centuries including mass industrialisation and subsequently savage deindustrialisation. Debate on this has come centre stage in recent years reaching beyond public health, mainly through talk of ‘the Glasgow effect’, but such has been its success that it is become often caricatured and used to look at Glaswegians in a voyeuristic way, make them victims and blame them for their situation.

This tendency has been hugely accentuated on the right and pro-union circles, and this against a backdrop of worries, ill-heath, sickness and death over COVID-19. Step forward Andrew Neil who in a debate with SNP MP Alyn Smith said that ‘the level of poverty and deprivation in the East End of Glasgow is unrepeated anywhere in Western Europe’ and that ‘male longevity in parts of the East of Glasgow are on a par with sub-Saharan Africa’.

Fraser Nelson used his own version of the above this week stating: ‘There are now parts of Glasgow where the life expectancy is worse than Mongolia, worse than Rwanda.’ To add to the groupthink on this Labour MP Ian Murray decided to make this claim even more sweeping saying without any hint of irony that ‘poverty in Glasgow is worse than parts of sub-Saharan Africa’ – taking Neil’s original words and making them into a statement utterly preposterous and insulting both to Glasgow and people living in poverty in Africa.

Two major factors are at play in all this. One is how life expectancy is understood. In this the continual framing of Glasgow or parts of Glasgow as having levels equivalent to sub-Saharan Africa is totally grotesque and misleading. It is based on work by the Glasgow Centre for Population Health (GCPH), and figures for male life expectancy in the Glasgow East End ward of Carlton affected by the number of hostels and transient population, and a tiny postcode subset – and figures for 1998-2002.

Neil continually quotes an out of date figure for Calton from nearly twenty years ago of 54 years for male life expectancy; a more recent figure for Calton and Bridgeton in 2012 showed 67.8 years life expectancy for men and 76.6 for women, and since then the area has been further transformed by investment. Yet, this has been made into an almost religious mantra by those on the right to try to prove that devolution and the SNP are not working for Scotland.

Linked to this is the need to demonstrate some understanding of health inequalities and life expectancy – long-term indicators of social change. The Scottish Parliament has been in existence for 21 years and the SNP in office for thirteen of those years. While some of us would have liked the SNP to have moved beyond social justice intent and rhetoric to a politics of redistribution, solidarity and shifting power, it is too simple and glib to bash the SNP for Scotland’s long-term problems with public health. As the Bishop of Dover, Rose Hudson-Wilkin, said on BBC Question Time this week: ‘I don’t think you can just throw this at the SNP’, not that this stops Neil and Nelson.

This brings us to the second point: what this debate is really about? Are these right-wing voices suddenly emboldened to talk about the scandal of poverty, blighted life chances and shame that is Scotland’s record of public health inequalities? Are they suggesting that after 21 years of soft, centrist social democracy north of the border we need to redouble our efforts and focus resources and priorities on the Scotland that is disadvantaged? If that were so we should welcome their conversion, but of course in the real world Neil and Nelson have no interest in redistribution and social justice, only making cheap points about the efficacy of government and record of the SNP. But their referencing of this subject should be used not to hide this terrain or to pretend that everything is rosy in devolution Scotland but instead to talk and focus on the difficult stuff of how unequal Scotland is and how little progress has been made in the past two decades.

This gathering right-wing groupthink of London Scots commentators is one we are going to hear more of in the coming months, towards the 2021 elections and their aftermath. Numerous attempts will be made to present Scotland as a basket case: a country which only exists as an advanced developed country thanks to the supposed benevolence of the Treasury and English taxpayers. This is not a language and politics of partnership, co-operation and pooling and sharing, but emphasising to people that they had better be careful about questioning how the UK is run or to challenge the ruling Tory order.

The above is a prima facie case of ‘talking Scotland down’. But it represents more. It shows the fraying of the nerves and decorum of unionist thinking on Scotland: after ‘love bombing’, this is a kind of shock therapy capitalism unionist style. They are driven by impatience and desperation, and while they can be presented as caricature they are attempting to underline the belief that Scots are powerless to change big structural issues. The argument goes along the lines of Scotland having had 21 years of devolved talk and action on this and nothing has fundamentally changed, so really you have to accept the status quo.

If you think about the underlying message of Andrew Neil and Fraser Nelson and Ian Murray then really what they are offering is a fundamental choice between accepting this rotten status quo, and rising up and demanding fundamental change which goes far beyond devolution and the continuity version of independence. There is something logical in the likes of Neil and Murray taking up this, but as for Ian Murray, Scottish Labour’s sole MP and Shadow Secretary of State for Scotland, to so brazenly adopt uncritically a right-wing unionist set of lines about Scotland only underlines how lost and adrift the Scottish party is.

This is about more than the much touted muscular unionism: this is a disaster British nationalism intolerant of other political traditions and centres of power on these isles, and which is in the foreseeable future away to use the post-Brexit transition period to concentrate constitutional, political, judicial and regulatory power at the unreformed centre to the expense of Scotland, Wales and Northern Ireland, but also the London mayor and Northern English city mayors. This is an age of brutal power politics shorn of compassion and humanity which requires for cover the likes of Neil and Nelson damning and diminishing any alternative mandates and political sentiments.

We cannot let them away with it, nor can we just passively acquiesce in a political conversation of centrism and caution in Scotland, but instead use the interest in social justice and public health to advance long lasting change and talking about inequalities. The status quo is not adequate – whether it is one on offer from Westminster or Holyrood.