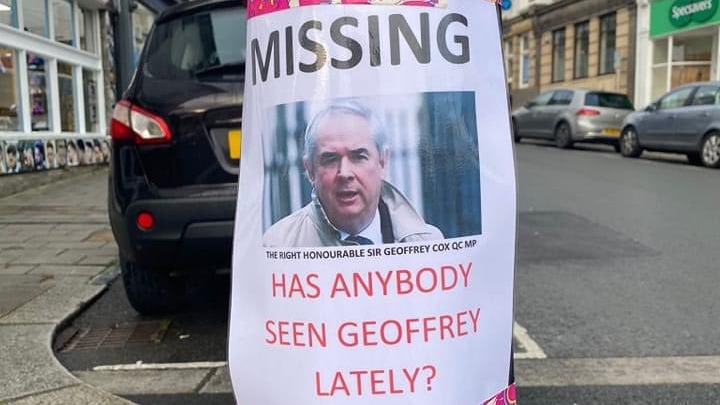 The UK is undergoing one of its periodic spasms of concern about Tory sleaze and corruption. Two complacencies underpin much of this coverage. The first is about Boris Johnson’s unique slapdash version of morality, monies and government. The second is that the decline in trust and crisis in institutions is merely cyclical and can be tackled with a simple change of government and political renewal – as happened in the past with Tory troubles and degeneration in 1997.

This is different – and the nonchalant approach of too many in the media, public life and Westminster parties (including Labour) contribute to the serious nature of this crisis, sense of decay and lack of serious rigour in alternative ways of doing government.

The Conservative Party have long thought that they own the British political system and that the partisan interests of the party and the UK ‘national interest’ are one and the same. This is very different from Labour Party presumptions, suffering as it has through most of its periods of office (Blair apart) from an imposter syndrome when in government.

Thus, the Tories have long acted in an unedifying way about political appointments, monies, and public policy when in government, but this has become even more reprehensible in the two recent periods of Tory dominance: Thatcherism of 1979-97 and the three Tory Prime Ministers – Cameron, May and Johnson, from 2010 to the present.

Tories have become advocates for a Britain which is harsh and cruel – where public services are opened up to private contractors, public monies given to their insider class friends, with the Tory Party itself funded by a dense network of dirty and dark monies, including large amounts of Russian oligarch money.

The present mix of scandals bring all this to the fore. The Sunday Times’ revelations of yet more ‘cash for honours’ shows that fifteen of the past sixteen Tory Party Treasurers who have each donated at least £3 million to the party were given peerages and seats in the House of Lords. Tory Party defence of this includes that this is rewarding generous ‘philanthropists’ who just happen to generously give millions to the Tory Party.

Former Tory Cabinet minister Owen Paterson thinks nothing wrong in getting £100,000 per year from private companies, mostly from international health company Randox, to do paid advocacy and lobbying. Randox subsequently were awarded £480 million of public monies and contracts with no competitive bidding in a closed process. Not only that the world of the Patersons and Randox had many strands, with the late Rose Paterson, wife of Owen, having been Chair of Aintree Racecourse which hosts the Randox Grand National.

One study by OpenDemocracy found that 237 MPs (26%) had secondary employment in 2021-22, while 116 (18%) were landlords earning more than £10,000 per annum. Another by The Guardian revealed that one quarter of Tory MPs (90 out of 360) have second jobs with firms whose activities range from gambling to private healthcare, remunerating them to the tune of over £4 million per year in outside earnings.

Step forward Andrew Mitchell, Tory MP for Sutton Coldfield, ex-International Development minister, and of ‘Plebgate’ fame. In the previous year, besides his MP’s salary, he received an astonishing £182,600 to work in consultancy, advisory and director roles from Ernst & Young (now rebranded EY) and other companies. Julian Smith, Tory MP for Skipton and Ripon, rakes in an astonishing £144,000 per annum from Simple Blue Management and two other companies for advising on ‘business development’.

There is also the occasional non-Tory with their noses in the trough – with former Lib Dem leader Ed Davey, MP for Kingston and Surbiton, being paid £78,000 per annum for two jobs – one as a consultant on political issues and policy analysis to international law firm Herbert Smith Freehills. The odd Labour MP also pops up with Khalid Mahmood (Birmingham Perry Barr) paid £25,000 per year as a consultant to the centre-right Policy Exchange think-tank.

Then there are the shocking activities of former Attorney General Geoffrey Cox – still MP for Torridge and West Devon – who reputedly earns £1 million pounds per year as a barrister representing such clients as the tax haven British Virgin Islands in a legal inquiry launched by the UK Foreign Office. If all this were not bad enough, Cox voted in the Commons from the Virgin Islands during lockdown, and has been defended by the UK Foreign Secretary Dominic Raab who called his tax haven job ‘a legitimate thing to do as long as it’s properly declared’.

This is a political party and class defined by dodgy finances, dirty monies and lining their own pockets while lecturing the rest of us on ‘personal responsibility’ and pretending that the UK does not have a broken political system. Take Italian-Scot Tory MP Alberto Costa who sat on the Standards Committee which found Owen Paterson guilty of an ‘egregious’ breach of parliamentary rules and ethics. On BBC’s Newsnight on Monday he said that the UK is ‘broadly corrupt free’ – as if we should be sanguine and continue sleepwalking while the Tories loot the public coffers to reward themselves and their kleptocratic corporate class pals.

Where then is the official opposition Labour? Keir Starmer was missing in action last week due to COVID and that aided the party as Angela Rayner filled in for him at Prime Minister’s Questions. Labour have a comfort zone attacking ‘Tory sleaze’ reminding them of their greatest hits against John Major, but this is too easy and lazy, and underplays the scale of systemic corruption.

Labour are not completely virtuous in this. Starmer considered talking a paid consultancy in 2017 while a frontbencher, and current frontbenchers such as Charlie Falconer (a rare survivor from the Blair years) are in receipt of significant secondary employment. Equally problematic in the long run, the Shadow Cabinet have a tradition of paid advisers and posts from the insider class of consultants such as KPMG and McKinsey.

It doesn’t help that one of Labour’s attack dogs in this is former spin doctor Alastair Campbell who cannot contain himself in viscerally hating all things Tory. He combines this in media pronouncements with a fanatical defence of all things Blairite New Labour. To this day, Campbell refuses to admit that he and his political master did anything wrong in the Iraq War, or that his selective truth telling, disinformation and worse contributed to a politics of cynicism which led directly from the killing fields of Basra to Brexit.

One of the most damning critiques of the present Tory Government has come from former Tory PM John Major. He has made the connections in a more persuasive way, linking the indefensible attempt to let Owen Paterson off and to scrap the current parliamentary scrutiny system to the culture of lawlessness at the heart of this Tory Government – with government ministers found to have broken domestic law, while they threaten to break international law and rip up treaties they have signed (such as the Northern Ireland Protocol). This is government by impunity which thinks it can do what it wants, defined by what Major calls an arrogant ‘we are the masters now’ attitude, is unconstrained by the rule of law and convention, and thinks rules and democratic norms are for others.

Britain has a broken political system that is becoming irredeemably corrupt – bent by dodgy monies, doling out public monies and trashing independent processes and institutions. Witness the attempts to nobble the Electoral Commission, appoint ex-Daily Mail editor Paul Dacre as head of Ofcom rewriting the job description to aid him, and introduce voter ID to suppress the voting turnout of the young, poor and black and ethnic minorities.

This is not quite Trumpian yet but borrows from the playbook of the right-wing authoritarian populism who invoke ‘the will of the people’ while scapegoating foreigners and independent bodies, and amend the political system to suit themselves and their privileged friends.

This crisis is about more than Boris Johnson and his amoral character. It is about the degeneration of British Conservatism and its breaking loose of the moral anchors and values which used to define it: a code of honour, privilege coming with responsibility, a belief in the rule of law.

All these values have been comprehensively trashed by a Tory Party over a longer timeframe than Johnson and Johnsonism, a chancer Conservatism led by a man with no scruples who never apologises and takes responsibility for his mistakes.

A look at the right-wing press and its odious language of talking about ‘traitors’ and ‘Enemies of the People’ and their continual search for ‘culture wars’ and ‘wokes’ under the bed, shows that there is a widespread derangedness on the right – including in papers which used to pride themselves on the ‘respectable’ conservatism such as the Daily Telegraph and The Times. Why isn’t hard to work out. The right-wing economic project of the past four decades has failed miserably, and they need to find diversions and a new set of enemies to scare us with – and keep the rotten anti-democratic right-wing show on the road.

Thus the mainstream media and much our party politics will try to reassure you that for all the heat and noise, the UK political system can be returned to rude health either by kicking out the bad individual self-serving Tory MPs, the Johnson leadership, or this Tory Government. That sanguine ‘we have seen it all before’ attitude on ‘Tory sleaze’ is part of the problem and minimising the state of the UK political system and threat to democracy that we are witnessing.

Can the UK political system be saved from the attack and capture by the Tories and their shameless insider class acolytes? Perhaps the worst damage can be prevented, but the bigger question in the early years of the 21st century is whether we as a public and citizens can learn from what has happened, see how we have been diminished and infantilised, and push for the wholesale democratisation of a political system and class which still has its roots and attitudes in feudal Britain.

It will be a tough ask – and a Herculean task, but the scale of this crisis is not just about Boris Johnson and Toryism.