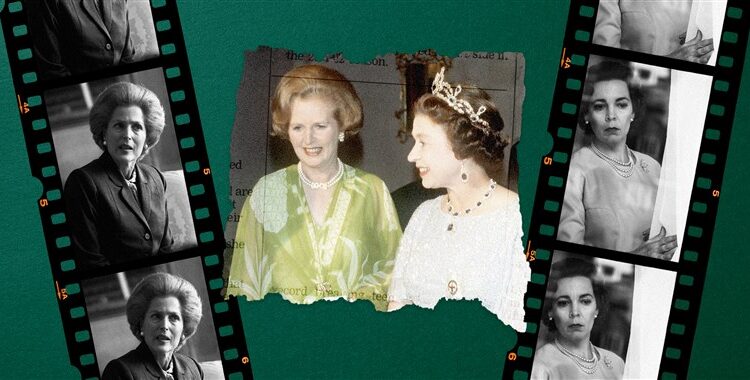 The Importance of ‘The Crown’ in understanding Post-War Britain

The British Royal Family sit at the centre of the British establishment and at the heart of British national identity and history. ‘The Crown’ series thus has an importance unlike most TV series, with the new season just released on Netflix and already creating waves.

Previous episodes have caused significant ripples and comment. But this series has seen the Palace and its acolytes go into hyper-drive, taking issue with its overall portrayal of the Royal Family and disputing some of the details.

Season Four tackles the Thatcher era of 1979-90 covering the marriage of Charles and Diana and their subsequent estrangement, the growing disillusion of Anne in her marriage to Mark Philips, and Andrew and Edward becoming adults and marrying Sarah Ferguson and Sophie Rhys-Jones respectively. All of this set against the backdrop of the divided times that were the 1980s with the Northern Irish Troubles entering a brutal stage, three million unemployed, the Falklands War and miners’ strike, and the growing authoritarianism of Thatcher as Prime Minister.

This era is in lived memory – and controversial. The House of Windsor attempted to enter the age of public relations and media management that initially paid dividends, but spectacularly backfired, as the strains in relationships and marriages at the heart of the royals began to creak, fall apart and lead to subsequent separations and divorces: most famously in the public battle between Charles and Diana.

The Royal Family is dismayed at how they have been presented in this series, seeing it as exploitative and portraying them as cold, calculating and heartless. They have marshalled trusted sycophants to find and complain about small factual inaccuracies. In their defence, some of the licence over four seasons is jarring, particularly when such painstaking research has been undertaken. For example in the current series Margaret Thatcher is seen worrying about her son Mark being lost whilst undertaking a car rally in the desert, distracting her from the first Argentinian moves towards the Falklands. That would be damning – and they did both occur in 1982 but were months apart and completely unconnected. Such embellishments and falsehoods do detract from the overall power and impact of the series.

Penny Junor, author of numerous sympathetic royal books and friend of Charles and Camilla, came to their defence in the Mail on Sunday, including the criticism that the writer, Peter Morgan, was known for his ‘republican sympathies’. Her defence of the royals is a well-worn one: ‘These people have raised millions of pounds for charity, brought tourists flocking to Britain, boosted trade overseas and provided stability and continuity in a rapidly changing and uncertain world.’ What this infers is that an institution which sits at the heart of public life, and which is hereditary and thus undemocratic and unaccountable, should somehow be immune to the scrutiny of the public eye including through drama – the sort of argument heard in countries which are not democratic and disguise this by emphasising stability and continuity.

‘The Crown’ as an alternative history of post-war Britain

‘The Crown’ has to be taken as dramatic interpretation and as an important contribution to understanding part of Britain, the institution of the Crown and the establishment, lifting a veil on parts of elite society which have for too long been shrouded in myth and secrecy. In this ‘The Crown’ is not just about the Royal Family and its individual members but offers an alternative history of post-war Britain.

The first series covered 1947-55: the marriage of Elizabeth and Philip, the premierships of Attlee and Churchill in peacetime, and years of austerity. Series two from 1956 to 1964 contained Anthony Eden, Harold Macmillan and Alec Douglas Home, Suez and rising prosperity at home. Series three took us from 1964 to 1977 with Harold Wilson and Ted Heath up to the Queen’s Silver Jubilee. The fourth series from 1979-90, is the only one with a single Prime Minister – Thatcher – while the fifth and sixth will take us up to recent times.

The series is semi-revolutionary and transformative in how the Royal Family are seen. Hence the backlash, as it breaks with decades of how royals have been presented and the mutual agreement between media and the royals which has amounted to censorship. It shows the stuffiness, attachment to outdated traditions and protocols, the refusal to embrace humanity – and the repressive qualities of the whole edifice. At the same time the Royals have shown an element of adaptability and attempt to come to terms with some characteristics of modern life by being more media conscious and letting a small degree of light into the darkness, but doing so without changing the fundamental nature of the Royal household and the void at its very heart.

The institution that is the real Crown is a superannuated, pampered prison – whereby the leading inhabitants get a guaranteed quality of life and privilege for forgoing their liberty, freedom and individualism. Penny Junor actually acknowledges this in her defence of the Royal Family, showing that this trade-off has always been explicit describing them thus: ‘People who did not ask to be Royal, who may live in palaces, but who have no freedom, no privacy and no choice.’

‘The Crown’ offers a series of penetrating vignettes and accounts of key moment which throw fresh light on the institution. There are Philip’s wild parties and rumours of his womanising in the 1950s; Margaret, the Queen’s sister, and the blocking of her marriage to Group Captain Peter Townsend on the grounds he was a divorcee; and future king Charles and his long-term relationship with Camilla – pre-Diana, during and after their marriage.

It vividly paints a picture of key moments in British history: the humiliation at Suez when Anthony Eden lied about the true nature of the Anglo-French invasion of Egypt which led to his resignation; the avoidable tragedy of Aberfan in October 1966 where 144 people, including 116 children were killed by the collapse of the coal heap above the town; the muted 1968 coup against Harold Wilson by Cecil King, editor of the ‘Daily Mirror’ which proposed a government led by Mountbatten (which he did not agree to); and the Irish Troubles which resulted in the deaths of over 3,000 people and the assassination of Mountbatten by the IRA in Mullaghmore in County Sligo in August 1979.

The arc of the most recent ‘The Crown’ series covers the first years of Charles and Diana’s relationship and marriage. This brought out into the public tensions that had long existed in the institution about how it treated outsiders, women marrying into ‘the firm’, and responded to what it saw as threats. This tragic, heart-breaking story revealed the callous, calculating and misogynist nature of the Royal household. Faced with the emergence of Diana as an iconic, popular figure, the Royals tried to discredit, then destroy, her with Charles telling his story to the sympathetic Jonathan Dimbleby, while Diana retaliated with the Martin Bashir interview – currently in the news again – culminating in her death in Paris in August 1997.

The battle between Charles and Diana continues to this day – 23 years after her death – with Diana’s charisma, popularity and death at the hands of the paparazzi giving her an ever-lasting appeal. Yet still Charles and his courtiers feel threatened and feel the need to tarnish and diminish her, with Libby Purves in The Times last week calling her repeatedly ‘stupid’ and someone who was easily manipulated in life and death and Jonathan Dimbleby in the Sunday Telegraph called her ‘weak and vulnerable’. Such people don’t tend to use such words about Charles or the rotten institution which has continually trashed and hurt so many people.

The Royal Family are not just a guilty pleasure

The Royal Family are not just a soap opera. They are not just a guilty pleasure. They are an intrinsic part of the British constitution. The Crown as an institution has power, reach and influence; there are such things as ‘Crown powers’, while governments govern in the name of the monarch and are appointed or dismissed by the head of state the Queen. Prince Charles has lobbied ministers over a vast array of subjects – some of which came out in the ‘black spider memos’ released via freedom of information (which caused the law to change to stop future letters being made public). And we now know that Charles intervened and supported the Governor-General Sir John Kerr dismissing the Australian Labor Prime Minister Gough Whitlam in 1975: a revelation which has only aided the long-term shift to republicanism in that country.

The damaging, pernicious effect of the Royals extends into nearly every aspect of society and how we act and see ourselves. The TV presenter and Royal sympathiser Kirsty Allsopp rhetorically asked a few years back ‘what is wrong with Britain being a Disneyland?’ meaning a place of pleasure and celebration aided by royal births and marriages. The problem is that it reduces Britain to a playground and playpark – but a fantasy one presenting a fiction for the enjoyment of visitors but at the huge cost of perpetuating a mirage and set of lies.

The British monarchy inculcates unthinking credulity and servility. It forms a heavy layer on the general encrustation of our unreformed political institutions. It is the gilded peg from which our unlovely system of social distinction and hierarchy depends … It contributes to what sometimes looks like an enfeeblement of the national intelligence, drawing from our press and even from some of our poets the sort of degrading and abnegating propaganda that would arouse contempt if displayed in Zaire or Romania.

This was written in 1990 and while many things have changed in Britain too much in the above has not. This is why ‘The Crown’ series matters and is semi-revolutionary. It has dared to smash through the fake smoke and mirrors presented by elites to continue their role and make us think we are living in a democracy. This is what the likes of Libby Purves, Penny Junor and Jonathan Dimbleby and many others are furious about, after giving a lifetime’s service to the perpetuation of the ‘enfeeblement of the national intelligence’.

Britain will never be quite the same and the Royal Family cannot just pretend things have not changed. The truth about the rotten, deceitful, dehumanising nature of the institution – and how it harms everyone it comes into contact with is out. Critically it infantilises us as a people – making us strangers in our own land and having to continually ask permission to exercise our democratic rights. Those days are now clearly numbered, and ‘The Crown’ has played a small but important part in this long overdue revolution.