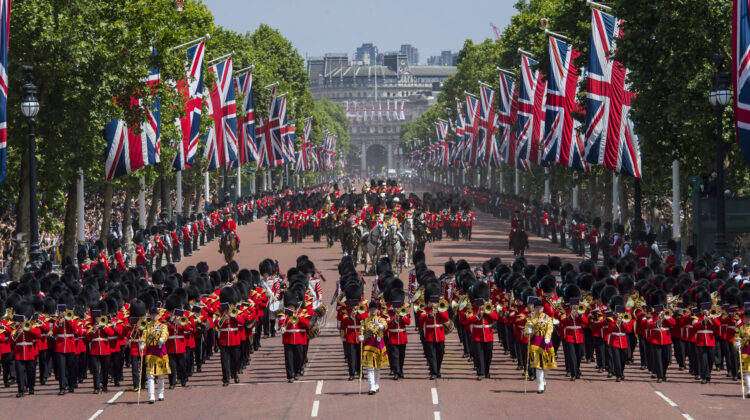 The monarchy goes to the heart of what the UK is and what it is to be British. It is strange then that most discussions try to avoid the implications and consequences that flow from the power, influence, status and role in public life of the monarchy.

All of this will come to a head in 2022 with the Platinum Jubilee – marking the 70th anniversary of Queen Elizabeth on the throne – on 6 February; then celebrated in early June with a long weekend holiday. This latter date follows a well-known format with televised concert and programmes, pageant, flypast and street parties.

While much of this is familiar in the context of the current Queen and institution of the monarchy, two less familiar elements are now present – on-going public scandals and the nature of monarchy in a modern setting.

This array of long-running scandals is affecting the standing of the House of Windsor. First and foremost relates to Prince Andrew – a story running for at least a decade since his “friendship” with Jeffrey Epstein became public after the latter was convicted of underage sex. Despite semi-retirement from “the firm”, Andrew still retains his royal titles and role in nine military organisations – including the Grenadier Guards.

But that is only the tip. There are also the many activities, business wise, charity and lobbying, of Prince Charles, and the scandal of “cash for honours” where Michael Fawcett, head of the Charles foundation was found offering honours for charity contributions and had to resign. There is the experience of Harry and Meghan – who have moved to California and declared semi-independence.

And there is the issue of the extent of “Queen’s Consent” and how legislation can be altered when it affects the direct interests of the monarch. This effectively gives the Queen an opt-out from the consequences of democracy – and has implicated Holyrood as well as Westminster.

This brings us to how monarchy sits in a supposed democracy. The Queen is head of state, a constitutional monarch, and part of the constitution and British state. The entire mystic of monarchy is used to conceal the working of the executive through Crown powers and patronage – deliberately restricting democracy. This is the case put for it by the Victorian writer Walter Bagehot in “The English Constitution”.

The coming Jubilee will in all probably be the last big royal moment before the succession of King Charles III. In a mature, democratic culture the role of monarchy and how it sits at the centre of government, state and the establishment (and what it means) would be part of a public conversation. This would address its role and powers, patronage, the issue of succession and the royal oath, and how all this sits in a multi-cultural, multi-faith society. Yet revealingly there has never been a comprehensive parliamentary inquiry into monarchy.

This is something the elites do not want the public to engage in. Far better to get all dewy-eyed and talk, as Andrew Marr did, of the current monarch’s reign as “a second Elizabethan age” – which is not only inaccurate on Scotland – but not how people generally think of themselves and the age we live in.

Watersheds have to be made, not assumed. The death of Winston Churchill in 1965 was seen at the time as drawing a veil on the influence of a Second World War generation and the arrival of a new Britain – more relaxed, open, classless, free – a land moving from black and white to colour and vividness.

Instead, what happened is that the death of Churchill allowed a cartoonesque version of World War Two and the past to replace an account which drew from the direct experience of those who served and lived through the times. Thus, from the 1970s onward a tabloid and popular culture offensive grew which talked of the Germans as “Krauts” and “Huns” and saw every disagreement with Europe through the prism of “the Blitz” and “the Battle of Britain”.

This is a warning in how to view the monarchy now – and in the post-Elizabeth world. There has to be a public debate in which citizens, parliamentarians and the democratic process has a say.

A relevant point in all of this is that Labour and radical traditions have left monarchy all alone, as they have done with other aspects of the British state. This is true from Ramsay MacDonald to the much-lauded Clement Attlee to the more recent Blair and Brown and Keir Starmer today. Are Labour and the centre-left really happy to remain silent on this subject and the semi-democracy that defines the UK, leaving change to others?

Any debate about the monarchy would bring centre-stage the limits, shortcomings and pretensions of British democracy. The UK is not a fully-fledged political democracy. The political elite know this, and know that this indefensible situation works to maintain their place. The institution that is the Crown knows this and uses it to sustain their privilege.

Monarchy itself is a relic from feudal times whose survival has consequences in the present. It has gone from being the embodiment of pre-democratic absolutist times and “the divine right of kings” to validating the post-democratic elite of neo-feudalism and the new emperors of the age of absolutist capitalism.

The UK monarchy is an integral part of the British state – the public face of how we present ourselves to the world and of “official Britishness” – a set of identities which do not draw their legitimacy from democracy or progressive, open, modern, inclusive values.

2022 will see much reflection on the public service of the Queen and her supposed selflessness and apolitical nature. The last point is a deliberate deception: the head of state and part of the British state can never not be political.

Monarchy comes at a cost to all of us: it infantilises us, diminishes us and reduces public life to the equivalent of a Disneyland at best and at worst a culture where we the people are spectators and strangers in what should be our own home.

The monarch comes from the core of what the Empire State was when it was literally that, and as long as it survives in its present form it validates and reinforces the continuation of the Empire State at home – entrenching the rotten, unreformed political system and culture which continues to fail us.