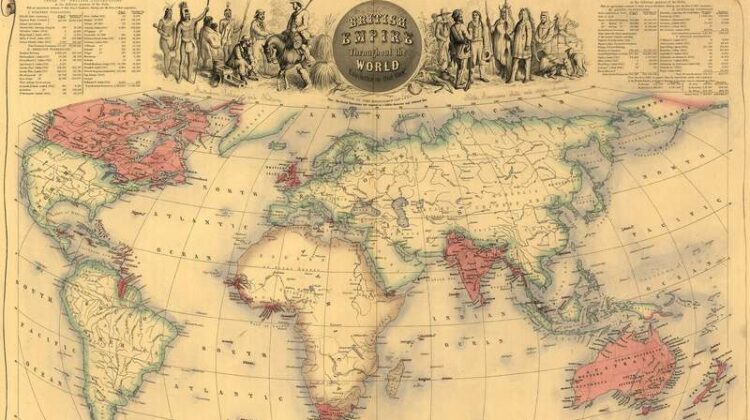 While many UK supporters repeat the great thread of British history, the current UK borders only date from 1922 and the aftermath of the Anglo-Irish Treaty of 1921 (its centenary on Monday) while the current name – United Kingdom of Great Britain and Northern Ireland –became legally adopted in 1927.

Despite this, when pro-union (and to an extent pro-independence voices) talk about the union there is an assumption that we all know what it is being talked about and that there are fixed definitions.

Yet when making (and understanding) the case for the union there is a need to be explicit about what kind of union is being presented, what it stands for, and what its future path might be.

This has a number of dimensions. There is the nature of the three devolved nations – Scotland, Wales and Northern Ireland – and the relationship of the UK government to them, and the issue of England still being without a democratic voice and government being run directly by Westminster and Whitehall departments.

The missing English dimension exists on numerous different fronts – democratically, institutionally, culturally, and in the media and public debate. There is no formal English Labour Party for example. There is no formal English Conservative Party either but that hasn’t stopped the Tories using English/British as terms interchangeably for decades.

The governance of England has consequences because the way it is ruled is centralist, not democratic, and the underpinning of the imperial centre and the root of how the system holds together.

It is interesting that Tory “levelling up” minister Michael Gove is reported to be working on proposals for devolution to be extended across England. The form of this is being briefed as creating a mosaic of empowered local leaders as “mayors” and “governors’ with powers equivalent to the Mayor of London.

Apart from the fact that the London Mayor doesn’t have many formal powers, or that “governors” while trying to invoke the US recalls a colonial system or if you are being generous the French system of “prefects”, the spin is that these proposals wouldn’t be fully rolled out across England until 2030. So, no rush there.

Despite this some susceptible to excitement are claiming this yet again shows “further moves to federalism”. This from some of the same folk who have always been predicting for the past 20 years that the British Labour Party is just away to embrace UK-wide federalism – which it has refrained from doing once in its 121-year history. And for the reason that Labour is a party of parliamentary sovereignty and of belief in the British state.

The kind of union invoked is one which currently involves retrenchment, concentration of power at the centre, and retreat in democratic accountability. There is the debasement of the Northern Ireland protocol, signed by the UK Government, but which the minister Lord Frost who negotiated it with the EU is now on the point of ripping up.

There is the sight of ministers planning to limit the scope of how they can be held accountable through judicial review and kept to the rule of law; and the grotesqueness of the UK considering reneging on its international obligations and laws in relation to asylum seekers and refugees.

The imperial centre – the British Empire State – never went away and is still there with a vengeance and a sense of revenge. It is dismantling part of the semi-codified British constitution created by the Blair-Brown era but that was never fully thought through. Those changes eroded the principle of absolute parliamentary sovereignty aided by EU membership; now we are shorn of the protection of EU laws and institutions and witnessing the return of the leviathan.

The language of “saving the union” implies that there is a common understanding and shared agreement about what the union is, stands for and where it is going – and that these are positives. That just isn’t the case if we deal with the union as it currently is and is evolving, rather than some fantasy, idealised union.

The Labour Party yearns for a kinder, gentler union and a return to redistributive and progressive days. But it has not thought about how this can happen, given the 1945 post-war state is dead and not coming back. Tories for now have a clearer, more partisan vision – one about accruing power to the imperial centre to strengthen the Tory stranglehold.

Many of the above insights emerged in a discussion I attended last week on centre-left politics across the UK talking about England’s place in the union. This is a subject that Labour and the English centre-left have shied away from, and so have allowed the nation of “England” and “English nationalism” to be claimed by the right, Brexit and a populist, insular, xenophobic politics.

All of this has consequences for the Scottish debate. Just as Scottish independence cannot just be about abstracts but the choices and priorities of governing, the same is true for the case for the union. The union of the present day, its current deformation under the Tories, and the unlikelihood of systematic reform under the Tories, and even Labour, are all germane.

Despite this the union is like any political entity moving in many directions at the same time: regressing and attempting some element of reform at the same time. Half-baked, timid proposals from Michael Gove will not address the shortcomings of the political centre of the UK – democratising how it holds power, getting it to share it with other institutions, and formally limiting what that centre can do. The opposite of that is happening.

But even talking about reform raises the spectre of how inadequate the British political system is, and how it is not fit for purpose in the 21st century. And how Labour clinging to its constitutional conservatism north and south of the border serves no one well but the forces of reaction, privilege and entitlement. The forces of the union have some heavy lifting and work to do.