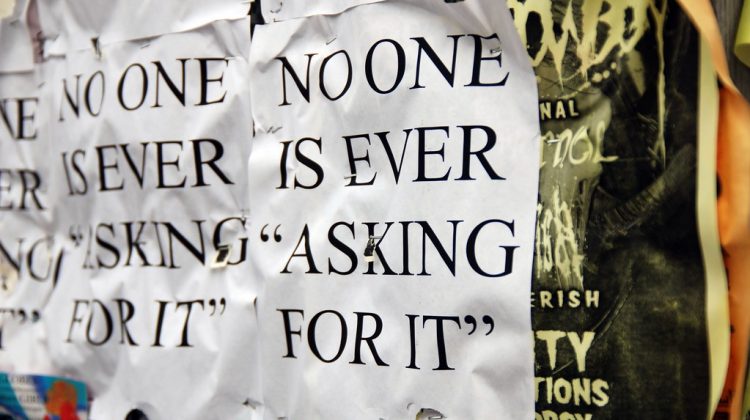 We need to talk about sexism in Scotland

Last week one story gripped part of Scotland. This was not COVID-19 or the independence majority in two polls. Rather it was the fallout from the Kirsty Wark programme on the Alex Salmond trial.

There is no need to or repeat those discussions – although they did bequeath a new word ‘Warkumentary’ which isn’t meant to be a compliment – the substance of which I explored last week. But what has been illuminating amongst all the opinions and passions unleashed has been that, for a section of Scotland, unbridled, unapologetic sexism is fair comment.

Immediately after the Wark programme was broadcast, one prominent pro-independence blogger called the journalist Dani Garavelli (who attended court every day) the ‘Rapefinder General’. Elsewhere there were numerous descriptions of women appearing in the programme as a ‘coven’ – with Kirsty Wark, Sarah Smith and Garavelli called ‘Macbeth’s three witches’, and women who were witnesses in the trial dismissed in similarly derogatory terms.

One of the most prevalent and problematic interpretations of the Salmond trial and his acquittal is to jump to declare that ‘all of Alex Salmond’s accusers were lying’ – ergo women – and that they were found by the jury to be not telling ‘the truth’. Such a perspective shows a complete ignorance of the criminal justice system.

Salmond was acquitted of all the allegations, which does not automatically mean that the women who gave evidence at his trial were lying but merely that their evidence did not in the minds of the jury amount to prove ‘beyond reasonable doubt’, which is always necessary for a criminal conviction. If they were lying in a court of law they could have committed perjury, which would possibly leave them open to being charged with that, in a similar way to Tommy Sheridan and Jeffrey Archer. The assessment of any evidence is though a complex analytical process. The fact that evidence is not accepted does not mean, automatically or otherwise, that there has been perjury.

The ’liar’ comment draws from a longstanding history of women who report being sexually attacked and assaulted not being believed. Women who have had such horrible, dehumanising experiences in Scotland, as in the rest of the UK, face a criminal justice system where the proportion of successful convictions is historically low and many cases do not even make it court, let alone women putting their trust in the authorities. Comments such as calling women ‘liars’ only help to perpetrate this problematic attitude which is hardly enlightened or progressive and may in fact hinder the cause of justice.

This needs to be said and resaid, as Kirstein Rummery of Stirling University put it: ‘powerful men who abuse their position in politics to harass women are sadly very common’ adding that ‘the evidence didn’t meet the threshold for a conviction so yes, Salmond is not guilty of a crime. That doesn’t mean those women were lying, they most definitely were not.’

Some prominent commentators in print media weighed in on this issue – one writing that ‘almost anything – hair stroking, touching, social kissing – can be construed as sexual harassment. And it doesn’t seem to matter what the justice system says about it’ which sounded like the sort of thing an out of touch elderly male Tory MP would say in light of #MeToo and in fact some did just that.

We do need a sense of our history in this. Scotland was not so long ago a ferociously masculine society, where men held nearly all of the positions of power, dominated the world of work, and women with a few exceptions were restricted to the home with many areas of employment virtually closed off to them (and prior to that legally were).

Public life was for decades into the late 20th century male-dominated. Between 1921 and 1961 the Church of Scotland General Assembly, a body which at its peak saw itself as the alternative Parliament of the country, had one woman speaker – the irrepressible nationalist campaigner, Wendy Wood. Pre-Winnie Ewing winning Hamilton in 1967, the SNP in the 33 previous years (since its inception) had stood a solitary woman parliamentary candidate – Mary Dott who was selected for the 1947 Edinburgh East by-election. It is true that the SNP did not stand many parliamentary candidates in the 1940s and 1950s but it is still a striking record.

These masculine exclusions were particularly pronounced in Labour and the left, reinforced by a trade union culture dominated by men. It is a telling example that when Gordon Brown edited The Red Paper on Scotland in 1975 and put together a collection – of 29 essays by 29 men – no contemporary reviews pointed this out because it was seen as normal. In fact much comment for years after praised the range and diversity of the book which was in at least one area of diversity spectacularly lacking; it was also of course all-white.

Scotland likes to think it has put such dark views behind it and that it has travelled far from the time when it elected a single solitary woman MP out of 71 in 1979 – Dame Judith Hart of Labour – the year that Margaret Thatcher became UK Prime Minister.

It is undoubtedly true that in the years after 1979 changes in the world of work, society and culture radically altered attitudes of men and women about their roles in society, the language used and how this was portrayed in public life including politics, media and in drama.

But social change is never completely tidy, and the period of social liberalism of recent decades which seemed to accelerate and strengthen with the Scottish Parliament, now at the minimum looks to be under threat from a new form of sexism which does not see itself as sexism or reactionary. Instead this new sexism merely thinks it has the right to say what it thinks and sometimes comes in the form, explicit or implicit, of presenting itself as a defence of free speech and slayer of political correctness.

Any culture of prejudice, bigotry and discriminatory views – which is what sexism is – exists and gains legitimacy because others give it permission and do not challenge it – often because they just want to have a quiet life and don’t want to get into verbal battles. One senior retired policeman observed that behind such comments there lay: ‘the real issue, the embedded, systemic plague of male superiority and entitlement that seems to be perceived by many men and women as “the natural order of things”.’

This is where recent events have been dispiriting with comments such as ‘Rapefinder General’ and ‘almost anything’ can be ‘sexual harassment’ seen by many as valid ways of describing recent events. One too easy way of viewing all of this is to put the blame on social media and in particular portray Twitter as some kind of Wild West hate zone. But the print media have to take their degree of responsibility for this climate.

Newspapers such as The Herald are now reduced to printing clickbait pieces out of desperation to attract controversy and readers. Hence in recent months they have published despicable comment pieces such as one declaring in no uncertain terms that campaigns against domestic violence are ‘knee-jerk’. Again there is no sense of history and context in these kind of articles, including any recognition of the fact that until fairly recently most people used to excuse male violence towards women and children in the home – and of course, many still do. Indeed many enlightened police of the present comment on how they were taught to leave such areas well alone and regard them as ‘private’. And yet in 2020 this is where The Herald has in desperation turned full circle.

The cause of equality was never ever going to be easy and simple. But the silence of large parts of Scotland about these recent comments, and to various degrees the macho culture from which they originate – including most of the senior figures in the SNP, prominent independence supporters and public figures, is cumulatively a kind of appeasement of sexism and views which vilify women and spread hatred.

This is not some optional extra as a debate to be parked until independence; rather it defines the modern Scotland of the present day. It shapes power, poverty and inequality. It defines organisations, hierarchies and the workplace. Roz Foyer, General Secretary of the STUC stated that while Alex Salmond had been acquitted his ‘admitted actions amount to abuse of power in the workplace which is all too prevalent.’ This at the very minimum needs to be openly discussed, not just closed down in a welter of declamatory comments and abusive statements which do no justice to anyone or to the serious issues at play.

It is long overdue that Scotland got some backbone on this and said in enough numbers and clearly enough – irrespective of your views on Alex Salmond and Nicola Sturgeon – that enough is enough. Let’s clean up our act and call out the sexists, apologists for misogyny and peddlers of hate.