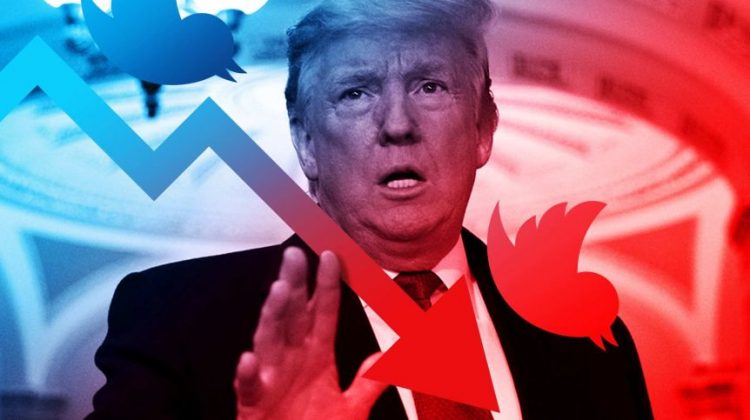 Will today mark the beginning of the era after Trump?

Today the debris and damage that Trump has inflicted on the US will become a little clearer. There can be no return to the world pre-Trump and the supposedly more genteel, polite era of Barack Obama as if it were some golden age. The tensions, turmoil and evasions of those recent times laid the ground for and created the likes of Trump, Farage and others.

Today may mark the beginning of the end of the Trump spectacle but the world and politics will remain unpredictable and messy. First, more than likely that a defeated Donald Trump won’t be going anywhere soon. He is not going to retreat out of the public eye but rather has found that he can amplify his voice by monetising hate. Secondly, the Trumpian constituency which made him possible and was given permission to articulate their prejudices feels emboldened by the past four years. Once you add a sense of victimhood and of feeling cheated by the election, that is a toxic mix which could explode on America’s streets in the coming weeks and even years.

Third, the damage that has been inflicted on the American body politic has been years in the making, and was festering like a set of sores that Trump brought into the open and magnified. It will take decades of leadership, courage and activism to heal those wounds. Fourth, the deep causes and genuine grievances which created a large part of the Trumpian coalition are not going away and need to be addressed: that in a world of unimaginable wealth there is unprecedented inequality, insecurity and powerlessness.

Many people in the US and elsewhere yearn for closure on the never-ending drama, draining exhaustion and high wire act that was the Trump Presidency, and hope that politics will become less like a low-rent reality TV show, and more about governance and statecraft. But it is also true that the shortcomings and conceits of the liberal capitalist order and economy, and the political class and its supporters, made Trump possible. Their belief that the world can return to a neat predictable order is also part of the problem.

One example of the limits of the global class is provided in Lionel Barber’s recently published diaries, ‘The Powerful and the Damned’. Barber edited the Financial Times for fifteen years – from 2005 to 2020 – and contributed to the FT becoming even more of a respected, authoritative international brand. Barber’s diaries cover the end of the Blair and New Labour era, the banking crash, Brexit, the arrival of Trump, rise of authoritarianism and emergence of China as a global superpower.

It is clear, reading this insider account, who ‘the powerful’ are – a select, narrow group of men in the global class with only the occasional woman (Merkel, briefly Theresa May). But it less clear who ‘the damned’ are, and Barber leaves it for the reader to surmise. Is it the excesses and inequities of the global capitalist system? Is it the capitalists who forget any sense of wider ethics and responsibility and bring the entire system into disrepute? Or is it the forces of populism and authoritarian leaders who have increasing come to the fore?

Barber admits at the onset that during his fifteen years of editorship, his paper missed some huge stories, commenting that the FT failed ‘to appreciate popular disenchantment with authority and elites in the wake of the financial crisis’ and ‘Maybe we were too close to the top people in the City and on Wall Street.’ And his list goes on: ‘We could have better flagged the risks when HBOS and Northern Rock made their dash for growth in the credit boom’ and ‘We were slow to understand and report on the level of tax arbitrage among footloose multinationals.’ And that is without mentioning a decade of Tory austerity, Brexit and Trump.

This list seems to suggest that Barber and the FT were not, and are not, very good at what is meant to be their modus operandi – understanding modern capitalism. Here we come to a fundamental fissure and conflict in the FT view of the world. The FT consistently sought through rigorous journalism to expose the wrong doings, crimes and misdemeanours of individual capitalists and companies. But what it could not do was expand that into a critique of the entire capitalist system, its logic, values and built-in excesses because the FT itself was and is an intrinsic part of that global insider class and could not bring itself to question its own role and part in the system.

In Barber’s reign, the FT did expose the crimes and excesses of capitalists, contributing significantly to the exposure of some of the worst tales of corporate misbehaviour: the Wirecard financial scandal in Germany being just one. But before that they contributed to the building up of the mystic and supposed magic of the men who saw themselves as ‘masters of the universe’ – such as Lloyd Blankfein, chair and CEO of Goldman Sachs, RBS’s Fred Goodwin, BP’s John Browne (Barber calling him ‘the outstanding businessman of his age’ when he resigns in scandal), and leading figures at the World Bank and IMF.

As the world became more turbulent and difficult to manage the FT often found itself missing the story even when it was placed directly in front of it. For example, in the run-up to the 2016 EU referendum and vote for Brexit the FT had a discussion with Dominic Cummings of Vote Leave (now chief adviser to Boris Johnson).

Barber records that when Cummings was asked about the economic cost of Brexit: ‘Cummings says he has no idea what damage such a shock might do. The figure is unknowable and the ordinary person in the street would have little understanding anyway. The enormity of the faux pas sinks in. Cummings, momentarily flummoxed, says: “This conversation is off the record, right?”’ Barber reflects: ‘I could throw him overboard but offer a lifeline of sorts, stating to Cummings ‘a lot of people come to the FT and show contempt for ordinary people’.’

The diaries are filled with such indictments of the enlightened liberal class being unable to comprehend the reality of global capitalism, and the reckless vandalism of people like Cummings who see themselves as counter-revolutionaries. The FT was, and is, part of a social contract of the insider class and capitalist system which does not quite grasp the moral degeneration of that system. Fintan O’Toole observed that all of this is because there is ‘a tacit contract at work’. It goes along the lines of: ‘If you want to be intimate with the power players, you can reveal some of their dirty secrets. What you must not reveal is what is actually not a secret at all: that the world they have created is neither sustainable nor compatible with liberal democracy.’

Some in their shining towers still feel surprised at the rise of Trump, Brexit and populists. These are not going to just naturally blow themselves out or quietly slip away. They will have to be defeated in open, difficult arguments which involve more confidence, coherence and an alternative explanation of the world than that on offer from the likes of Joe Biden and the Democrats. That alternative is not fully formed anywhere yet, but has to speak to the present and the malign state of so much of the world, while sketching out a compelling, believable vision of the future which does not reinforce the conceits of hollowed out liberalism or a leftism relying on simplistic slogans. No one said it was going to be easy.

In the next few days we have to hope the US and the world can avoid the disaster of a second term Trump Presidency – which realistically could only come via some kind of quasi-constitutional coup. The international chess champion and human rights campaigner Garry Kasparov on the eve of the US election warned that the maintenance of democracy and the idea of the Republic was at risk if there were another four Trump years stating:

A Trump victory would legitimize his politics and policies the way his election in 2016 normalized his rhetoric. Then, after four more years of Trumpism, the only question would likely be: Who is the next Trump in line? The autocrat’s heirs could be expected to carry on the assault on the remaining pillars of American democracy. When one side fights for power at all costs against those defending the rule of law, time is not on the side of the law.

History is littered with warnings not listened to or acted upon and disasters which could have been avoided. The American cultural commentator and playwright Bonnie Greer said last week when talking about the US election, Trump v. Biden, and the dishonesty and incompetence of Boris Johnson about the leadership issue: ‘We need to check ourselves. Our leader is us. If we think the leader is somewhere remote up in the stratosphere that is what we deserve.’

The need for a different kind of politics, leadership and statecraft has never been more urgently needed. Trump has been a warning of what can happen when things go wrong – one which the Financial Times and global class view of the world still does not comprehend or understand the reasons for. We may just be able to escape the chaos and malevolence of the Trump Presidency; it will be unlikely we will get a second escape should the world continue on its present path.