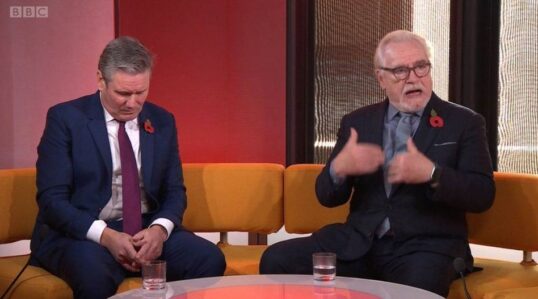 The Keir Starmer-Brian Cox exchange tells us how Scottish independence needs to be reframed Gerry Hassan The National, 9 November 2021 The past week has been one of the worst in British public life for decades as the scale of corruption of the UK Government and the Tories has been further revealed. This should be a good time for Labour and Keir Starmer – the latter appearing on BBC’s Andrew Marr Show after a period in isolation due to COVID. Instead, Starmer gave an interview where his main takeaway was that the UK should shift focus from “Get Brexit Done”