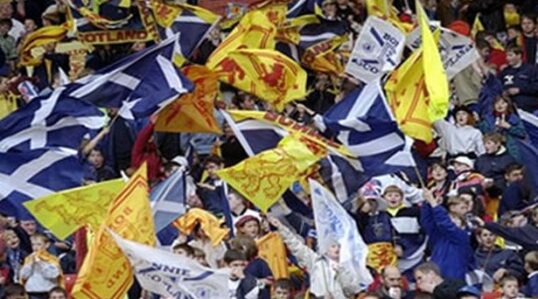 Edinburgh: Inspiring Capital for Whom? Gerry Hassan Sunday National, July 21st 2019 The world – or rather a very narrow, self-selecting part of it – is preparing to head to Edinburgh for the annual carnival of festivals and the Fringe. These are good times for Edinburgh. It has experienced over two decades of sustained population growth – up from under 450,000 to 513,000, a rise of 14%. Unemployment is at a record low and across the city in sector after sector it feels like a boom town. This is, in the eyes of the official version of the city, a

Hugh McIlvanney: A Moral Compass and the Power of Words Gerry Hassan Scottish Review, January 30th 2019 The tributes paid to Hugh McIlvanney spoke volumes for the influence of the man, his writing and for his humanity. They were laced with recollections and memorable stories of late nights, pressurised deadlines, and long conversations - often involving drink. They came from far and wide across the spectrum including Donald Trelford, former editor of ‘The Observer’; Alex Ferguson, ex-manager of Aberdeen FC and Manchester United FC; Graham Spiers of The Times; Liam McIlvanney remembering his uncle; stars such as George Foreman

Continue Reading Hugh McIlvanney: A Moral Compass and the Power of Words

Toxic Masculinity must be defeated. Silence is not an option for any of us Gerry Hassan Scottish Review, October 10th 2018 Hate seems to be everywhere in public life. This week Scottish Justice minister Humza Yousaf floated making misogyny a specific hate crime illegal, while in the previous week, the Scottish Government launched a high profile campaign against hate crime. Look around the world for numerous, state-sponsored examples - US President Donald Trump, the Filipino President Rodrigo Duterte with his rape comment after the killing of an Australian missionary Jacqueline Hamill that ‘the mayor should have been first’, and Brazilian

Continue Reading Toxic Masculinity must be defeated. Silence is not an option for any of us

Who is going to champion Glasgow? Life after the GSA fire and the threat to the CCA Gerry Hassan Scottish Review, September 12th 2018 Glasgow hasn’t had to look too far to seek its troubles of late. There has been the devastating Glasgow School of Art fire (the second in four years), followed by the seeming abandonment of Sauchiehall Street businesses and residents. And if that weren’t enough in the last week there have been concerns that the acclaimed arts and cultural venue, the Centre for Contemporary Arts (CCA), shut since the GSA fire, faces the prospect of closure. The

Continue Reading Who is going to champion Glasgow? Life after the GSA fire and the threat to the CCA

Culture in Scotland in the midst of storms: A Call for Dangerous Cultures Gerry Hassan Bella Caledonia, March 16th 2018 Culture in Scotland is in difficult times: public spending cuts, the lost decade of stagnant living standards for the vast majority of people, limits to the Scottish Government’s largesse and devolution powers, controversy over Creative Scotland’s decision making and funding priorities resulting in the debate over the future of the Scottish Youth Theatre - and much more (with some questioning the continued existence of Creative Scotland). If you think these are dangerous waters you ain’t seen nothing yet. While some

Continue Reading Culture in Scotland in the midst of storms: A Call for Dangerous Cultures

Time to Put the Culture into Creative Scotland Gerry Hassan Scottish Review, February 7th 2018 Creative Scotland’s latest stramash has again brought arts funding, decision-making and the role of the organisation centrestage. It is a recurring problem. After the good news story before Christmas, of Culture Secretary Fiona Hyslop announcing - against expectations - a real terms increase in the funding of Creative Scotland, all seemed for a brief period sweetness and light. Then came the announcement on 25 January for Regularly Funding Organisations (RFOs), who have a three-year funding cycle, of significant cuts in a host of success stories

Continue Reading Time to Put the Culture into Creative Scotland

Michael Marra: The Bard of Dundee and Modern Scotland Gerry Hassan Scottish Review, December 13th 2017 Michael Marra – musician, artist and force for good – was a precious Scottish gem. He was unique in his art but also in his delivery and style; singularly understated, modest and often humble to the extent that at times he hugely underpromoted himself and his work. It is worthwhile celebrating that the writer James Robertson has contributed his time and intelligence to produce a biography of Marra - ‘Michael Marra: Arrest This Moment’. This is a fascinating book, and important beyond the subject

Andrew O’Hagan’s Scotland, Storytellers, Culture and Politics Gerry Hassan Scottish Review, August 23rd 2017 Andrew O’Hagan is a gifted, talented writer and intellectual force who both encapsulates curiosity and creativity and encourages it in others. Last week he gave a fascinating keynote address in Edinburgh on the subject of Scotland. O’Hagan’s very public painful relationship with modern Scotland has in the past created waves and controversies. He grew up in Kilwinning, Ayrshire, from a working class Catholic background scarred by the memories and shadow of intolerance and sectarianism. This left its mark on O’Hagan, and like James McMillan many of

A World of Borders, Space and Culture: A Tribute to Roanne Dods Gerry Hassan Scottish Review, May 31st 2017 Much of modern life is shaped by the chasm between the official narratives of institutions, authority and experts and how most of us experience everyday life. This is obvious in the bizarre experience of Britain and Scotland’s current election - one which is consuming the attentions of the political classes and its hangers-on, but which is bemusing and infuriating most of the rest of us. Don’t switch-off now. This isn’t another piece about the election and how awful it is. Instead,

Continue Reading A World of Borders, Space and Culture: A Tribute to Roanne Dods