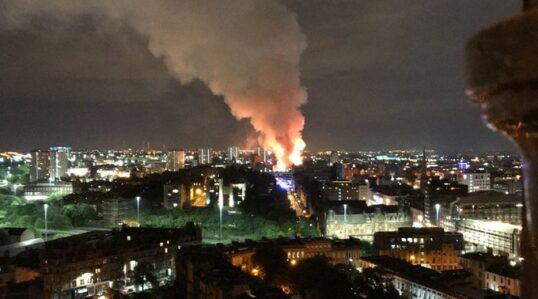 Glasgow School of Art, Power and the Chumocracy Gerry Hassan Scottish Review, 28 September 2021 How power is held to account has been a problem in Scotland, predating the Scottish Parliament and the independence debate – neither of which have aided the shining of a light into the recesses of public life which for too long have been in darkness. Many public institutions and bodies have fallen short and let down people, with their failings only brought to wider attention too late or long after the event – from deaths in hospitals such as the Queen Elizabeth hospital in Glasgow

Continue Reading Glasgow School of Art, Power and the Chumocracy 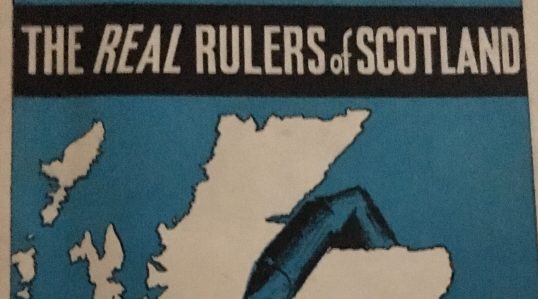 Let’s Talk about Power in Scotland Gerry Hassan Sunday National, October 25th 2020 Britain is broken. Its state and government is callous, indifferent and incapable of looking after the interests of the people. And even more so, the British establishment – old and new – only cares about itself and its cronies. As Britain is engulfed in multiple crises, we cannot just sit back and idly watch and assume that we are different and morally better here. We have to prove that this is so, and embody it in our actions. The now well-used term ‘British establishment’ slipped into popular

Sorry seems to be the hardest word in Scotland Gerry Hassan Scottish Review, May 17th 2017 Power and privilege seldom likes to have to openly reflect on its place in front of others. Instead, power likes to present its position as a natural state of affairs – to just be, manifesting and imbuing a sense of its own importance. This is how power exerts and expresses itself, from the City of London to senior bankers and the forces of international capitalism. The same is true of Scotland and in recent years this has been aided by, in significant areas, power

Continue Reading Sorry seems to be the hardest word in Scotland

Shining a Spotlight on Power in the Darkness in Scotland Gerry Hassan Bella Caledonia, April 29th 2016 A few months ago I watched the award-winning film ‘Spotlight’ - the story of the ‘Boston Globe’s’ investigative unit of the same name that examined allegations of Catholic Church sexual abuse. Although set in Boston in 2001 the film has a linear story - and old-fashioned feel. This is reinforced by its serious subject matter and straightforward approach that helped it win several Oscars this year, including for best film. I couldn’t help but be moved by the immediate story the film conveyed,

The UK has failed but we have to address Scottish shortcomings Gerry Hassan Newsnet Scotland, April 26th 2014 The Scottish independence debate is about many things. It is about the state of modern Scotland and its different possible futures. But it is also about the condition of the UK, its multiple crises and how these impact north of the border. The state of the United Kingdom is one of the main drivers of the Scottish debate. It has become an accepted fact that the UK is one of the most unequal countries in the developed world, ranked fourth in a

The Birth Pains of Scottish Democracy and the Anguish of ‘Posh Scotland’ Gerry Hassan Scottish Review, February 26th 2014 Many strange things will be written about Scotland this year. Some will be uncomprehending, some inappropriate or wrong, with others likely to be malevolent and wishing to sew seeds of confusion or distrust. One existing strand is the pain expressed by some English media voices. There is the liberal ‘Guardian’ reading classes, some of whom have just bothered in the last few weeks to look north from their cosmopolitan concerns and to plea, ‘don’t leave us alone with the wicked Tories’.

Scotland’s Historic Year and the Zeal of the Missionary Men Gerry Hassan Scottish Review, February 12th 2014 This is Scotland’s great date with destiny. The biggest moment in 300 years of history. So how are we doing versus the hype and expectation? There is an echo chamber in large parts of public life which so far most of the Yes/No debate has amplified. There is the trench warfare of various tribal positions and the numerous one-way conversations with people talking past one another. And just as problematically, in some of the radical shades of opinion and institutional Scotland, there is

Michael Forbes, Donald Trump and the Unpredictable Scotland Emerging Gerry Hassan The Scotsman, December 1st 2012 The Scots have a strange and often perplexing relationship with those in authority and power. Sometimes we damn them and at other times we choose to believe their official story. More often than we show a lack of curiosity in scrutinising and challenging authority. Instead, there is a deafening silence of the Scots across large acres of public life, in conferences, gatherings and fora which represent ‘civic Scotland’. Michael Forbes has been a huge exception to this general rule. The Aberdeenshire farmer who stood

The Self-Preservation Society of ‘Civic Scotland’ Gerry Hassan The Scotsman, January 21st 2012 ‘Civic Scotland’ has been spotted these last few weeks, out in public, on manoeuvres, laying out their claims to be not forgotten in ‘the great debate’ about to ensue. The official story of ‘civic Scotland’ matters because various people in the voluntary sector, trade unions and churches are articulating a very partial version of history to justify their place and stance now. And at the minimum we should, like every aspect of public life, put this and its claims under proper scrutiny. ‘Civic Scotland’ says that

The Divine Right to Rule: Power and the Scots Gerry Hassan The Scotsman, March 12th 2011 Scotland likes to see itself as a land of passion, romance and rebellion: a disputatious society where no one is allowed to get too big for their boots: a permanent ‘diverse assembly’ in Robert Crawford’s telling phrase. At the same time the Scots have displayed a curious attitude towards power, who has it, how they exercise it, and what it means. One could characterise it as an indifference, but it slips over into something much stronger: acquiescence. One account, found in the Scottish Government

Continue Reading The Divine Right to Rule: Power and the Scots