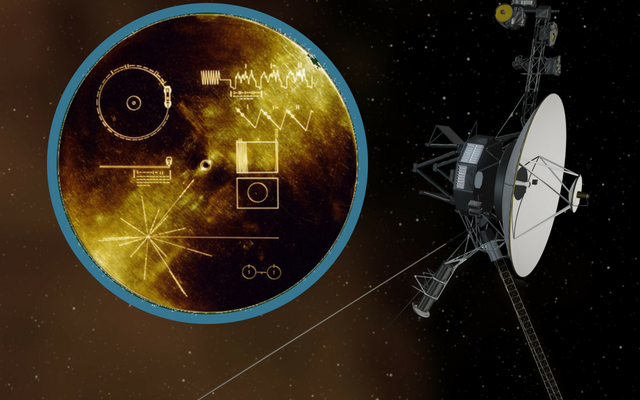 ‘All Things Must Pass’, ‘Sgt. Pepper’ and what happens after the human race?

Just over a week ago I was immersing myself in the Beatles ‘Sgt. Pepper’. I have never been its biggest admirer, preferring the experimentation of the later works and the sheer exuberance and pop brilliance of the early singles and albums.

But the various reissues of ‘Sgt. Pepper’ and in particularly the 50th anniversary reissue which came out a few years ago has finally allowed me to appreciate the staggering kaleidoscope of its sound and range of songs.

As I was reflecting on this and the wonder of the Beatles a sudden thought struck me which I had never seriously considered. Namely, what happens to all this human creativity and imagination after the human race is long gone and further down the line planet earth itself is reduced to nothing? Where does it all go – or are we all just in the end dust?

Is it true that everything that we have ever created – I am thinking in the world of arts and culture beyond the physical manifestations such as bridges, buildings and settlements – will just disappear? The Beatles, Miles Davis, Frank Sinatra, Duke Ellington, film, theatre, novels, paintings? Are even our greatest achievements just mere insignificant dots in the arc of the universe which amount in the bigger scheme of things to transitory, passing moments?

Time capsules and burying them to survive a thousand years plus are not the answer for they will eventually go the way of humanity and the planet. A futuristic Norwegian scheme called Project ARV aims to archive music for a 1,000 plus years in an Arctic World Archive within the Global Seed Vault 300 metres beneath a mountain in Svalbard (formerly Spitsbergen) off the northern coast of mainland Norway. But none of this deals with the timeframes we need to think about.

The earth’s radio signals have been broadcasting out into space since the days of Guglielmo Marconi in 1894-95 – after being predicted by Scottish scientist James Clerk Maxwell in 1867. They are slowly travelling further and further into outer space – way past the furthest limits of the solar system. On one calculation they have already travelled 200 light years – which sounds an epic distance and it is – but this is a mere spot on the landscape that is our own galaxy, the Milky Way, which is itself one of two trillion of galaxies in the universe that we know about and can comprehend.

Some people have even calculated what the nearest stars could be listening to from past hit parades. Nearer bodies are just wigging out to the sounds of early Taylor Swift, some further away could just be experiencing the grandiose male posturing of Oasis and ‘Britpop’, others on more distance planes could be enjoying the summer of love with all its hope and conceits for the first time, and even further afield, some worlds could be discovering the experimentation and boundary pushing of the 1940s jazz pioneers.

Whilst listening to ‘Sgt. Pepper’ I took some succour in the reassuring thought that deep into space, by a faraway star and an EXO planet orbiting it, some form of intelligent lifeforce would eventually point their tracking stations to the stars and in our general direction and tune into the best of humanity’s sounds. Not just ‘Pepper’, but all those other wonderful, varied, complex musical sounds which have been captured by recorded technology. But that might be a forlorn hope – given that the further radio signals travel the weaker they become before they eventually dissipate.

There is a connection in all this to the reissue last week of George Harrison’s ‘All Things Must Pass’ – which has been remastered and represented in an even more lavish form to mark its 50th anniversary (one year later due to COVID). The original was a triple album which came in a big box; now in today’s age of excess reissues you can get an eight LP or five CD set. And if that were not enough and you have money to burn there is a limited edition luxury version which apparently has its own miniature gnomes – based on the garden gnomes from Harrison’s estate which appeared on the original 1970 cover.

It is an album and set of songs (‘My Sweet Lord’, ‘What is Life?’ most famously) filled with exhilaration, liberation, reflection and freedom. They represent a man and artist – Harrison was 27 when he recorded these tracks – who found his voice and talent in the Beatles. He then found the condescension of Paul and John suffocating, as his songwriting blossomed and they continued to disparage his growing compositional abilities. It is also an artistic statement infused from the title track down with a sense of the impermanence of human life and existence, of the hollowness of the material world and much of what we do, of a belief in finding meaning and higher purpose, and a call for greater consciousness.

Music has already been sent into space. NASA’s Voyager One and Two – both launched in 1977 – had ‘Voyager’s Golden Record’ strapped to their sides. This summary of the human race and planet earth selected by Carl Sagan contains snippets of 59 of the world’s languages along with a selection of recorded music. The vast majority of the music is classical – Bach and Mozart; but there are tracks from Benin and the Mbuti of the Ituri rainforest in the eastern Congo; and three tracks representing the blues, jazz and rock and roll – Chuck Berry’s ‘Johnny B. Goode, Louis Armstrong and His Hot Seven’s ‘Melancholy Blues’ and Blind Willie Johnson’s ‘Dark Was the Night, Cold Was the Ground’.

This musical lifeboat is to this date the only concerted summary of the musical endeavours of the human race sent beyond earth. This seems a bit of an oversight what with our desire to understand our place in the universe, the search for extra-terrestrial life, and also to put it bluntly, the mess the human race has made of its custodianship of planet earth. As we speak several centuries of destructive capitalism and industrialisation have seen the earth’s fragile eco-system pay a heavy price and so far humanity has not been able to agree on how to co-operate to save the climate and planet. Maybe with this backdrop we should start thinking about future missions to the stars.

After all given the state of humanity and our shortcomings in realising the crisis we have created do we really want to leave what goes into the skies and stars to the worst of our age and character – the self-obsessed alpha male narcissists Richard Branson, Elon Musk and Jeff Bezos, and their grotesquely titled ‘billionaire space race.’

It raises questions about what would be an apt summary of the best of humanity? Who should decide it? And what would be the most appropriate musical soundtrack to send across the universe in the hope that future civilisations might appreciate what gave us moments of fleeting joy, enlightenment and celebration, before the human race go the way of all lifeforms on this planet have either already done or will do: become extinct.

If this sounds too much like the end of the original ‘Planet of the Apes’ it should at least put what we do in some context. Yes humanity has done immense harm to the fabric and eco-system of this planet and wiped out thousands of species, wildlife and their habitats. And at the same time we seem pre-COP26 to be unable to take responsibility and change our own behaviours and reject our self-interest – both individual and collective.

All of this is true but wouldn’t be a good sign if we could think about the post-human, even post-earth future and what we would like to leave to the posterity of the stars and the hit parade of the universe? We could decide that we do not want to leave such legacy statements to the self-aggandisement of the billionaire classes. Who knows, by having a conversation on what is precious, unique and worth trying to save, we might be able to advance the growth of humanity and step up to face the challenges of the messes and damage we have done to this still beautiful world.