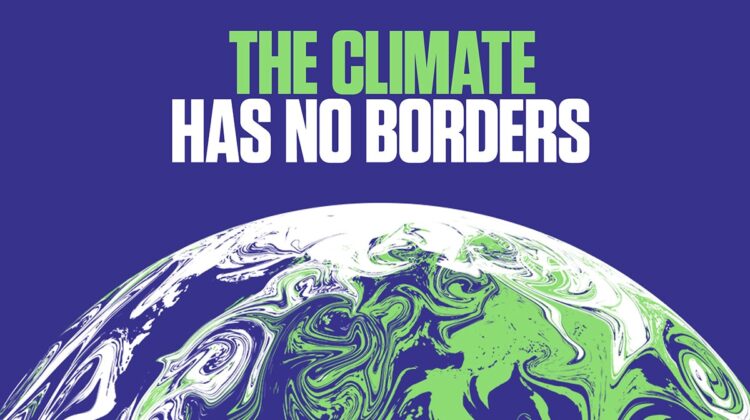 As COP 26 meets ‘It’s the Economy, Stupid’ which needs to change

The world’s media currently has one subject – will COP26 succeed in committing leading nations to act and change their ways on climate change. What is less talked about are economic assumptions and versions of the economy, who gains and who loses from it – not just in the UK and developed world but globally.

Nearly thirty years ago Bill Clinton and the Democrats came up with “It’s the Economy, Stupid.” This not only prioritised economic growth but indicated that the centre-left stopped talking about big issues in the economy and accepted the agenda of the right regarding light touch regulation, low corporate taxes and avoiding questions of ownership.

Since then the centre-left in the UK, US and elsewhere in the developed world has had a self-denying ordinance about political economy and challenging the modes of corporate capitalism. This dogma has been kept to even as the capitalist global order has shown itself to be in crisis – whether the 2008 banking crash or the ongoing COVID pandemic.

Its vice-like grip can be seen in the anodyne way most Labour, Lib Dem, SNP and even Green politicians in the UK talk about the economy. Even the Corbyn insurrection in Labour, while intending to challenge existing economic orthodoxies, did so only at a rhetorical and general level – with the party’s 2017 popular election manifesto not looking out of place in pre-Thatcherite politics, and the whole Corbyn period now looking like an interregnum.

With forty years of accepting the norms of Thatcherite economics, the centre-left has had little room and resources to understand the limitations of British capitalism, critique the Anglo-American model, and the shortcomings of neo-liberal dogma.

Last week two occasions showcased the way to challenge this state of affairs in offering pointers to a world beyond neo-liberalism. In light of Rishi Sunak’s budget BBC Question Time gave a platform to Miatta Fahnbulleh of the New Economics Foundation (NEF) who totally bossed the Tory Lucy Frazer, Financial Secretary to the Treasury, on Tory claims on taxation, the economy, and on the UK’s record of low growth and productivity.

Fahnbulleh challenged Frazer’s spin that “people are on average £500 per head better off” per year, citing the evidence of the Office for Budget Responsibility, Institute for Fiscal Studies and Resolution Foundation. But even more she talked about economics in detail – laying out the appalling record the UK has for growth, productivity, research and development – which NEF alone among the UK’s senior think tanks has consistently done.

Two days later and the glaring insouciance of the “global Britain” class and insider politics were displayed by ex-George Osborne adviser Rupert Harrison, now of BlackRock the investment firm, on the BBC Radio 4’s The Week in Westminster. His intolerance of such little things as the UK record on productivity, R&D, growth and inflation were dismissed with the comment: ‘frankly there is not much government can do about that.”

This is the chosen argument of the right now: the UK might be falling apart, but none of this is the fault of the UK Government and the ruling elite, so buckle up for a bumpy ride and pipe down.

This was followed by a revealing exchange between the former City trader turned reform advocate Gary Stevenson and the right-wing Spectator staffer Kate Andrews. Stevenson spoke of the rise of the billionaire class in the UK and world, their disconnection from the economy and the real world the rest of us live in, and how the past 18 months of COVID, (aided by Quantitative Easing in the UK when the government pumped billions into the economy) has led to their wealth rising by £106 billion in the UK alone (the equivalent of £290 million more per day).

Right-wing Kate Andrews was shocked to hear someone who knew how the City and billionaire class work speaking this reality and reacted with disdain, claiming that wealth taxes on the rich “break the social contract between government and citizens” – something the think-tanks she has worked for favour, despite it trashing the rights of most of us. And when that failed she went low and got personal – which was telling.

These instances show that the broken economic model that has disfigured UK society and dominated its politics can be taken on when people have an informed critique and know what they are talking about.

The past forty years of neo-liberalism promised to tear down the state and regulation and herald an age of economic freedom and prosperity. The reality is that UK growth post-1979 is on average lower than in the decades post-1945, and the UK has now become a low growth, low wage economy with millions condemned to poor jobs, dire working conditions and lack of rights and security at work.

It is critical that politics talks about political economy and the broken economic model of British capitalism. We have to develop a political literacy about the evolution of capitalism in the UK, the experience of the Anglo-American version, and their capture by the forces of neo-liberalism which have morphed into a corporate cannibalistic capitalism.

Then the version of independence, floated by first Alex Salmond and then the SNP’s Growth Commission, was informed by making peace with the British version of capitalism and neo-liberalism, despite all the evidence of their shortcomings.

There have been exceptions to this in Scotland: the work of George Kerevan for one; the analysis of Katherine Trebeck and the Well-Being Economic Alliance another. But such has been the weight of conformity, either buying into the British version of capitalism and neo-liberalism or remaining silent on all things economic, that these are isolated outliers.

COP26 and the state of the world: environmentally, economically, in health and well-being, shows that we cannot remain silent or collude with a discredited economic order. Across the West, in the UK and Scotland, we have to urgently start talking about a different version of the economy.

That means understanding economics, and defeating the corrupting forces of neo-liberalism, laying out a different economic prospectus and idea of the economy which goes way beyond the technocratic fixes on offer at COP26.