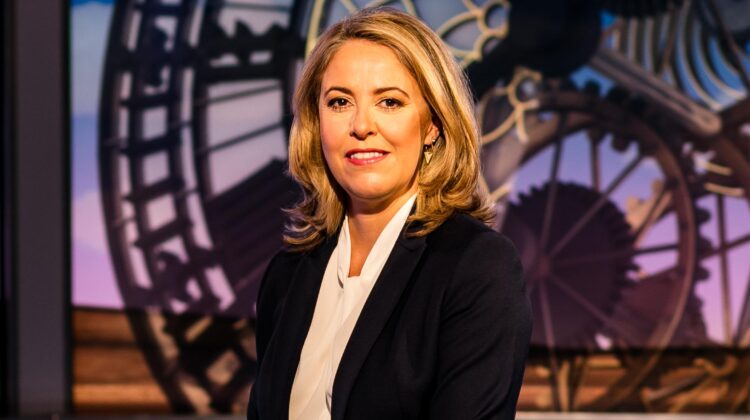 For many years now we have been witnessing a rising tide of intolerance, abuse and threats of intimidation in politics and public life – in Scotland and the UK – with sometimes violence occurring -witness the murder in recent times of the Labour MP Jo Cox and Tory MP David Amess.

This is often just associated with social media, although it is more serious than that, and undoubtedly such platforms have released and amplified voices previously unheard, mediated and filtered. In Scotland it is not only about the independence question but covers all politics – pro-independence, anti-independence, left, centre, right. It is self-evident in the controversy on the rights of trans people and women’s rights. And it is not just confined to politics, but found with a vengeance in football and in particular on the subject of ‘the Old Firm’: Rangers and Celtic.

The parting shots of Sarah Smith from BBC Scotland as she left for the USA, after calling out the online and other abuse she has experienced, were a grim reminder that things are not as they should be. They are a wake-up call not just about abuse, but about how women are treated in public life, how we deal with difference, and also throws up questions about how we deal with perceptions of ‘bias’ in mainstream media.

Smith came to BBC Scotland from Channel 4 News in 2014; as the oldest daughter of former Labour leader John Smith and Elizabeth Smith some have always asserted her Labour bias, ignoring her long pedigree in journalism. Her litany of some of the shocking abuse she has faced included comments like ‘What fucking lies you’re going to be telling on TV tonight, you fucking lying bitch?’ being shouted at her in public.

In response to this, former Scottish Tory leader Ruth Davidson spoke out in support of Smith and recounted some of the vile comments she faces about whether she could be part of a family as a ‘gay parent’ and being ‘fat-shamed online, and abused and threatened in the street’ including when out walking with her son.

Such abuse is completely and utterly inexcusable in Scotland or anywhere and no political differences make it less unacceptable. That is the easy part. The more difficult bit is acting on this, challenging and stamping out such bile, and getting senior politicians and people in public life to consistently act and condemn abuse on all sides.

Just because you disagree with someone doesn’t give you the right to throw intimidatory insults. There is a belief in certain quarters that it is fine to throw any sort of slur at a Tory, and Tory hatred has long been a part of a significant section of left-wing culture. There is also part of pro-independence opinion that sees the Labour Party as the equivalent of ‘Red Tories’ and worse. And then there are the extreme pro-unionists who call the Scottish Nationalists ‘Nazis’, and try to make out the SNP were pro-Nazi in the Second World War – which is completely wrong and an insult to Scotland’s past and present.

Hatred has always been a part of political discourse – think Nye Bevan’s infamous 1948 remark that ‘Tories are lower than vermin’. But it does seem more pervasive now and intense, as anyone watching Louis Theroux’s current BBC series about the extremes in America will realise.

The independence question to some is an existential issue that goes to the core of their identity – Scottish or British – and hence brings up either/or politics and a feeling of all or nothing, winning or being vanquished.

Sarah Smith’s valedictory comments attracted an unedifying pile-on from both sides on Twitter. Pro-independence supporters were less than generous, wishing her good riddance; while pro-union voices felt that this was a terrible indictment of the state of Scotland, and all the fault of the SNP.

Smith’s farewell remarks included a swipe at the degree of ‘bile, hatred and misogyny’ she had encountered that painted a dark, foreboding picture of modern Scotland, that did raise some questions given she is off to cover politics in a Trump-shaped America – a country with one of the highest levels of violence in the developed world.

Her comments gave the impression that this sweeping state of affairs in Scotland was the responsibility of one political tradition and party: Scottish nationalism and the SNP, and thus Nicola Sturgeon and those in senior positions are somehow uniquely responsible. Maybe that is not what she intended, but that is how it could be construed and was interpreted by lots of prominent pro-union voices.

For those who over the years have criticised Sarah Smith and alleged bias at the BBC this needs to be examined. There were several unfortunate and telling slips which did not look good and always came from an anti-Nationalist stance. But ‘bias’ is a serious allegation and would involve systematic spinning and reporting in a certain way.

Looking back at Smith’s years in Scotland, she perhaps failed to demonstrate a layered, nuanced understanding of how Scotland, politics and independence had changed dramatically in her years away. Her feel was for a different Scotland – where Labour were the central reference point and dominant party and independence was at the margins. Smith could have countered that, but consistently showed a disinterest in learning, embracing curiosity and better portraying the Scotland she had in front of her.

Looking at the state of our politics, and around the world, there will sadly be many more instances of people in public life being intimidated, facing offensive comments, and worse being subject to threats of violence. The need to look at the wider culture of why such voices of hatred carry currency and feel empowered to spread their bile is long overdue.

The tolerance and acquiescence of hatred

One thorny issue is how political parties deal with the harbingers of hatred. Take the pro-independence blogger Stuart Campbell who ran the Wings over Scotland site who is, at least for now, inactive. As he built up his following in 2014 and subsequently, he was consistently eulogised by senior SNP politicians despite the invective and abuse he threw at people he disagreed with.

As recently as late 2018, speaking to a SNP Argyll and Bute regional meeting, the party’s deputy leader Keith Brown commended Wings over Scotland as a great source for information for party activists. As the guest speaker, following Brown, my comments that an independent Scotland where the views of someone like Wings were acceptable would not be one I would support brought vigorous agreement from a large part of the audience.

The Smith comments saw senior Scottish Tory Murdo Fraser assert that this was unacceptable in today’s Scotland – and the fault of the SNP: ‘This is horrendous. When Sarah talks about ‘certain parts of the population’, we know EXACTLY whom she is referring to. And who is to blame for it’. This was the same Murdo Fraser who less than one year ago, when Rangers FC fans trashed George Square in Glasgow twice, could not manage to utter one word of condemnation of their mob rule and violence, possibly because he is a Rangers fan himself.

Comments made to, and by, Sarah Smith and Ruth Davidson – and many others – mean we really have to have a ‘zero tolerance’ of haters and bigots. And people in public life and politicians such as Keith Brown and Murdo Fraser have to do better – as we all lose by their endorsements and evasions.

Some of these examples are motivated by playing to the worst aspects of your tribe and telling them what you think they want to hear. Recommending Wings to others as a valid information source and commentator tells the troops that you, like them, are passionate about the cause and will stop at nothing to advance it (apart from hopefully physical violence). While not being able to utter one word of criticism of Rangers fans on the rampage is a clear example of moral cowardice; Fraser was making a West of Scotland calculation of playing to the worst excesses of his base (and that is how it is viewed in Tory circles privately). And in both cases our politics and public life are cheapened and demeaned.

Challenging the haters and pushers of poison is not easy but cutting back the wider pool of permission and validation in which such behaviour sits, and which amplifies and validates them, would be a start.

We need a more mature conversation about the role of media. How do we assess ‘feel’ and ‘nuance’ on such important subjects as independence and the other complex issues we face? How can we have a conversation about ‘bias’ in broadcast media that is not reduced to whether people view the BBC as pro or anti-independence? The BBC clearly occupy an ideological position and set of values and that comes across in much of their news reporting; but that needs exploring, not condemnation or denial.

Social media has provided a huge opening and liberation, bringing in disparate voices many of whom were previously excluded. But action needs to be taken to curb the abusers as well as the disinformation and conspiracy theorists. And in UK media no discussion of bile can be talked about without looking at the role of parts of the mainstream print media – who have a long inglorious history of stigmatising minorities and anyone who does not fit into their narrow view of the world – including sexism, racism, xenophobia and homophobia – all of which is still ongoing.

If we do not act here in Scotland, across the UK and West, this will get worse before it gets better. Politics everywhere reflects bitter divisions and disagreements, while societies have been disfigured by grotesque inequality combined with widespread powerlessness to do anything which fuels the ammunition of the haters and their poison.

Attacking someone’s personality, or some of their attributes or life choices, is always going to be easier and simpler than engaging in a nuanced debate about the divisions, inequality and scale of powerlessness in our societies – and doing so increases our collective sense of powerlessness and agency at a time when we have never needed it more.

The challenges we face are so immense that we have to try – otherwise we will be on a one-way journey to an even more abrasive, violent, disrespectful politics. A place where democracy is under threat, fascism is on the rise and elected politicians and legislatures face scenes of violence: that is the present-day reality of Trump’s America and Sarah Smith’s next calling – and it could be our future unless we get down to basics. Maybe Sarah Smith should watch Louis Theroux’s film on extremism in America to get a sense of what she is letting herself in for. Maybe we should all watch his programme to get a sense of what could be the future here unless we act now.